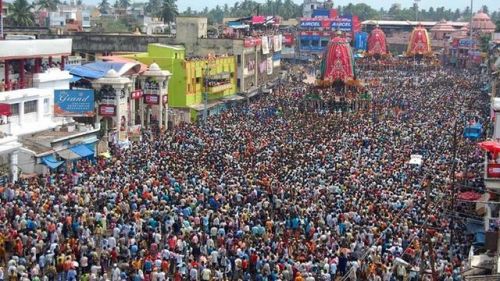 BBC article, 4 July 2019: Rath Yatra – The legend behind world’s largest chariot festival.
One of India’s biggest religious festivals, the Jagannath Puri Rath Yatra, got underway on Thursday.
Believed to be the oldest Rath Yatra or chariot procession in the world, this festival marks the annual ceremonial procession of Lord Jagannath, his elder brother Balabhadra and younger sister Subhadra, from their home temple to another temple, located in what is believed to be their aunt’s home.
This journey is documented in undated Hindu sacred texts known as the Puranas which are believed to have been written a few thousand years ago.
What makes it so interesting?
To read the complete article please click here: https://www.bbc.com/news/world-asia-india-48864239