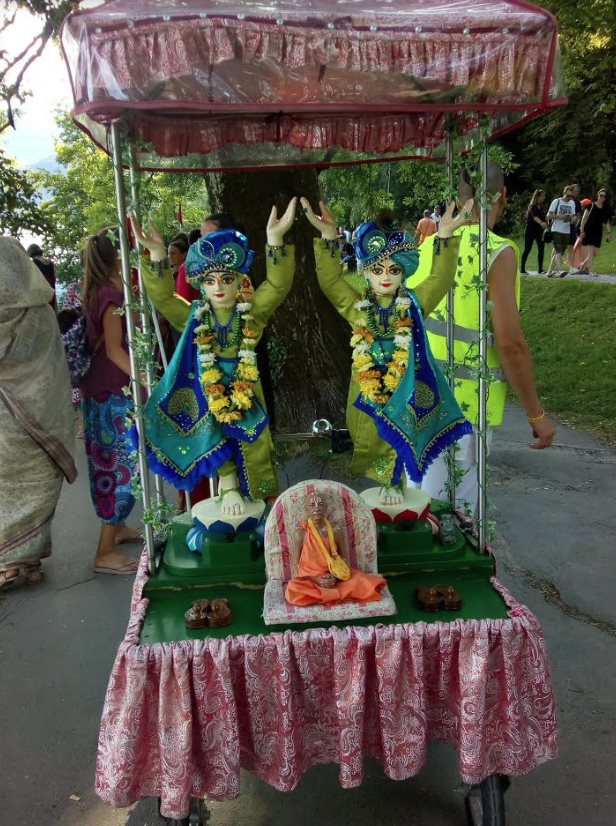 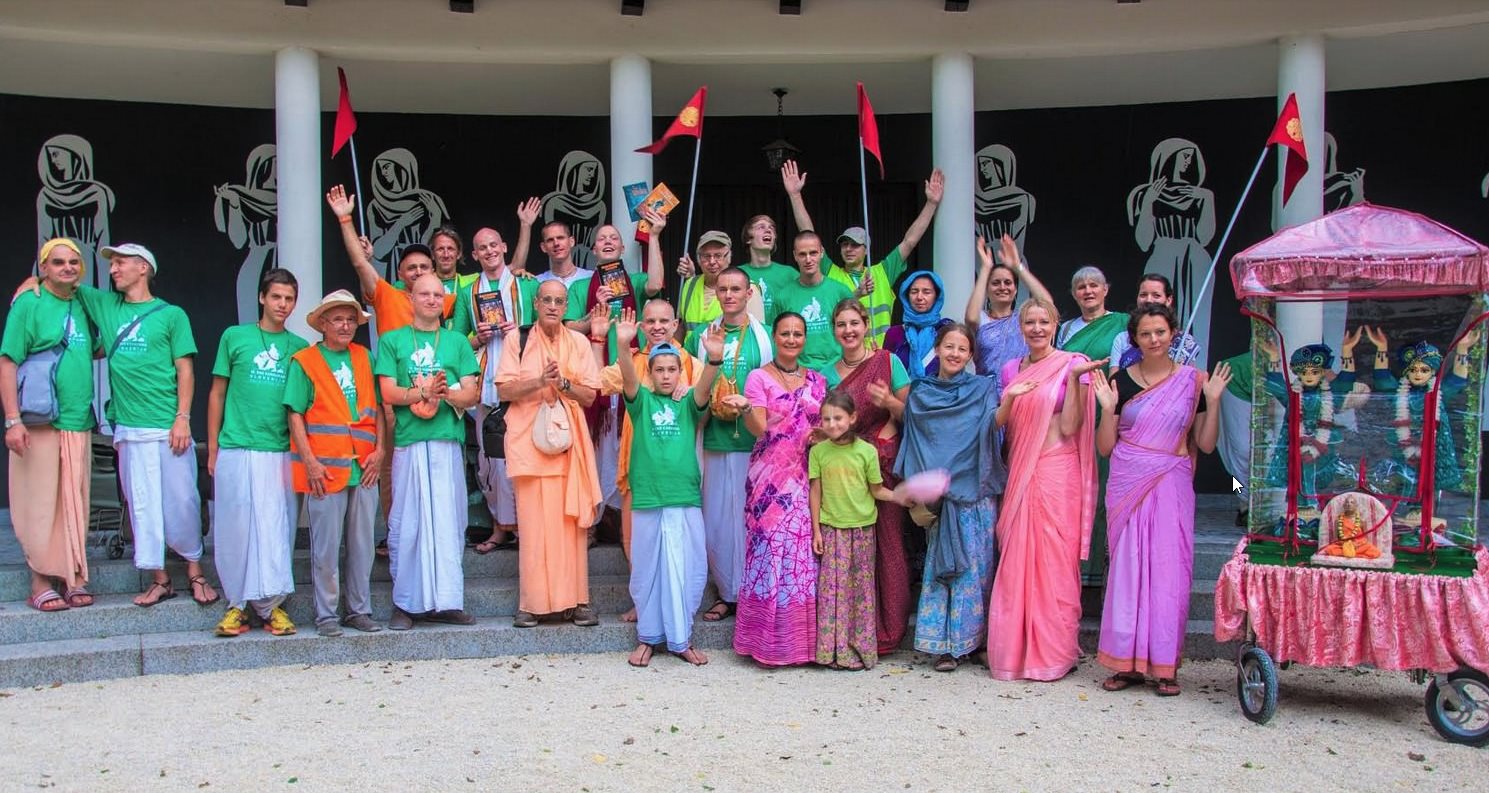 This year, for the eighteenth time, Padayatra festival has been celebrated in the Ljubljana temple community. The Padayatra visited around thirteen villages, most of which are situated about one-hour drive from Ljubljana. Twenty-five to thirty devotees, from different countries such as Croatia, Serbia, Nederland, Italy, Russia and others, came to take part in the festival. For sixteen days the padayatris covered approximately 110 kilometres. Pulling a small hand-drawn cart with Gaura Nitai Deities in front, with loud kirtana, the procession walked through the villages not missing any house.

There were special guests who joined Padayatra. Prahladananda Swami came in the beginning, for a week. He gave Srimad Bhagavatam class every morning and led kirtanas with Padayatra in the afternoons. Maharaja spoke on the importance of performing harinama-sankirtana. He said that it is not enough just to follow the four regulative principales, but one has to take to the harinama-sankirtana, and then with whatever one has he should serve the sankirtana movement. Later Bir Krishna Goswami came to inspire us. Maharaja stayed for four days and each day he gave a class. He said that an empowerment for chanting comes from a proper following of the process of the devotional service and from purity.

As soon as Bir Krishna Goswami left Ljubliana, Narayani Dasi came from Finland to give her valuable association. Mother Narayani preaches traveling all around the world for more than last ten years. She gives seminars on Bhagavad-gita and Srimad Bhagavatam. During four days she gave one and sometimes two classes a day. In one of the classes she said that the holy name is not different from Krishna, in fact it is made of Krishna, and that we can see Krishna through the sound. It was an inspirational talk on the holy name, especially because during the Padayatra we chant it at least three-four hours a day.

Besides the regular walking and chanting hari-kirtana in the villages of Slovenia, some devotees got inspired to do a couple of hours more of kirtana at free time in Tivoli park, a largest park in Ljubliana. That means all together during the Padayatra festival the devotees did five hours of harinama-sankirtana every day. Many books and thousands of vegan-cookies-prasada were being distributed. To give prasada and books we would visit every house if there was a sign that somebody was inside. There were rainy days and it was austere to walk, but nonetheless we kept walking no matter what.

At the end of the Padayatra, the last five days of the festival, Subhag Swami stayed with us giving one class every day. Such a valuable association! Maharaja would join our Padayatra party some days, preaching to the villagers and singing kirtana.