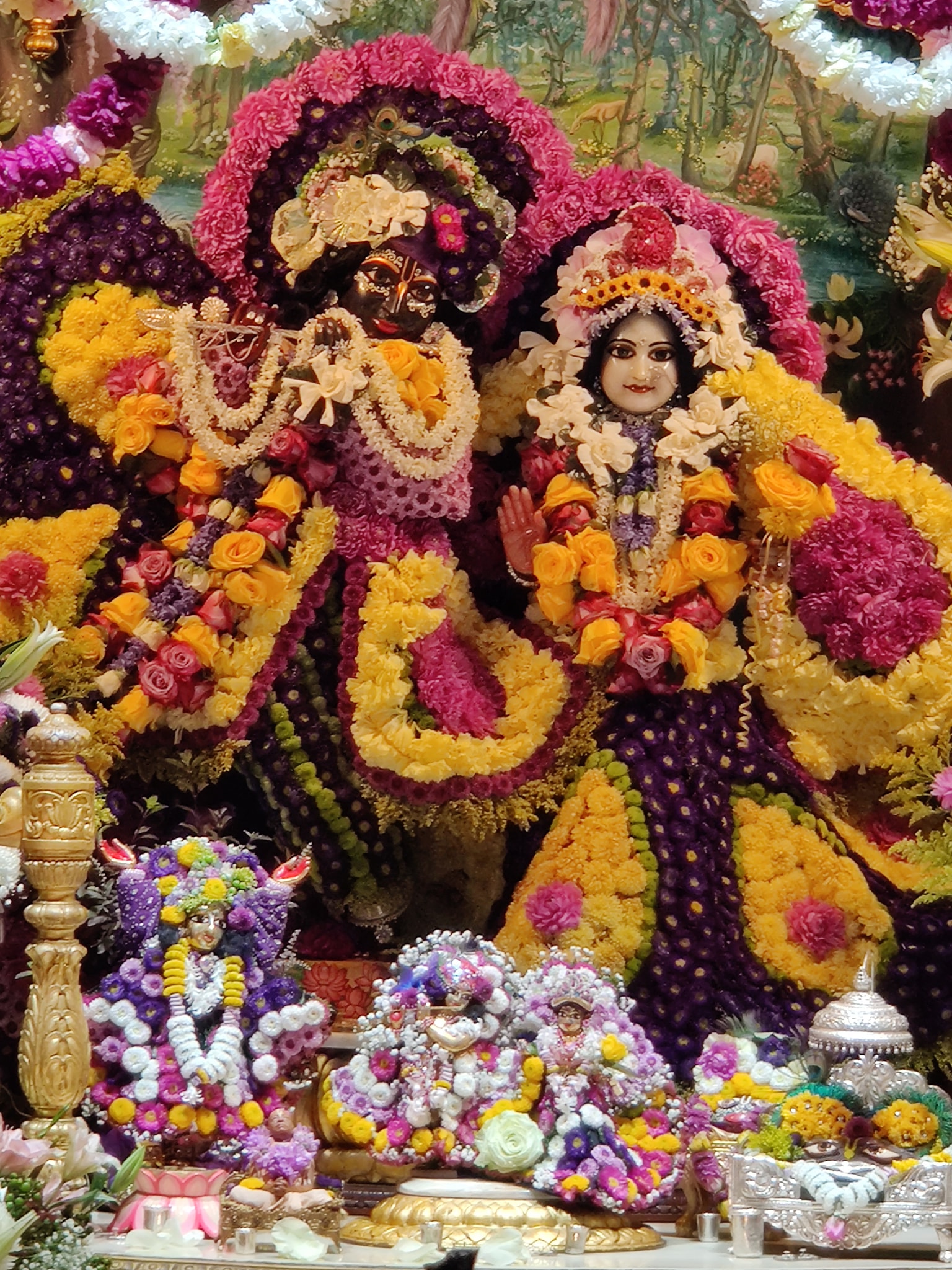 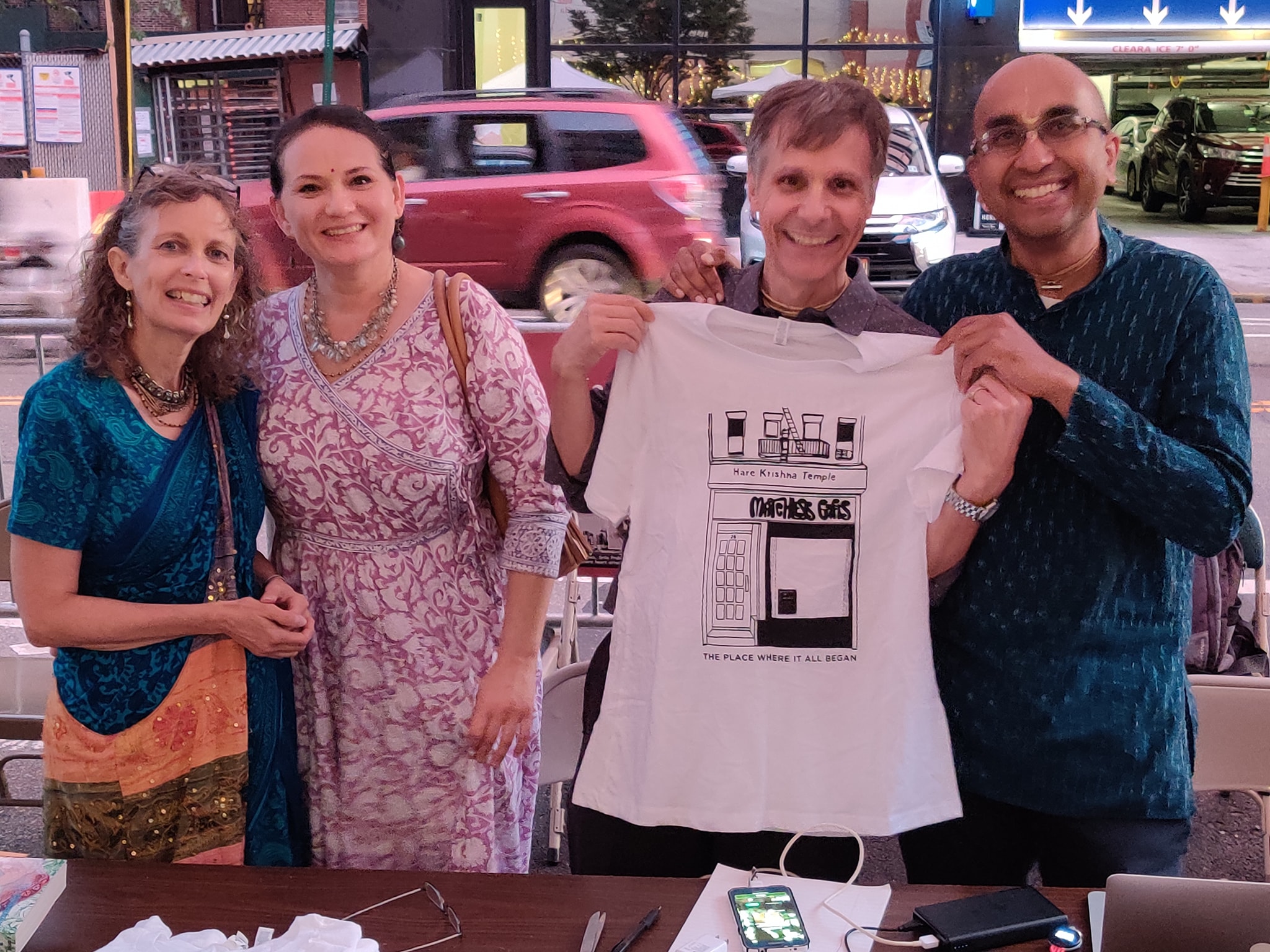 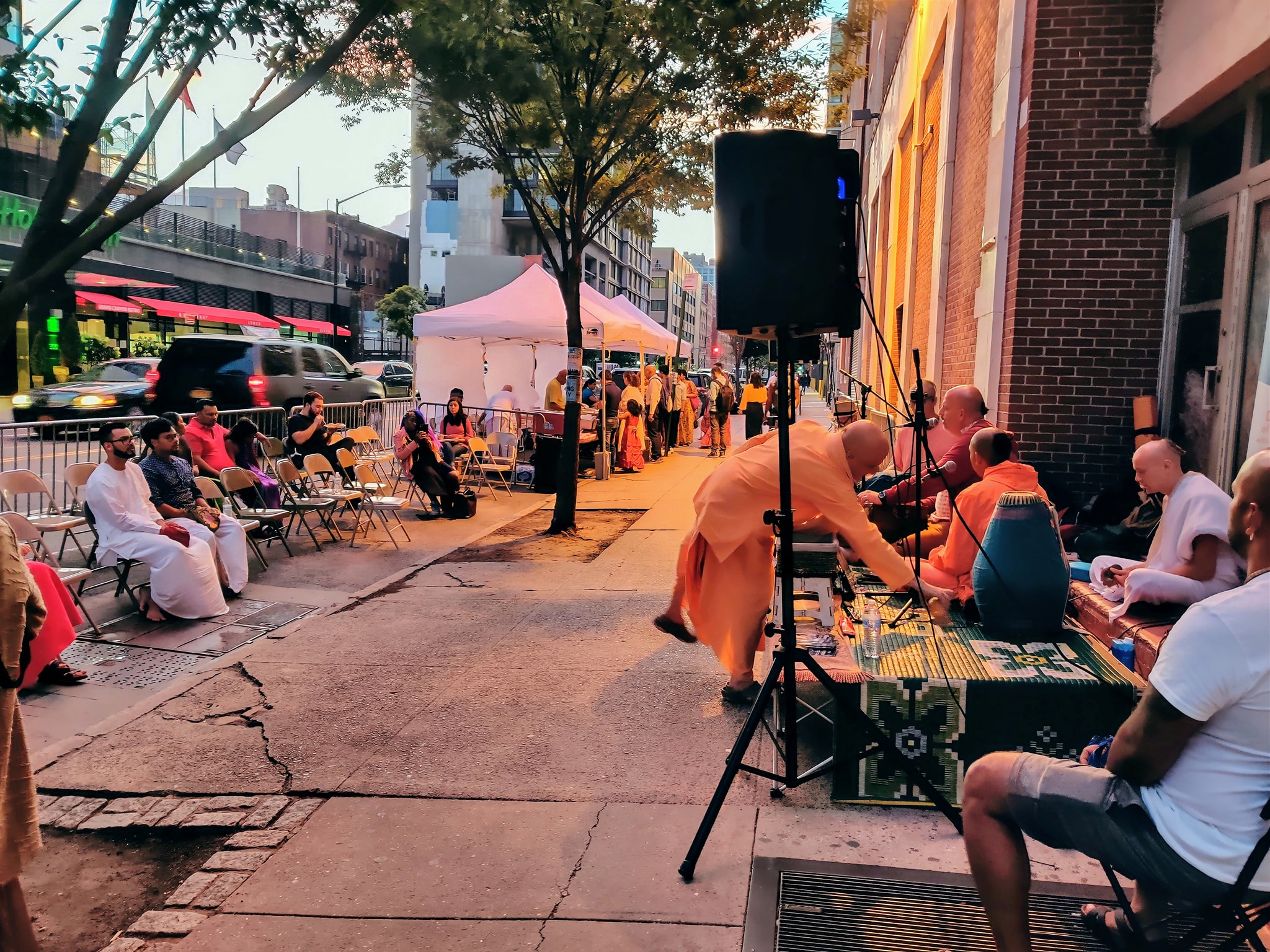 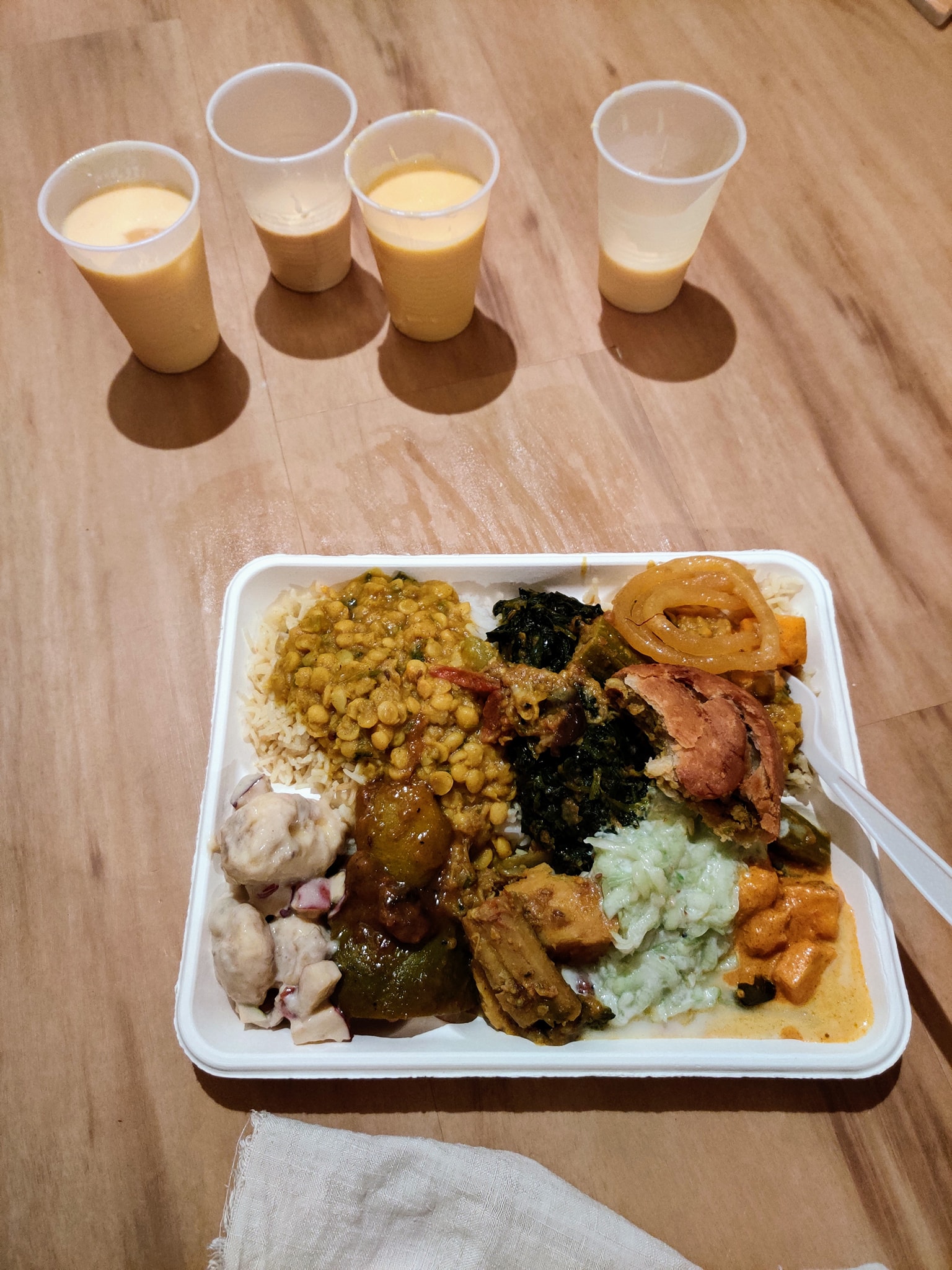 Very special two-day festival to celebrate Janmastami and Srila Prabhupada’s Vyasa Puja at Iskcon Radha Govinda Mandir (RGM) in Brooklyn. Lots of devotees came, several who have not been to RGM in years.

The programs started and ended as per the published schedules, a HUGE step forward. The prasad was absolutely delicious, and everyone attending seemed very happy!

Friday: There were kirtans, three talks on Krishna (three!!) during the evening, a play, bathing of the Deities, and grand darshans. A new concept they tried out was a block party outside the temple from 4 to 9 pm, even while the festivities happened inside. It was complete with stage and sound system for kirtans, and tents for distribution of Prabhupada’s books and prasad, as well as one for painting gopi dots on passersby.

The block party was universally acknowledged to be a hit, with lots of curious passersby and devotees impacted by it favorably.

The President of Brooklyn boro came and said some nice words to the crowd. He even took a selfie which he posted later on social media!

Saturday: A lot of devotees came, including several Prabhupada disciples. The ceremony to honor Srila Prabhupada was sweet, inclusive, and punctual in its start and end. The prasad was OUTSTANDING!

This two-day festival built on the grand success of this year’s New York Rath Yatra. So many enthusiastic devotees pitched in to make it happen. Special thanks to the new president Hansarupa prabhu, who was humbly, continually serving on both days, and to his team, including Pragnesh Surti.

Among those cooking were Garuda Hari and Aradhana prabhus.

If you have not been to RGM lately, please go and check out the temple and see Radha Govinda. You’ll love it there!

Special call-outs to some of the folks who did important services: Maria Jaya Radhe; Shobhamayi devi and her husband Nikunja Bihari prabhu; Niya Ti for directing the well-received play on Friday; the Yuga Dharma monks headed by Rama Raya prabhu for chanting at the block party and distributing so many books; Mithuna prabhu for getting the permit for the block party; the temple residents; and last but not the least, the amazing Cuffee family of devotees who made two of the three flower dresses offered to Radha Govinda and did so much other seva!