“No Faith In War” 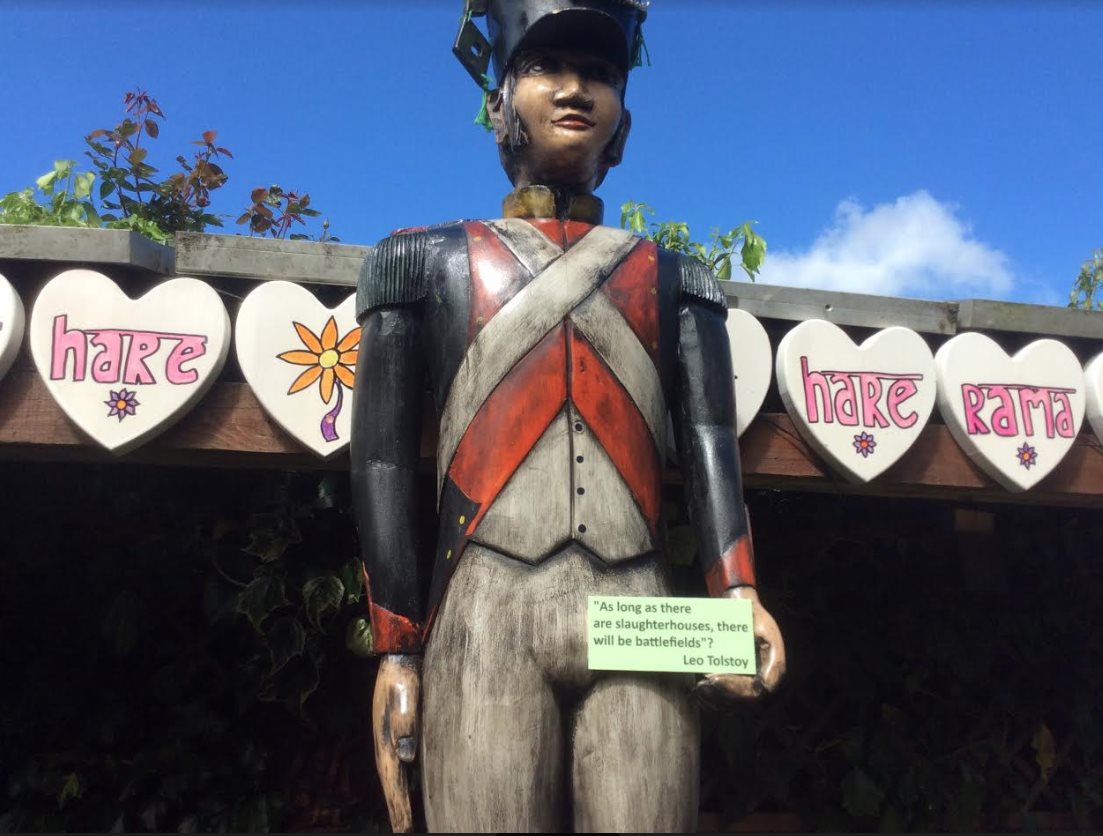 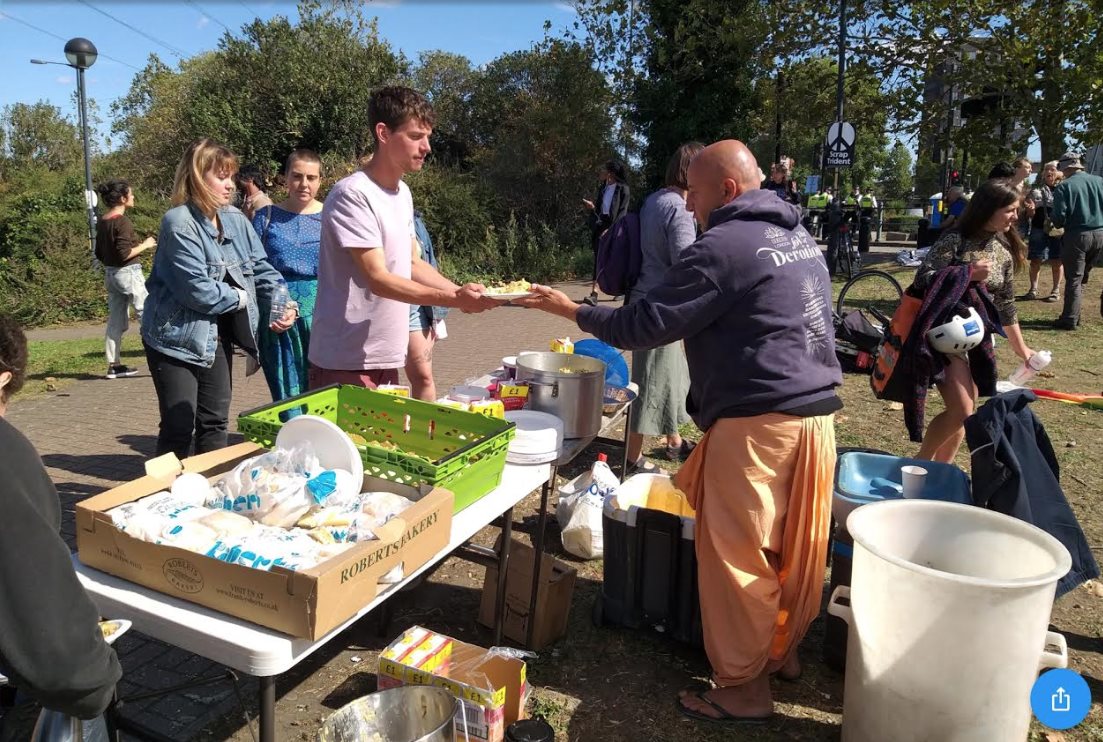 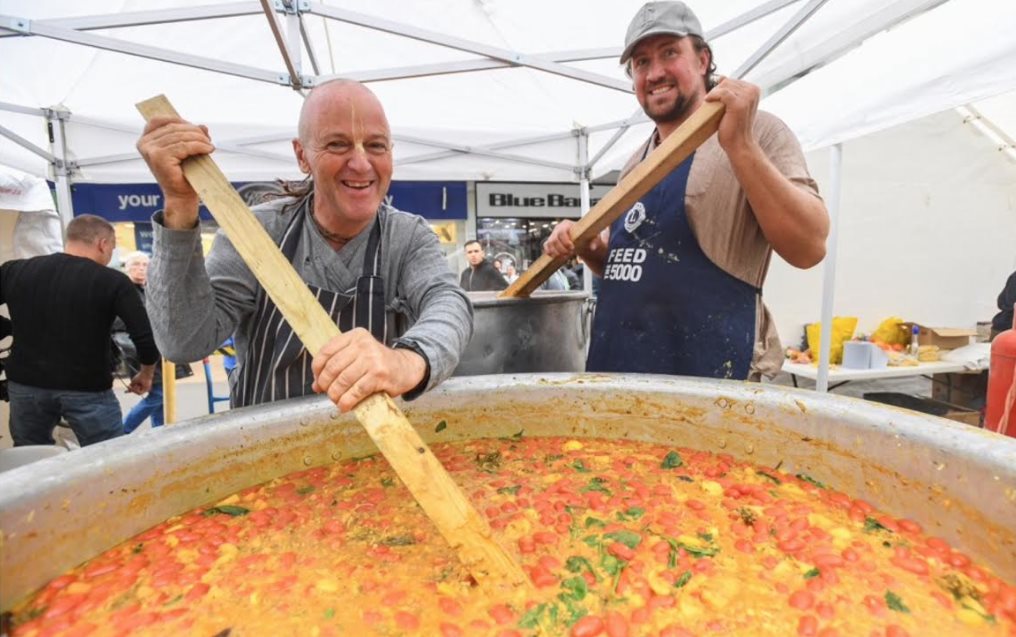 Parasurama das: Muslim, Christian, Jewish, Buddhist, Quaker, Sikh, Hare Krishna, yogis, people of all faiths and none have been gathering at The Arms Fair at London’s Excel Centre all week to call for an end to the DSEI arms fair and all profiting from war. “We will use our faith traditions, practices and rituals to express our sorrow and horror at the arms fair, standing in solidarity with each other and those affected by weapons sales. We will stand against the opponents of peace using our prayers, words and action with a day of non-violent protest.” was the theme, so we wrote a song for it:

Many young people now see the parallels between war and the meat industry. Thus there is an urgent need to distribute Bhagavad Gita, and an excellent opportunity to distribute Prasad.

For the month of October, we will be cooking and distributing 20,000 plates of delicious Prasad daily to the Eco Activists in London. These young people are passionate about seeking solutions to the problems of the world, just as in the sixties and seventies the hippie generation were looking outside of the box.

Following such conclusions, the demoniac, who are lost to themselves and who have no intelligence, engage in unbeneficial, horrible works meant to destroy the world.