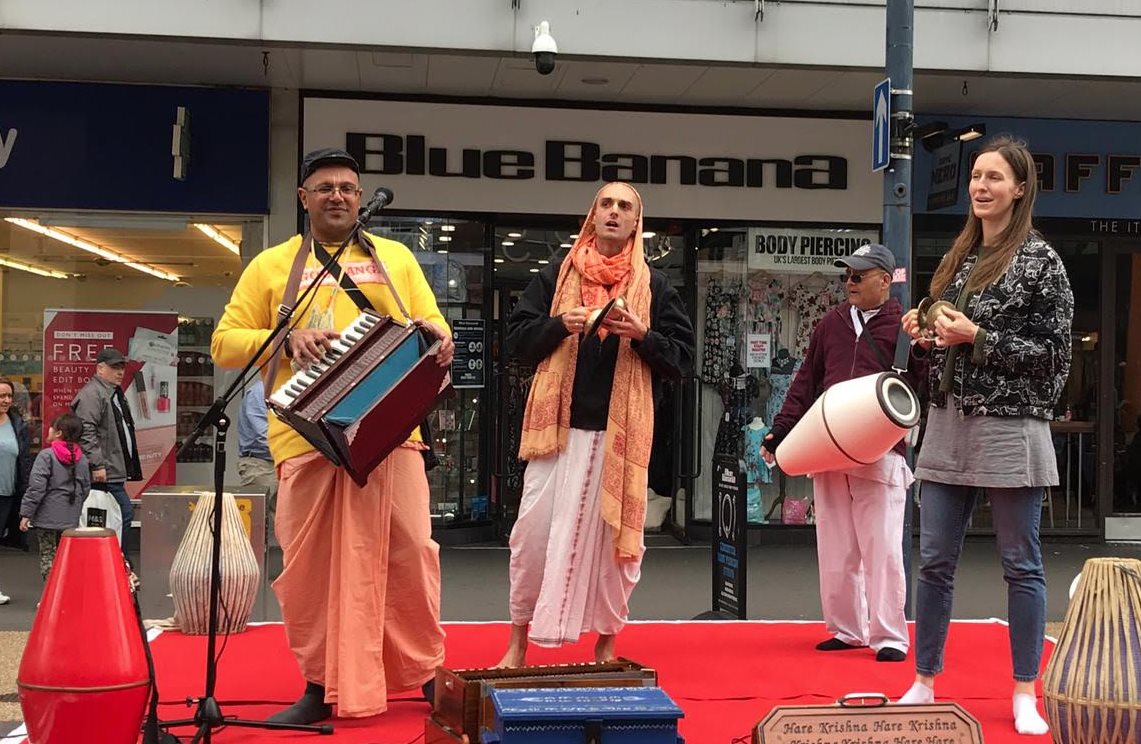 Mina Sharma: On Saturday 7th September, ISKCON Leicester hosted a grand celebration in the city in honor of the 50th anniversary of ISKCON UK and HDG Srila Prabhupada’s arrival in London.

Over 500 cupcakes adorned with the specially designed 50th logo were distributed by a huge team of devotees, and passers-by had the opportunity to take part in Harinam, watch a stage show and learn more about Vaishnava philosophy through book distribution.

In addition, the 50th pop-up exhibition was displayed in the city centre which tells the story of ISKCON in the UK, the roots of the 5000-year-old philosophy, the story of Sri Caitanya Mahaprabhu 500 years ago, and the arrival of Srila Prabhupada in the West 50 years ago.

“For the last 50 years, the Hare Krishna community have been distributing the teachings of ancient India’s spiritual wisdom,” says Temple President Pradyumna Das. “The essence of this teaching taught in the Bhagavad-gita, is that every living being is an eternal servant of God, full of love yet temporarily caught in the illusion of this material world with its temporary labels of man, woman, black, white, Hindu, Christian. Beyond these labels, every person is yearning for love which is found in our eternal relationship with God.”