An Insight Into Infinity- An Intuition of God 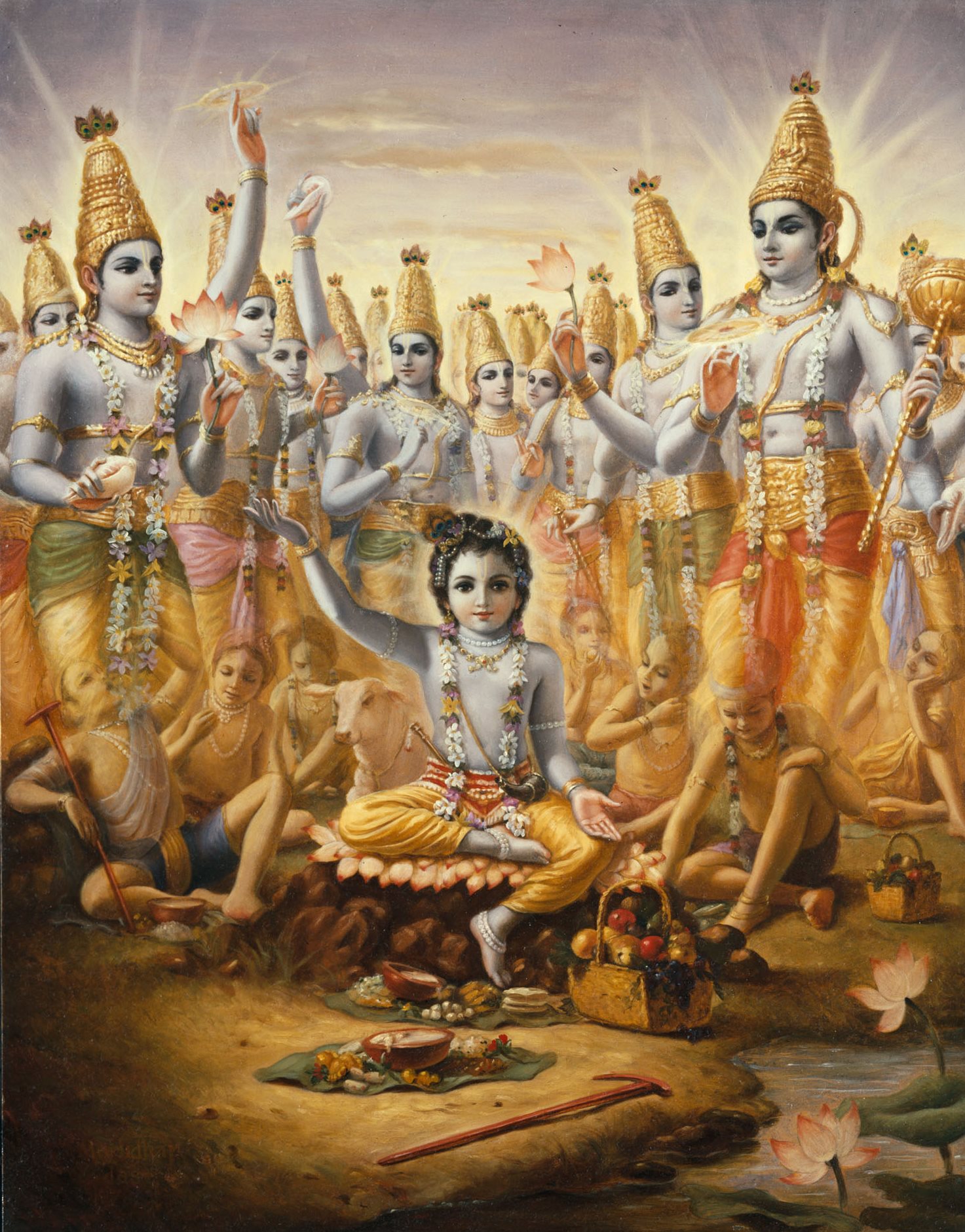 When we say Krishna we mean God. When we say God it is not a Hindu God or Muslim God or Christian God and so forth or an Indian God or Russian god or Chinese God. God is God. He is the only one. He is the Supreme Personality. Although He is one but He has innumerable names according to His innumerable pastimes and innumerable qualities. Even in English we notice God is addressed as the Almighty or Omnipotent. Almighty and omnipotent are the names of God. As God is all powerful, He is the Almighty or Omnipotent. So, in the same way God is all cognizant that is why he is omniscient. In the same way, in Sanskrit God’s different attributes and qualities have been analyzed in different names. And Krishna in Sanskrit means all attractive. Now God is all attractive that is why He is Krishna. It is not that when we call him Krishna, He is one personality and when we call Him somebody else, like Jehovah He becomes another personality. A self-realized soul, a person who knows God will be able to see that Krishna and any other name of the Lord is addressing the same personality.

Although the Supreme Personality of Godhead is one and without a second. And there is no one equal to Him or superior to Him that is another attribute of the Lord. In Sanskrit it has been described as “asamaurdhva”, “asama” means one who doesn’t have an equal and “urdhva” means above. There is no one superior to the Lord or equal to the Lord. Although He is one and without any second, He expands Himself into innumerable forms. And although He expands Himself into innumerable forms, He still remains that original Supreme Personality. He expands with His inconceivable potency but still remains the same personality.

Let us consider a high court judge – when he is in the court, he is the judge and everybody is seeing him with great awe and reverence and he is addressed as my Lord. When the same person goes home then someone is a son, someone is his wife, and someone is his daughter and someone is his mother and so forth. Now the same person in the high court appears to be one, when in the club he appears to be in another form and when he goes home then he is present in another. If in the material platform we can see a different individual may have different features although he is the same personality so what to speak about the Supreme Personality of Godhead who has inconceivable potencies and who can do whatever He wants. When God wants, He can expand Himself into innumerable forms. It is possible for Him.

Now it is inconceivable because from the material platform we cannot conceive of the spiritual nature. In mathematics we find something that actually defines the spiritual nature. In mathematics there is a symbol, there is a concept of infinity. Now that infinity, when we take something away from infinity it remains as infinite, when we multiply infinity by something it remains infinite, when we subtract something from infinity it remains infinite. So this infinity, in mathematics where they are using this expression – this means that no mathematical law ultimately applies. Even the greatest mathematician does not know what this infinity actually is. Their concept is that beyond this nature at a certain point where all the laws of mathematics do not apply and that is infinity. Actually, from our point of view and from our understanding, this infinity is the absolute and is actually God. So if we apply this principle, you multiply God, God is multiplied into different forms, and God is expanded into different forms, but still He remains that Supreme Personality of Godhead. That is the Supreme Personality of Godhead. With His inconceivable potency, He remains unchanging and eternally the same.