Some images from Sri Sri Radha-Govinda’s boat festival in… 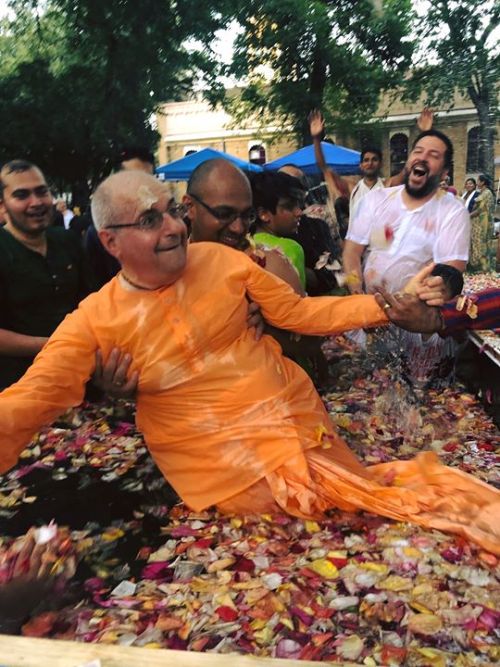 Some images from Sri Sri Radha-Govinda’s boat festival in Dallas today. Find them here: http://bit.ly/2ZLZxJE
Giriraj Swami: Srila Prabhupada was on a morning walk with many different types of people, including many devotees. Svarup Damodar Prabhu was there, and Srila Prabhupada discussed scientific matters with him. By chance, my mother and father had come to visit and were also there. Srila Prabhupada said to my mother, who was approaching 60 at the time, “Oh, Mrs. Teton, you look so young.” She was really pleased.