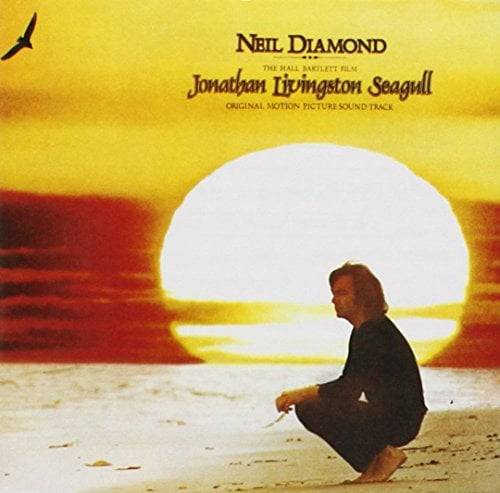 Popular American singer-songwriter Neil Diamond’s encounter with the devotees.
FAMILY WEEKLY: I understand you did considerable delving into religious tracts while you were working on the “Seagull” score.
NEIL DIAMOND: That’s right. By chance a Hare Krishna kid came knocking on my door about then, wanting to give me literature and such. I invited him in. We talked for a while, and I asked him to read the script and tell me what he thought of it, had him make notes on it. I wound up working with him about six weeks—put him up in an apartment, rented him a car—until I reached the point where I had to work alone on it. He wanted me to go off with him to India and sit in a cave. I said that sounded great and I’d love to, but now I had to write this thing. I gave him a plane ticket, and he went while I settled down to pull it all together.

NOTE: The album Jonathan Livingston Seagull grossed more than the film itself and won the 1974 Grammy for Best Original Score Written for a Motion Picture. It reached number 1 in the album charts in Australia that year, number 2 in the US, and was certified two times platinum in the US and Canada, platinum in France, gold in Germany, Hong Kong, Netherlands and the United Kingdom.

Published in Family Weekly, February 29, 1976, by reporter Noel Coppage. A syndicated reprint of the article can be found here: https://is.gd/qlWWa6

Srila Prabhupada on Deity worship by Vaishnavis
Personal care as a basis for an intentional community (video)
Tagged under: Nectar