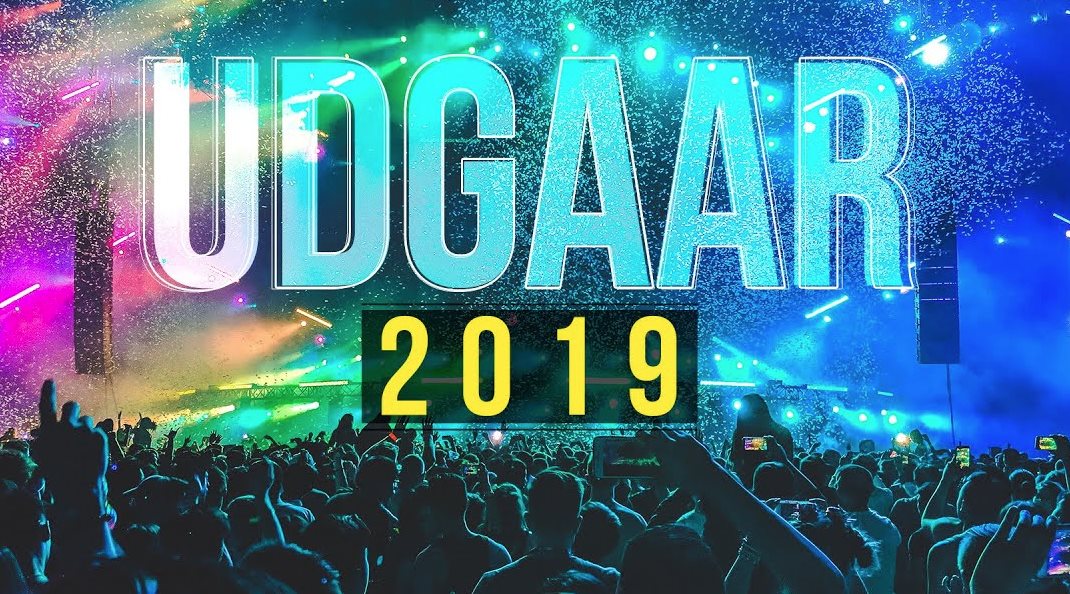 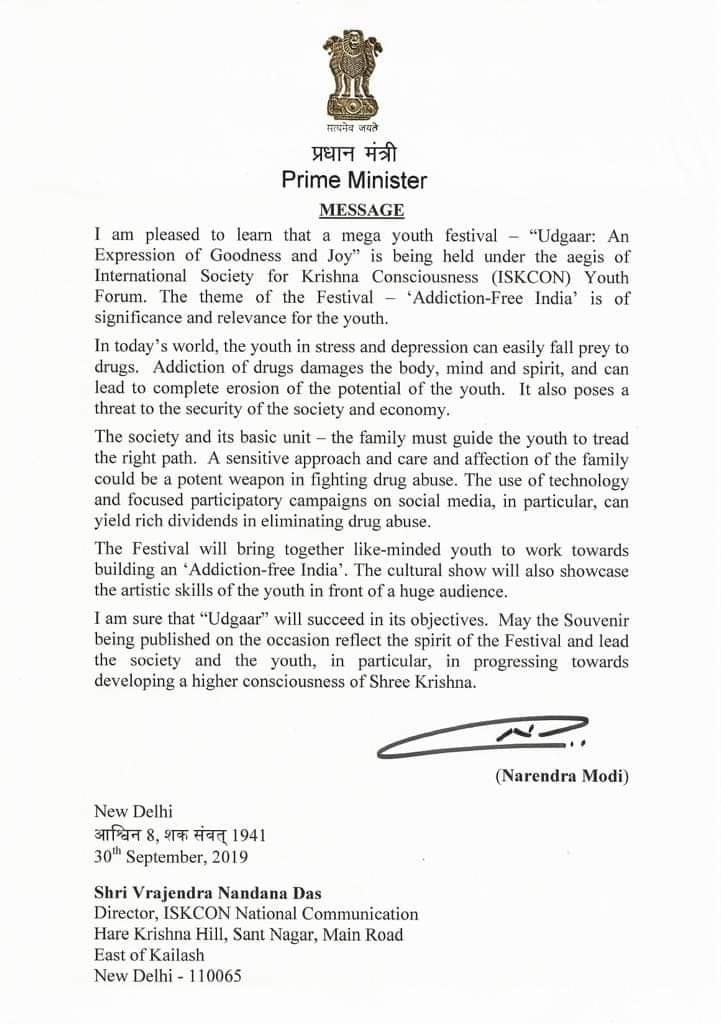 The International Society for Krishna Consciousness (ISKCON) celebrated an annual Mega Youth Fest ‘UDGAAR – An Expression of Goodness and Joy’, on October 6th at Indira Gandhi Indoor Stadium in New Delhi. It was based on the theme ‘Anti-Addiction: Making India Addiction Free’. A world record for “Largest Addiction Awareness Festival” was awarded in the event by World Book of Records, London to His Holiness Gopal Krishna Goswami, ISKCON GBC, in presence of Dr. Harsh Vardhan, Unioun Health Minister. A total of 15,000 thousand people participated in the event

The event was a blend of modern entertainment like Hip-Hop by ‘Feel Crew’, fusion music by “Madhavas Rock Band” and Sand Art Performace by Nitish Bharti, and wisdom talks delivered by leaders in ISKCON, and fields of Medicine and Social Services. The festival saw talks by ISKCON leaders like His Holiness Lokanath Swami, His Holiness Gopal Krishna Goswami, HG Anuttama Das, from US and His Holiness Sachinandan Swami from Germany. From academic circle Dr. R. Khanna, Head- Deptt. of Psychiatry and National Drug Dependence Treatment Centre- AIIMS, Delhi and Dr. Veerendra Mishra, Director- National Institute of Social Defence, addressed the audience

Gopal Krishna Goswami, mentioned ISKCONs founder Srila Prabhupad’s, efforts in successfully bringing out thousands of youngsters in US out of addiction in 1960s.

An appreciation letter for the festival, issued by the Prime Minister, Sri Narendra Modi, was also read before the audience.

Dr. Harsh Vardhan, praised ISKCON for its global efforts for protection of India’s culture globally.
He said that ISKCON is an organization that is very strongly needed in world today.

The Dr. Veerendra Mishra, Director- National Institute of Social Defence, said the best way to tackle menace of addiction is to not let youngsters fall into it.

HG Sundar Gopal, Director- ISKCON Youth Forum & UDGAAR Festival, said ISKCON is committed to help youngsters out of addiction, this festival is a part of that commitment to tackle an epidemic that is making our youngsters hollow.
Prince India Dance group performed on ‘Jan Gana Mana’ to give a fitting start to the festival.
Other performance that enthralled the audience were Sand Art performance by Nitish Bharti, showcasing struggle of a young addict and his receiving help from Bhagavd Gita. The inter college Addiction Awareness Quiz Competition, hosted by RJ Ginnie from Radio City, was won by Bablu, a student of GB Pant Engineering College, 2nd Position was won by Shruti from Daulat Ram College, Radha from RKGIT won the 3rd prize.

The event met an apt end, by feet tapping performance by Madhava’s, which made the audience join them in dancing and chanting close to stage, leaving their seats.

The participants of event will have opportunity to join Personality Development Courses, in over a 100 centres of Ethicraft, ISKCON’s social service wing.