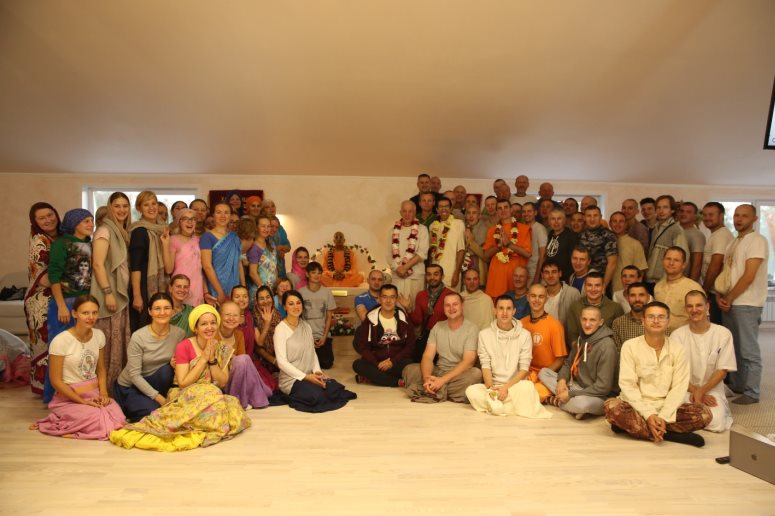 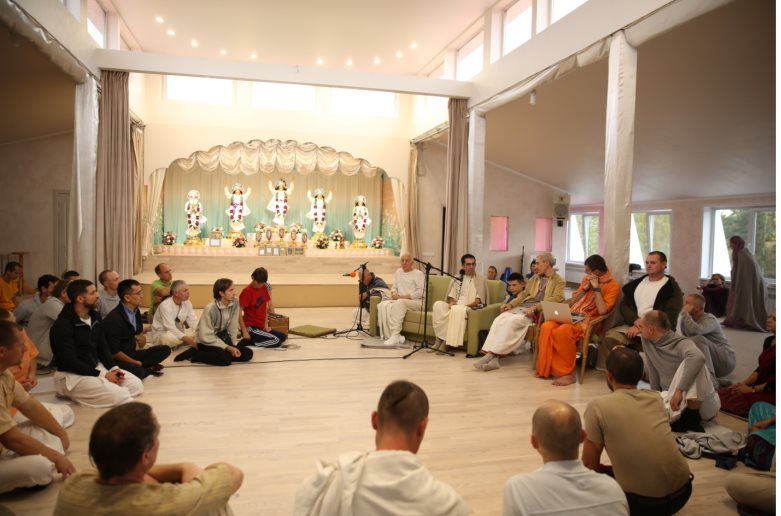 So, finally it has happened – the Farm Conference Cycle has come to Russia!

27th September to 3rd of October the Conference was carried out in West Siberia, near the city with an almost Vedic name – Omsk. This city has a temple of Sri Sri Radha Govinda – the only temple in Russia with Radha Govinda Deities.

The Conference proper was carried out in two venues, 30 km away from Omsk – the “Five Truths” family house and the “Planet of Cows” eco-farm. These two places recently hosted another big event for Russian Vaishnav community – the installation of Sri Sri Panca-tattva end of July. So Krishna is increasing His presence in the region, among other things – through developing farm communities and cow and soil protection. The “Planet of Cows” eco-farm has been successfully developing for around 4 years now and was chosen to host the Conference this year by ISKCON GBC minister of agriculture and cow protection Kalakantha prabhu.

For practical purposes organizers divided the Conference in two parts – the first one consisted of lectures and discussions, the second – of field work, mostly in the dairy kitchen, and discussions on specific topics. 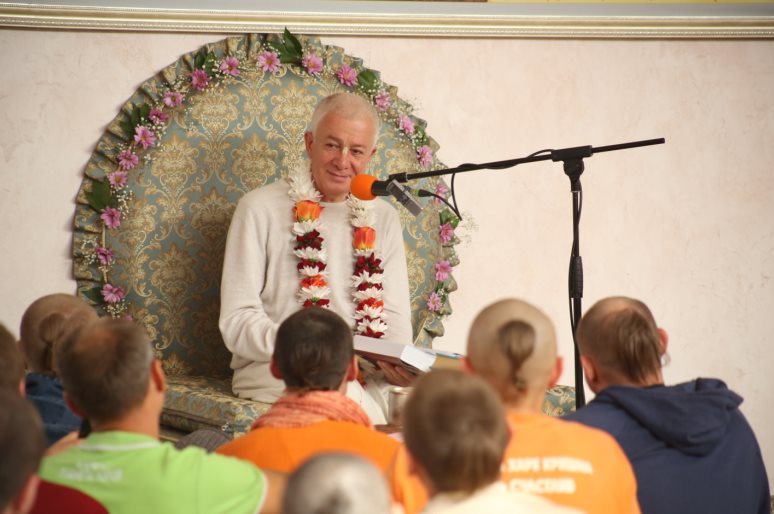 About 50 participants from different parts of Russia were present and taking part in it, there was also a devotees from Germany, England and Kazakhstan.

In the mornings the participants visited Mangala Arati, chanted japa and attended Srimad Bhagavatam classes given by the honored guests, and also milked the cows.

On the first day of the Conference, 27th of September, after a Srimad Bhagavatam class that was given by a regional secretary H.G.Manibandha prabhu, the participants along with the honored guests went to Omsk city, to get the Darshan of the Deities of Sri Sri Radha Govinda. After that they had lunch in “Govinda” restaurant where they discussed the importance of cooperation between the devotees and projects, and got back to the “Five Truths” for the opening of the conference. The main speakers addressed the devotees with introductory speeches. They spoke about a sacred role of the cow, the importance of simple living and high thinking and preaching, and the ISKCON resolution 406.2 which says that by 2022 all ISKCON centers should develop a plan whereby all dairy products offered to the deities are produced from protected cows.

On the 28th and 29th of September after Srimad Bhagavatam classes which were given by Kalakantha prabhu and Valmiki prabhu respectively, HG Caitanya Candra Caran prabhu gave a series of lectures on varnashrama dharma and cow protection. He said we need to start with the beginning, with the first level of development – anna maya, the level of food. The devotees must provide themselves with quality food, he even went as far as to say that most problems that ISKCON faces these days are due to the lack of pure food, because it’s the food that forms our consciousness. Also he spoke about the role of varnas, the spiritual nature of the cow, about the importance of preaching, and that the devotees must become this great example of living happily in the country to the whole world. After his lectures there followed panel discussions, where the topical issues of cow and soil protection and community development were addressed.

During one such panel discussion Valmiki prabhu held his memorable speech addressed to all the attendees and listeners, where he was inspiring the devotees for active preaching. He asked the audience to take the spirit of Panca-tattva and Srila Prabhupada back to their places.

On Sunday, 30th of September, the organizers awarded the participants with beautiful and healthy presents that were made on the farm and in the “Five Truths”, and at the end of the day the devotees from the farm and the “Five Truths” family house showed a drama on Krishna’s lila with Brahma stealing the calves and cowherd boys. Thus the 1st part of the conference was over. Some of the attendees left. Those who stayed were interested in the issues of applied agriculture and cow protection.

From the 30th of September to the 3rd of October the attendees were staying on the farm and discussed all the topics of interest in great details. The heads of the “Planet of cows” eco-farm shared their experience in doing spiritual business, creating a community, developing agritourism, communicating with the authorities, planning, and their vision of how to become self-sufficient.

Every day the attendees participated in workshops on dairy economics and production where they dealt with the questions of milking, dairy production organization, healing and taking care of cows, etc. They also practiced making curds, butter, panir, cheese and many other dairy products.

The Conference concluded on October 3rd with the attendees sharing their insights and agreeing to continue the association online. Kalakantha prabhu and all the organizers shared the opinion that the Conference was a success and decided that the farm is going to host the Conference again in 2021.

The next meeting of the heads of the farm and Kalakantha prabhu about the further cooperation with the IMCPA is going to take place in Mayapur on ISKCON Leadership Sanga in February 2020.

Love is Greater than God!
Visit to Vrinda-kund (Album of photos)