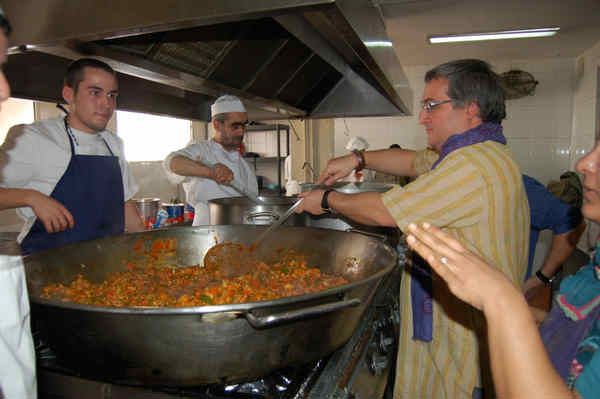 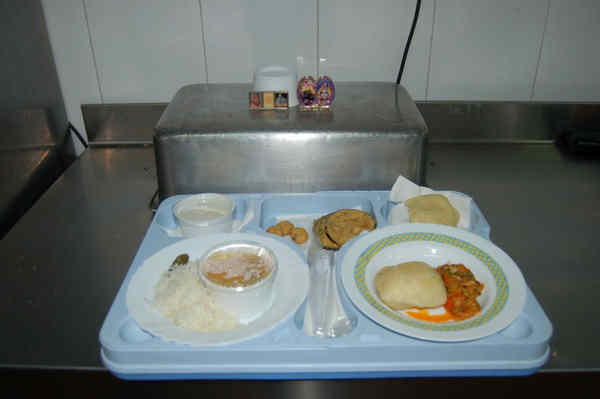 Friday 4th december, for the first time in the history of Spain´s prisons, and may be in Europe, the prisoners as well their guards ate a full classic prasadam lunch meal.

Ceuta, is a spanish city bordering with Morrocco, separated from the Spain mainland by the strech of Gibraltar. Its population is 77.000, and the Prison has 350 inmates and more than 100 guards.

Krishna Kripa Dasa and his wife Radhapriya Dasi (disciples of H. H. Bhakti Charu Swami) cooked with the help of a team of prisoners and served prasadam to 400 peopole including inmates as well their guards, and some reporters.

After the offering, the prasadam was distributed to all the inmates in three different modules: men, woman and underage. Krishna Kripa explained the meaning of the prasadam, and how to eat it, then he guided the inmates (80% muslims) in the chanting of the maha-mantra. They really appreciated the prasadam and there were not leftovers.

Finally, Krishna Kripa and his wife had prasadam with Prison´s director as well other authorities. The director received Srila Prabhupada´s Bhagavad-gita, and others authorities Science of Self-realization.

The program was well covered by local and national newspapers, printing full pages and pictures.

Vegetarians and Yoga associations congratulated the devotee couple for their service to the prisoners.

Krishna Kripa and Radhapriya said: “all this conditioned souls had the opportunity to taste prasadam, help with the cooking and chant the holy name, we offer this victory to Srila Prabhupada and his Iskcon”.

Navadwip notes
Varnashrama as a means to freedom