Bhaktin Lord Mayor is at it again! 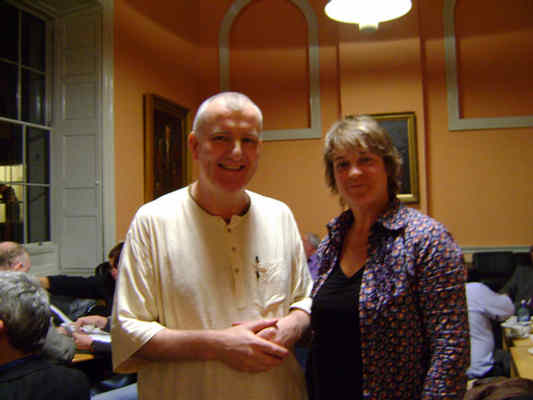 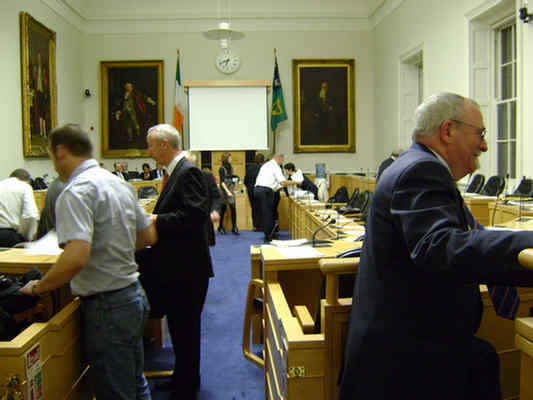 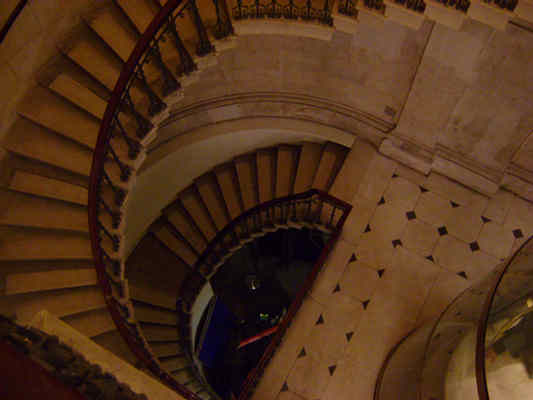 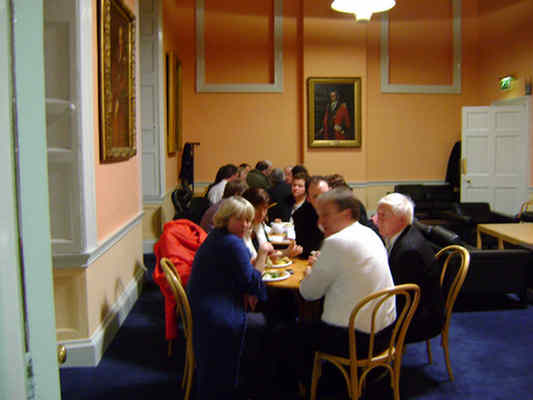 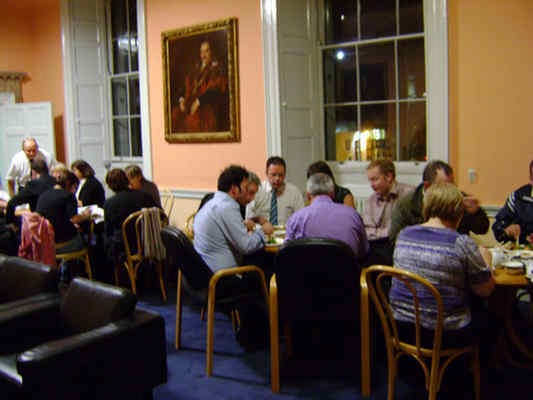 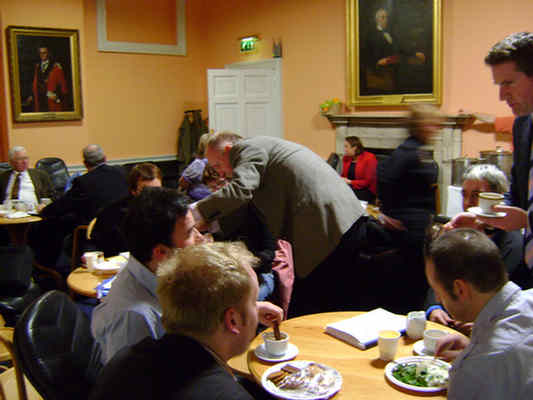 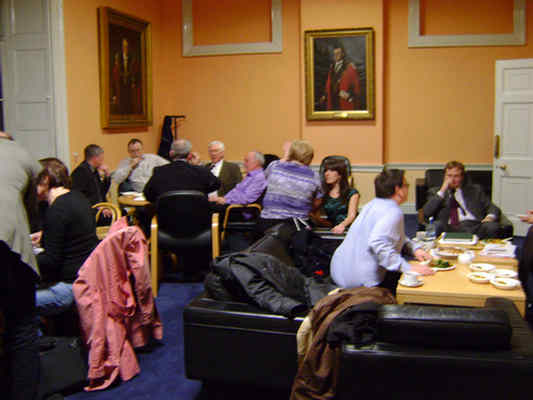 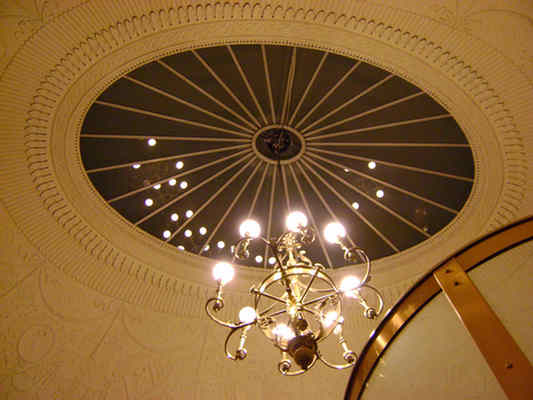 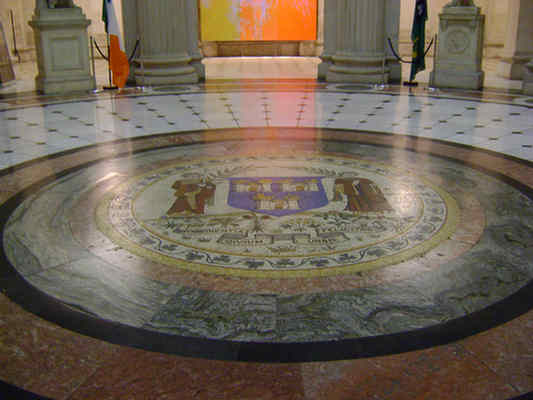 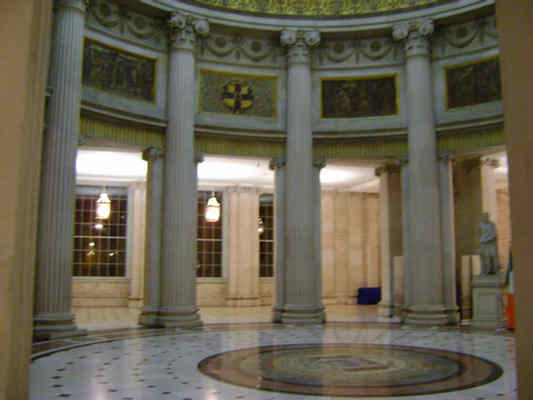 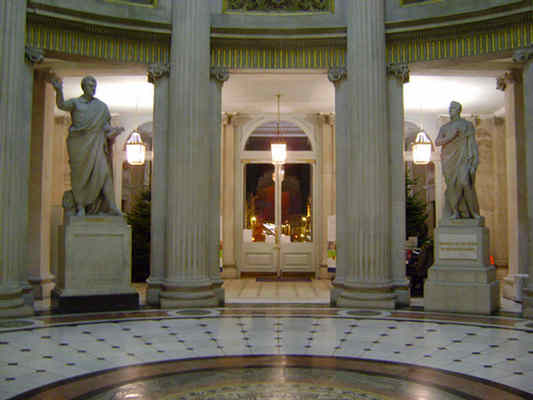 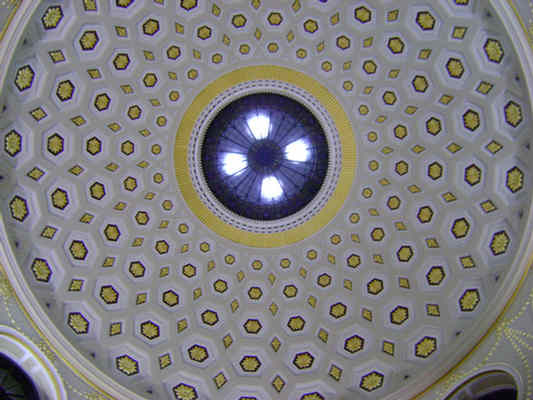 Following on from her barnstorming contribution at September’s Ratha Yatra, Lord Mayor Emer Costello followed up on her love of prasadam by arranging for Govindas to cater for the monthly Dublin City Council Meeting at Dublin Castle on Monday the 7th of December.

I got a phone call from the Mayor’s office a couple of weeks ago expressing how eager she was to partake of some more prasadam and how even more eager she was to introduce her fellow 51 councillors to that prasadam experience! It was also mentioned that this would be an historic event, as never in the history of Dublin City Council has the cuisine been totally vegetarian, a Council that dates back to 1840, 80 odd years before independence from the UK.

It was interesting to see all the pictures of previous Lord Mayors on the grand walls of City Hall, particularly the very early ones, wondering how many of them were even aware of the concept of vegetarianism, what to speak of promoting it.

An argument could be made that in the current climate there is little risk for a Mayor to promote such an issue as vegetarianism, but in an agricultural country like Ireland, it is a very real political risk as evidenced by the reaction of Irish farmers to Paul McCartney’s recent presentation to the European Parliament. His presentation was pushing the European Union (27 countries), to adopt one meat free day a week (Monday), with the slogan ‘less meat less heat’. This was a reference to the charge that the meat industry contributes 18% to the global warming phenomena. Anyway the Irish farmers were leading the charge of European farmers in dismissing Paul McCartney’s proposal with various arguments, one of which was truly laughable – that you couldn’t have a meat free Monday as so much food would be wasted as a result of having to throw out the leftovers from Sunday’s dinner!

We decided to go the full hog and have a starter, main course and dessert as well as drinks as we were keen to give them all an experience they would remember. First up was dhokla with a tamarind sauce, for the main course we had rice with cashews and peas, paneer and pea samosas, gauranga potatoes, ‘meat eaters’ delight subji and a mixed leaf salad. For dessert we served carob cake with cream, all washed down with a mango lassi.

As the councillors sat down to eat they certainly weren’t concerned about the farmers, rather they tucked in heartily and so many of them commented how they have never tasted so much flavour and variety in a meal. The meat eaters delight subji really did the trick, as many found it hard to believe that all they were eating was 100% vegetarian.

Many of the councillors were eager to know more about our way of life and philosophy etc., a couple of them enquired as to whether we ran cooking courses as they were eager to learn how to cook what they had just eaten. It was also interesting that 3 or 4 of them are regulars in one or other of our Dublin Govindas, and one had also been to our temple in Fermanagh on Lough Erne, Govindadwipa, some 20 years ago, as he is related to one of our devotees who was being initiated and he came to the ceremony.

As the councillors gradually made their way into the meeting chamber, literally every one of them made a point to thank us and stress again how much they had enjoyed their meal. As the Mayor also made her way into the chamber I suggested that she include on the agenda a meat free term of office for the duration of her Mayoralty for the whole of Dublin – watch this space!

Vrajamandala Padayatra Kartika 2009
“The Mystery of the Edited Books”

2 Responses to “Bhaktin Lord Mayor is at it again!”