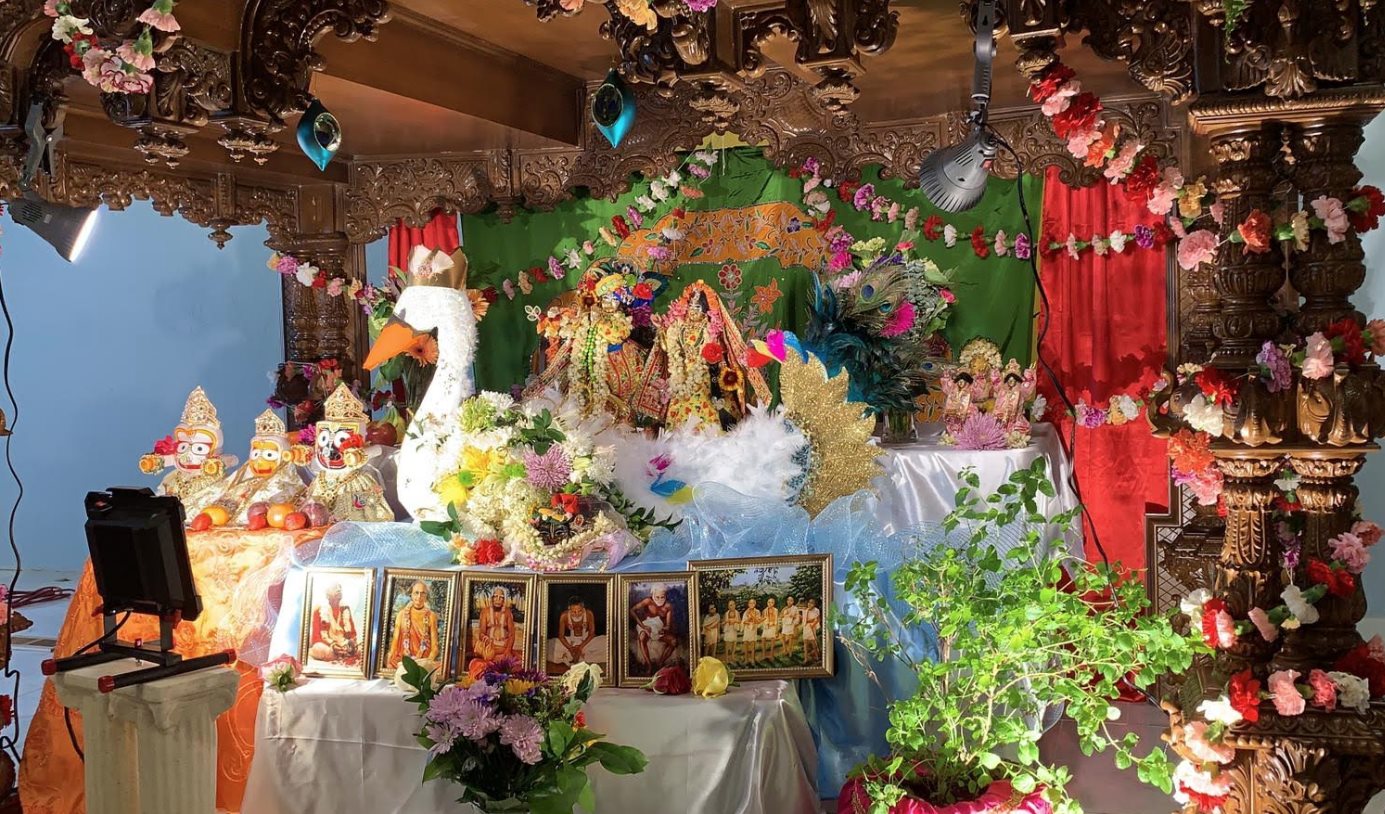 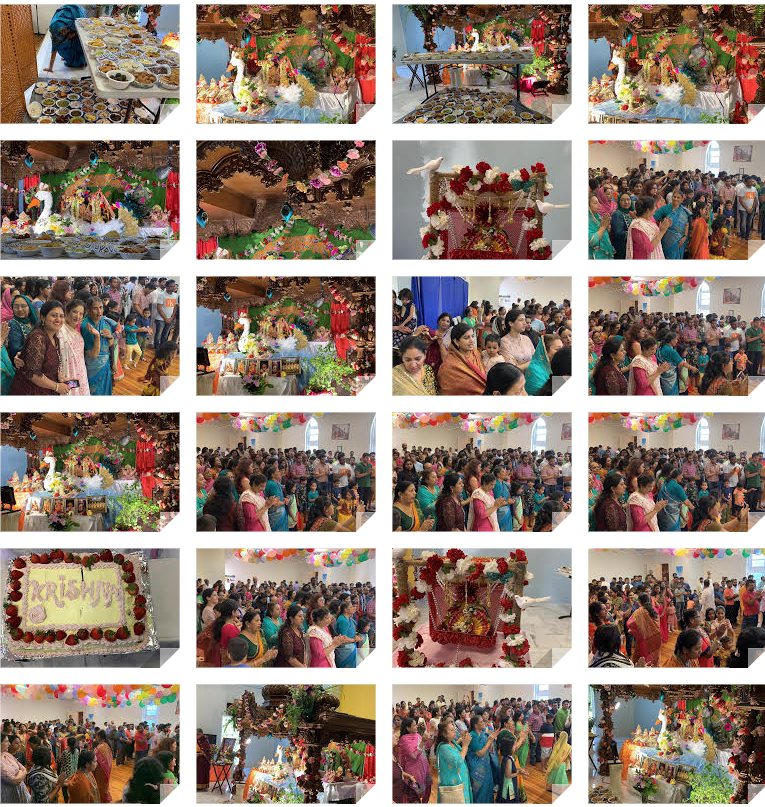 Devi Murti dd: Recently, a positive article on the new ISKCON Indianapolis Temple appeared in our local newspapers–the Reporter Times and the Mooresville Decatur Times. The report was very favorable and the coverage was nice!

Below is a link to the article, but now it’s only partially accessible online unless you have a membership.

BROOKLYN — Going past the police station in Brooklyn, drivers may not pay much attention to the previously vacated church across the street. The building currently has no sign, but for the last 18 months, it has been home to a new place of worship.

The church’s president, Gopal Gupta, said they practice one of many traditions under the umbrella term of Hinduism — the Hare Krishna movement.

And on Saturday, they celebrated two of their biggest holidays — Diwali and Govardhan.

“It’s kind of like Christmas and New Years coming together,” explained Gupta, who is an associate professor in the department of philosophy and religious studies at the University of Evansville as well as an editor for the Journal of Hindu-Christian Studies.

On Saturday afternoon, the temple in Brooklyn was bustling with activity immediately prior to the festivities as people began to arrive. The temple, which has weekly meetings on Sundays, draws most of its congregation from the local community, in addition to Greenwood and Columbus.

The attendees occupy various professional positions in the local community, ranging from medical professionals to local business owners, while many of those from Greenwood and Columbus work for Eli Lilly and Cummins respectively.

Gupta said he and his congregation are happy to be part of the community. He said when they purchased the building a year and a half ago, the congregation worked together to renovate the space they now occupy. The neighbors, he said, were pleased with this as the bones of the building were beautiful — just in need of repair.

“They’ve just been very welcoming,” Gupta said. “We’re very, very happy to be here in such a loving community, and we welcome the community, we really do.”

He hopes the community looks to the temple as a resource for schools who may be interested in giving their students a taste of another culture or letting them experience a multicultural event. He said anyone interested is welcome to come visit for a tour as well. He mentioned the handcarved, teak altar flown in from India that serves as the main chamber’s centerpiece.

At first glance, one may not expect the small town of Brooklyn to play host to a multicultural, Indian celebration, but walking through the door on Saturday was nothing short of a portal.

Many attendees were wearing traditional garb in vibrant colors made of delicate, intricate materials. Incense was burning, wafting a fragrance that, when mixed with the copious amounts of food, made the wait for the pending feast almost unbearable.

“The food is the best part,” Gupta said. “And it’s the biggest part of the celebration. Today, we have over 56 items of food.”

The temple was celebrating two holidays at the same time on Saturday. Many people not familiar with Indian culture have at least heard of Diwali, which Gupta said is the Indian New Year. It is a festival of lights, he said, symbolizing the victory of good over evil. Govardhan, on the other hand, is a fall festival celebrating God’s divinity in nature, he said.

He said the celebration, like many western holidays, is tied to religion but has, in some ways, transcended that to become a cultural festivity across many Indian denominations. During the celebration, there were many different rituals that took place.

They began with songs, and throughout the celebration, music was a centerpiece. The first of these is to chant the names of God and to repeat them.

Following this chanting is Puja, or worship, where they sing songs and prayers. This was followed by a class taught by Aruddha Mataji on Govardhan. At the conclusion of the class, he said they followed up with a traditional Indian music ceremony known as Aartik.

Toward the end of the celebration, before the feast, they all lit a lamp as an offering to Krishna.

Gupta stressed that he wants the community to attend events like these, to learn more about them. While many of the attendees were of Indian ethnicity, some were not. Gupta said one’s genetic make-up doesn’t matter when it comes to their teachings or their celebrations.

“What we practice, what we teach, come’s historically from India,” he said. “But it’s a universal practice.”

Why, how and when “Hare Krishna!” the movie was made…

Prayers in Praise of Nitai