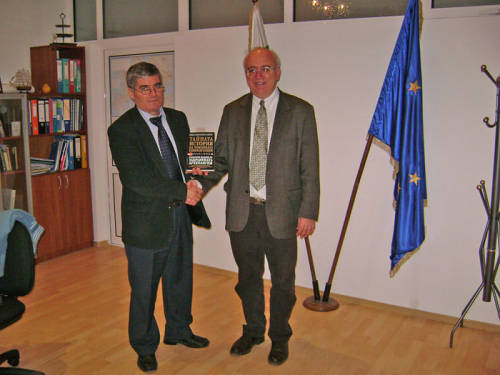 Darwin’s Sunset.
Drutakarma Prabhu: No one has explained exactly how living beings have come into being from molecules.

I am conscious. You are conscious. It is not a matter of faith. It is something we can all experience.

Scientists think consciousness is produced from chemicals in the brain, but how exactly that takes place they cannot explain.

Out-of-body experiences indicate we have an existence beyond the body.

Although we have an existence beyond this body, somehow we are now situated within a body. Why?

We all feel uncomfortable living in a place where our existence is threatened at every moment. I think we feel we really do not belong here.

There is a spiritual world where all souls live in harmony with the Supreme Soul, Krishna.

Some have become selfish and they want to exploit and control others, and that mentality is not compatible with the spiritual world.

This world is a chance to act out our desires to control and enjoy, and at the same time, to become qualified to enter the spiritual realm.

Many universes are said to emanate from Maha-Vishnu in seed form and then expand.

Many scientists now consider there are many universes, but that idea has been around before they thought of it.

Many scientists also believe the universe was small and is expanding.

We should understand where we are so we can use this world as a launching pad to the spiritual realm. It is just like you need to understand the airport so you can get your flight to another destination.

Although in the Vedic descriptions there are things that we cannot see, in modern science, there are also many things we cannot see. They say only 5% of the universe is matter which is visible, while 30% is dark matter and 65% is dark energy which are not visible.

Because the universe is meant for the spiritual development of human beings, they have been there from the beginning.

The person who has created the universe has instructed us in the Vedas and periodically comes to remind us of our spiritual identity.

We have divided ourselves into many competing groups by race, gender, and species, but we do not have to do this. We are all part of one family.

I take the 400,000 humanlike bodies to include all planets and all universes, including hominids, like Homo this or Homo that. People have different names for them like angels, ETs, etc.