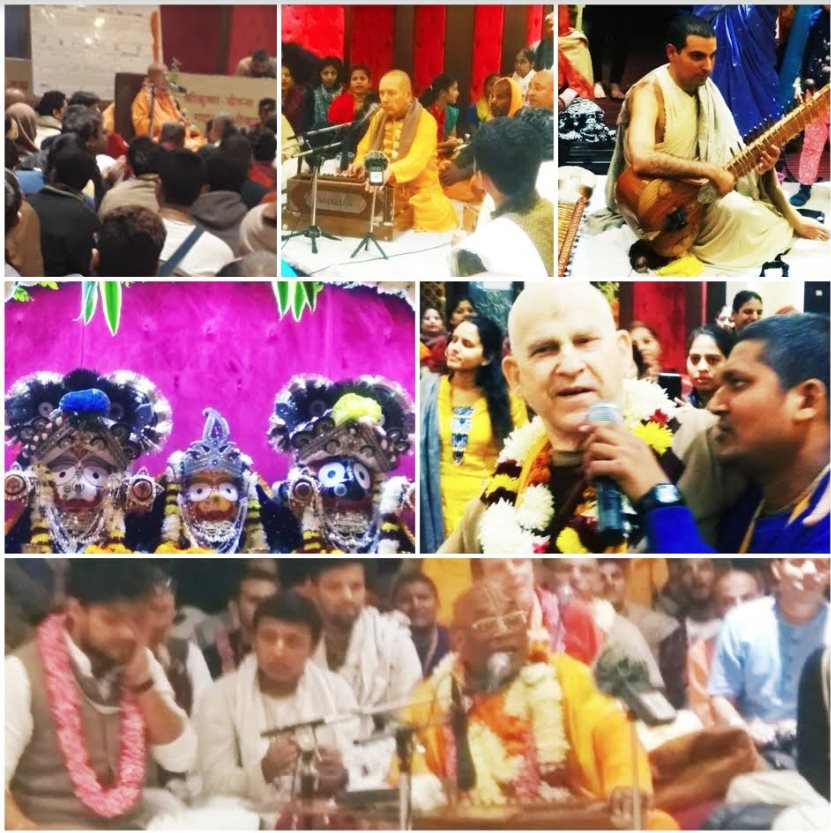 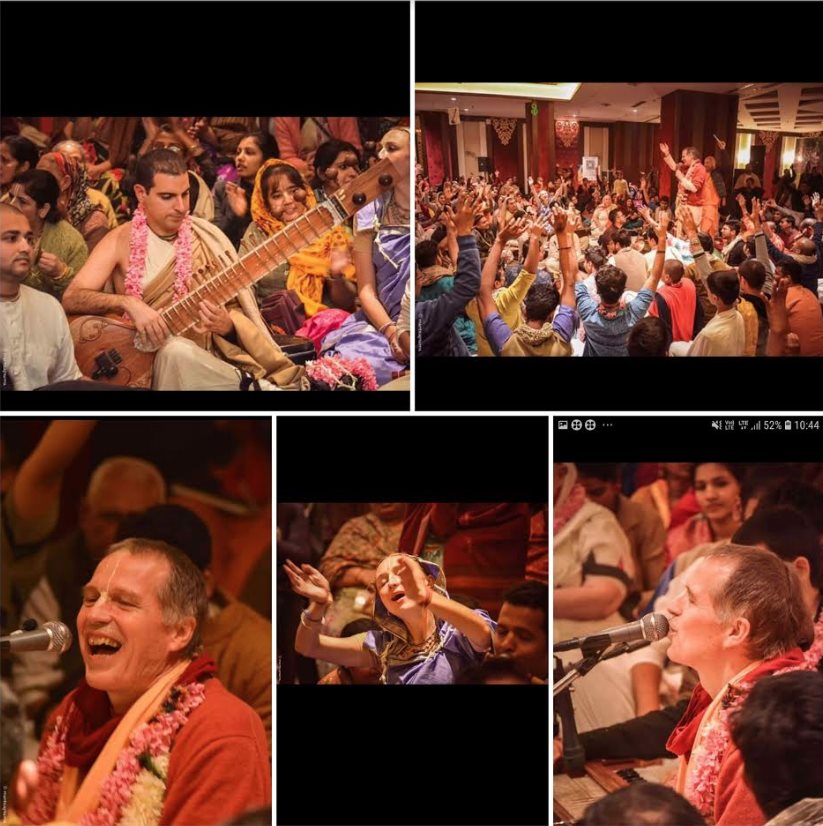 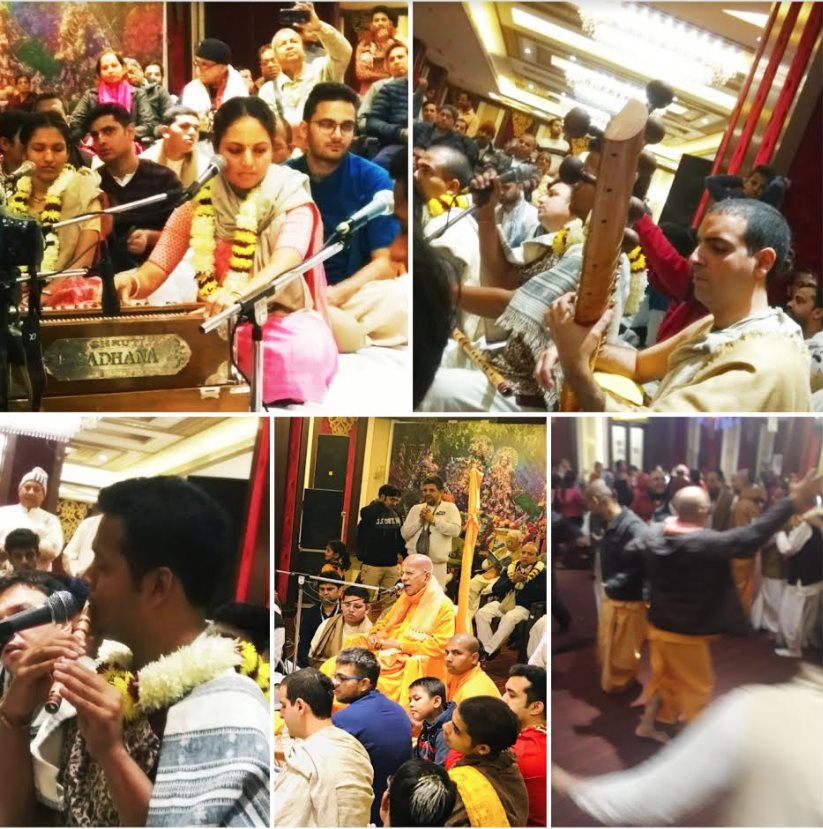 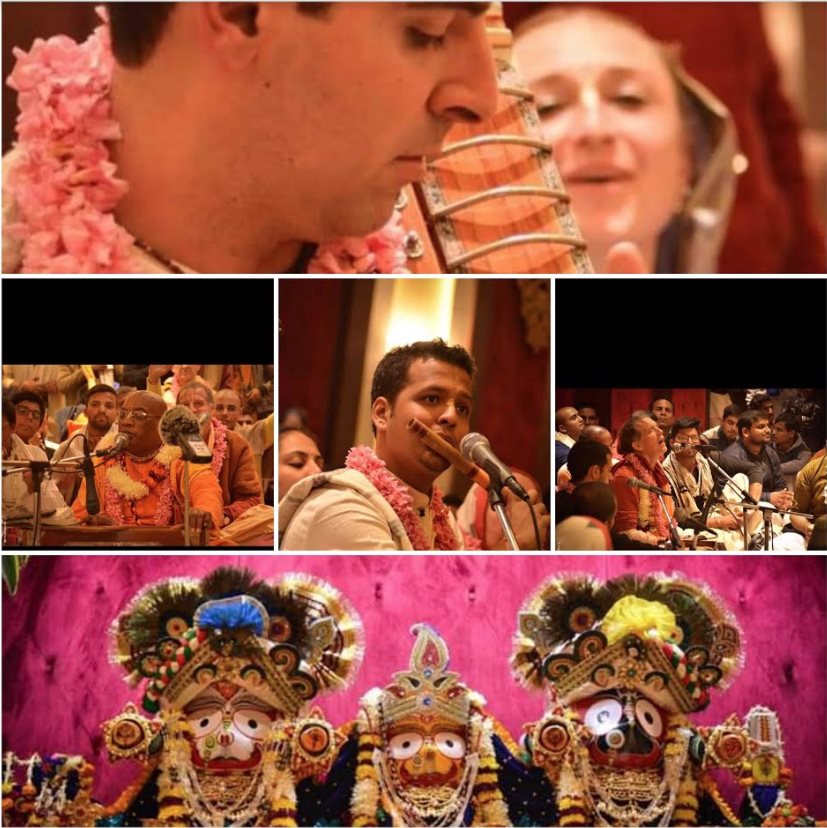 Month-long preparations fructified into a grand harinaam mela with the slogan ‘CHANT FROM YOUR HEART’ in the presence of exalted devotees from all around the world. As the temple is in the final stages of its completion, the mela was dedicated to its grand opening in 2020. With ‘Adhivas Ceremony’ held on 7th Dec., the program came to its end by 11pm on 8th Dec., ‘Gita Jayanti’.

Adivas Ceremony was chiefly done by HH Sachinandana Swami Maharaj & Kirtan Mela was inaugurated by HH Gopal Krishna Goswami Maharaj. Gopal Krishna Maharaj not only led the kirtan for an hour or so but also gave morning Srimad Bhagwatam class on 8th Dec..

Maharaj ji stressed upon the significance of ‘Harinaam’ in this age of Kali. He said through the medium of Shukdeva Goswami that despite the fact that this age of kali is full of vices, holy names of the lord can deliever all of us. Lord has given all the powers to his names in the kaliyuga. But the only condition is – one must take its shelter unconditionally.

Heartfelt thanks to the temple president HG Keshav Murari Das under whose expert guidance, the programme could’ve been made a grand success.