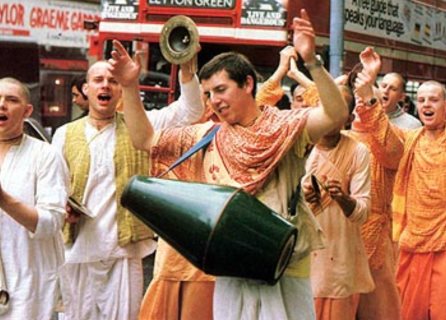 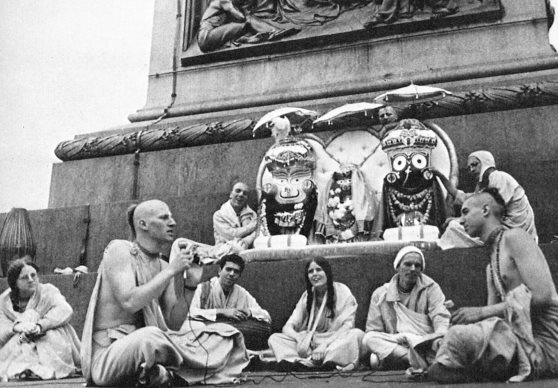 Parasuram das: In 2015 Bhaja Hari Prabhu wrote this beautiful poem, remembering the old
days of Harinam with his friends and also the present days on Harinam on
the streets of London, with his younger friends

He thought it would be a glorious way to leave his body, on the streets
while performing Harinam.

New Year’s Eve is a very special day for us. Because there is a ban on cars
in the city centre, thus turning London into a Harinam party’s dream.

Then a year later, on New Year’s Eve we were planning the Harinam, as soon
as he finished his text message, (below) Bhaja Hari suffered a fatal
heart attack.

Whatever state of being one remembers when he quits his body, O son of
Kunti, that state he will attain without fail.

Oh Prabhupada! I’d like to die, while out on Harinam
Surrounded by Vaisnavas fair, performing Samkirtan

And as I quit this mortal frame, Lord Krsna will be near
For God is in His Holy Name, so I will not feel fear.

London is chanting Hare Krsna, by your sweet desire.
You sent ‘six of your best’ here, to light this holy fire

Out chanting with surrendered souls, who understood your heart
We felt your presence everyday – we knew we’d never part

When we were young, we understood how much you wanted this
All of your sons and daughters feeling transcendental bliss

I’d love to go again with those that I went with before
Trib, Maha, Prabha, Ragubhir and of course Kishor

Shambhu, Partha, Ranchor, Bhuma Boppa and Dhiranga
Sometimes fighting, Who would sing? And who would play mrdanga?

You said let kanisthas ring the bells inside the temple
But for us, street chanting is, by far the best example

So we went out everyday, come sunshine, hail or rain
To give this tired old town a taste of Krsna’s Holy Name

Cleansing hearts with ‘utsaha’ as if they’re cleaning ‘windas’
Let’s join them every Saturday, Let’s ‘Meet them at Govinda’s’

I want to die in Leicester Square, while out on Samkirtan
Surrounded by Vaisnavas fair, singing sweet Harinam

One Response to “Remembering a Sankirtan Warrior”