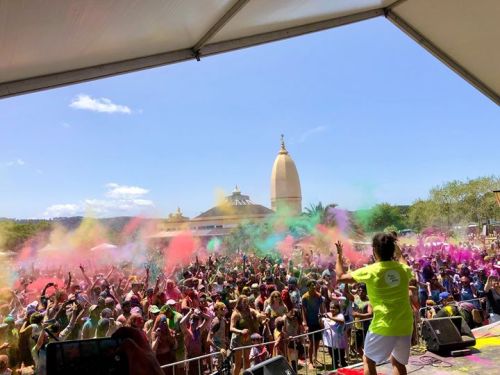 New Varshana Holi Festival (Album of photos)
Ramai Swami: The management at New Varshana had the Holi celebration a little earlier than the actual date. This year it fitted in very nicely with the long weekend and Auckland day on Monday.

There were an estimated eight to ten thousand people who attended and the majority were westerners. The festival has become very well known throughout the area.

Apart from the throwing of dyes, there was lots and lots of prasadam served and as you can see from the pictures, everyone had a good time.
Find them here: https://is.gd/3CK6a7

Are devotees caring about their health?
I found inner peace with Hare Krishna
Tagged under: Nectar