What to do about the coronavirus outbreak

The death toll and number of infections continued to soar in China,
officials said Thursday.

It has been two weeks since the authorities in Wuhan, the epicenter of the
coronavirus outbreak, declared that the city would be locked down as they
tried to contain the virus’s spread. The cordon that was first imposed
around the city of 11 million quickly expanded to encircle roughly 50
million people in the province of Hubei.

The lockdown is unprecedented in scale.

Health officials said that 563 people had died from the virus, up from
nearly 500 people the day before, and that 28,018 cases had been confirmed.
On Monday, the number of confirmed cases was put at 20,438, meaning the
number increased more than 35 percent in just a few days.

Many doctors believe that the number of deaths and infections are
undercounted because hospitals and laboratories are under severe strain to
test for the virus.
Those uinfected either worked or frequently shopped in the Huanan seafood
wholesale market in the centre of the Chinese city, which also sold live
and newly slaughtered animals.

Purport:
Therefore to make food antiseptic, eatable and palatable for all persons,
one should offer food to the Supreme Personality of Godhead.

My two cents:
We could offer all our satvic food to Lord Krishna, eat delicious Prasad
and leave the poor bats and animals alone.
And start to realise that we are all eternal spirit souls, with a direct
connect to Lord Krishna. 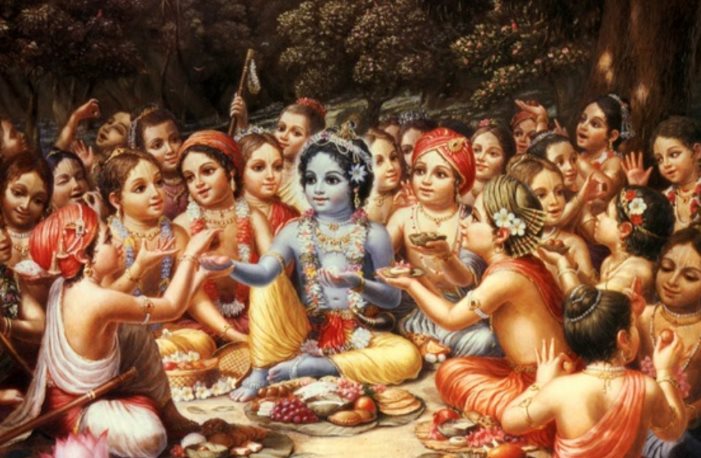 It’s all Prabhupada’s mercy! (video)
The all-powerful Personality of Godhead in His boar incarnation