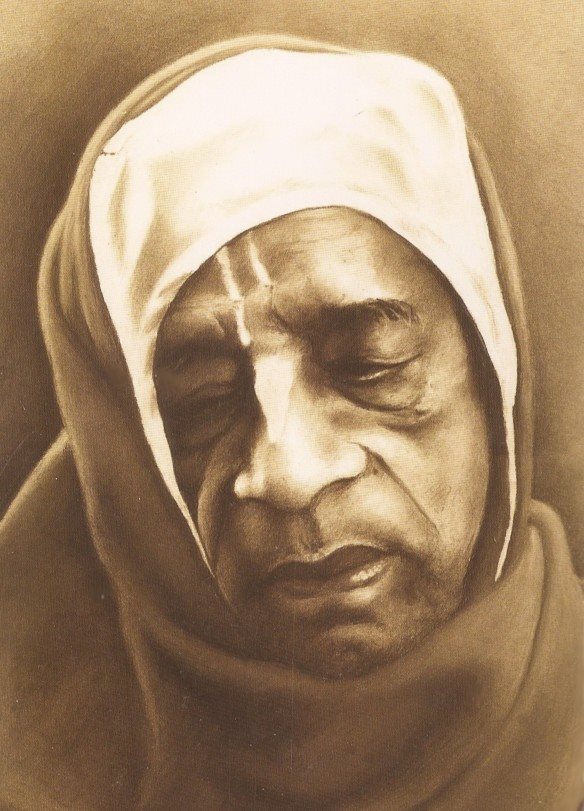 In 1972, in New York, Srila Prabhupada was in the airport with a large group of devotees. He was sitting in the departure lounge. There were so many devotees that the airport authorities were getting disturbed. One of the senior devotees made an announcement,

“Attention all devotees. We have to leave the departure lounge now to make room for the incoming passengers.”

Srila Prabhupada got up and began to leave.

“No. No. Not you, Srila Prabhupada!”, the devotee exclaimed.

Srila Prabhupada is so humble, that when all the devotees were asked to go, he also felt like he was included in that announcement. And even though no one else moved, Srila Prabhupada himself started to leave.

When Srila Prabhupada writes about himself, he uses phrases like:

“not worthy or fit”
“very fallen and insignificant”
“I am nonentity”
“I am dependent on your mercy”
“personally I am completely incapable.”
“It is beyond my power.”
“I have no credit.”
“I am a worthless person.”
“I am so feeble and unworthy.”
“I am the lowest of the all creatures.”
“I am simply messenger.”
“only a teeny attempt, and humble attempt”
“..simply a humble servant of my spiritual master.”
“I am so sinful that I cannot even approach Krishna.”

Despite his unprecedented success as an empowered acarya in spreading Krishna consciousness all over the world, fulfilling the mission of Lord Caitanya, Srila Prabhupada constantly displayed sublime humility.

“Humility means that one should not be anxious to have the satisfaction of being honored by others. The material conception of life makes us very eager to receive honor from others, but from the point of view of a man in perfect knowledge—who knows that he is not this body—anything, honor or dishonor, pertaining to this body is useless. One should not be hankering after this material deception.”

“I consider you all students as my Spiritual Master because your love for Krishna and service for Krishna teach me how to become a sincere Krishna Conscious person.”

“Practically there is no credit for me, if there is any credit it goes to my Spiritual Master, Bhaktisiddhanta Sarasvati Goswami Prabhupada, Who is helping me by sending so many good souls like you in this movement. Whatever is being done, it is due to His Divine Grace only. So my business is just to carry out His order. That is the way of disciplic succession; and as you have all come to help me, if you also follow the same principles then our combined effort to serve Lord Krishna will be surely successful.”

“All credit goes to my Gurumaharaja.”

How can God appear as a baby? (video)
Appearance Anniversary of Sri Nityananda Prabhu