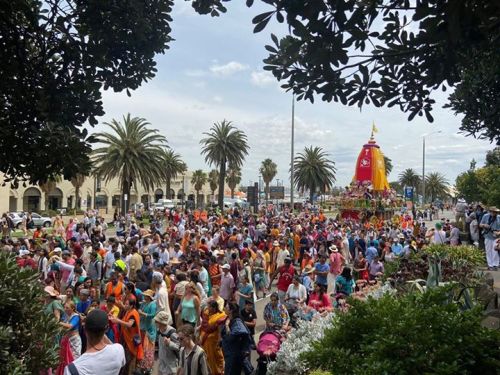 Ratha Yatra Festival in Melbourne, Australia (Album of photos)
Bhakta Dasa: Ratha Yatra and Vedic Village 2020 was a huge success with thousands of people receiving the Lord’s mercy one way or another. On behalf of the Ratha Yatra management team, a BIG THANK YOU to all those sincere and hard-working devotees that contributed in so many ways.
Find them here: http://bit.ly/2SbESt2

Sridham Mayapur 2020: New Pujari floor in the TOVP (Album of photos)
The glories of the Holy Name (video)
Tagged under: Nectar

Can one who has sinned be a saint?