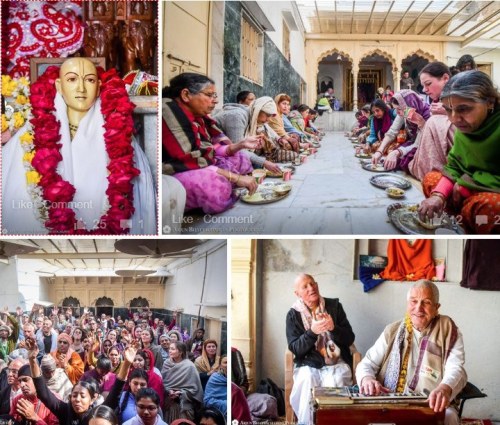 Narottam Das Thakura’s Appearance Festival in Vrindavan (2020) (Album of photos)
Srila Narottam Das Thakur is one of the main saints of the Gaudiya Vaishnavas. He was the son of King Krishnananda Datta of Kheturigram in Bangladesh, but he renounced everything and came to Vrindavan. He was a Sanskrit scholar and preached relentlessly, removing the misconceptions of the age. He composed various songs that are considered equivalent to the Vedic scriptures. One of his Deities, Sri Sri Radha Braja Mohan from Kheturigram festival, preside in Vrindavan in an area known as Gyan Gudri. We observed his appearance day through his beautiful bhajans, followed by katha and an amazing feast. Over 200 devotees attended the festival.
Find them here: https://is.gd/DcBCR8