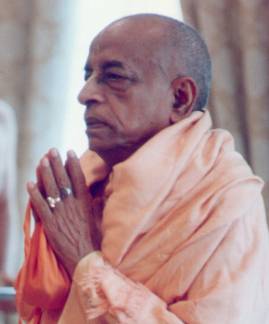 By the GBC Executive Committee

You will find attached a two-part document presented by the Governing Body Commission (GBC) of ISKCON. We write this letter to provide you a brief account of the events leading to the writing and publication of this document.

The first part, “Conversation Between Srila Prabhupada and H. H. Narayana Maharaja: Vrindavan-October 8, 1977,”consists of a transcription of the audio recording of that conversation preserved in the BBT Archives. This conversation was conducted largely in the Bengali language. This work presents the Bengali (both in Bengali script and English transliteration) together with a line-by-line English translation.

The second part, titled “The Last Conversation,” offers a careful analysis of the meaning and significance of this conversation. The analysis considers assertions made by Narayana Maharaja about that talk. It examines the conversation in its historical context. It evaluates the import of its findings for the future relationship between the GBC and Narayana Maharaja, between ISKCON and Maharaja’s own movement.

As many of you may know, some senior members of the GBC were deputed to meet with His Holiness Narayana Maharaja last October, 2009 in Govardhan. The GBC sought the meeting with the principle aim of offering apologies in person to Narayana Maharaja for a lapse by the GBC in 1995: it failed to communicate to him in a proper and timely manner about policies the GBC had just established concerning ISKCON members’ taking association and siksha outside of our society. Those policies, of course, directly affected Narayana Maharaja.

In our Govardhan meeting last October we expressed our respect to Narayana Maharaja as a senior Vaishnava. We offered him our heartfelt apologies for our failure to communicate with him properly. He graciously accepted our apologies. He then requested the GBC to rescind the policies established in 1995, particularly in regard to himself.

The attached documents present our considered response to that claim.

Another aim of our October meeting was to explore ways to minimize friction between our two societies. We are, after all, fellow followers of Sri Caitanya Mahaprabhu and the previous acaryas, so we pray that the seva of our two societies may continue to bring benediction to the forgetful jivas of this age. Yet it seems, as a practical matter, that our two preaching missions continue to spread Krishna consciousness in our own separate and respective ways.

We are keenly aware that we are all still unable to fulfill Prabhupada’s heartfelt call for unified preaching among the descendents of Bhaktisiddhanta Sarasvati Thakura. Let us all take that plea to heart and not, in spite of present impediments, give up on the goal.

If you have any questions about this paper or topic, you are invited to write to the GBC Secretary, at Secretary.EC@PAMHO.net.