HG Karnamrita Das (ACBSP) passes away due to Covid19 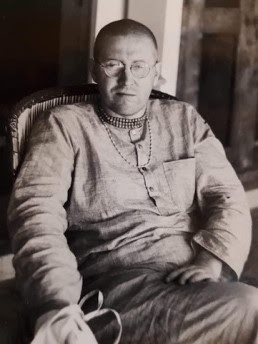 “With a heavy heart we’re sad to announce that Karnamrita Das (Brian Soul), disciple of Srila Prabhupada and father to Jahnavee Soul, left his body this morning due to Covid19. “He spent over a month in the hospital, originally for pneumonia and sepsis, fought for a long time, but at some point also contracted the coronavirus while he was there. Despite not being able to be there with him or communicate with him much because of the lockdown, we were able to arrange for kirtan to be playing for him the last couple days and at the time of his departure. Even in his near-unconscious state, the nurses heard him singing and they also became appreciative of the kirtan. The association of a devotee is so powerful that even in such a condition as he was, the power and love of the holy name shines through. We will miss him dearly, but know the soul is never vanquished and he has moved on to a better place. Please pray for his journey, that Krishna protect him and bring him back to the shelter of His lotus feet. Hare Krishna.”

Harinama in Prague (Capital of the Czech Republic) (Album with…