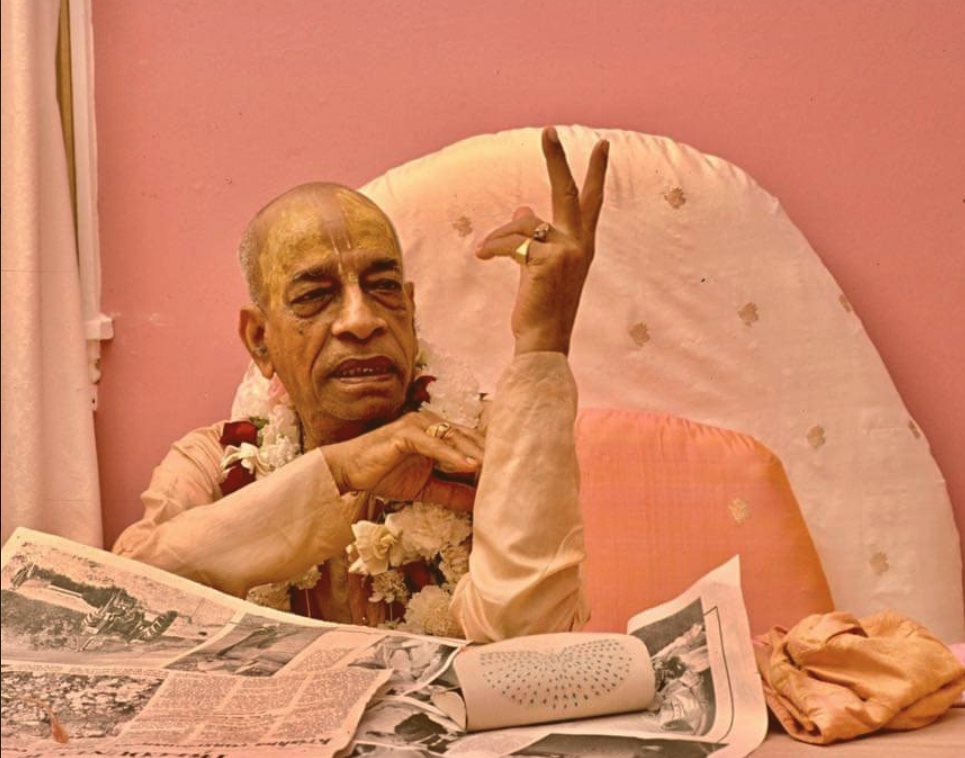 Few months ago, we received a call from a monk belonging to Swaminarayana sect in Gujarat. He expressed the desire to learn Bhagavad Gita As It Is. It was quite a surprise for us. On inquiring from him the purpose behind his request, he informed us that their chief-guru had written in their sacred literature called siksha-patri, the manual of good instructions, that every sincere seeker should study Bhagavad-gita very nicely. Since, he had heard from many people that ISKCON’s Bhagavad-gita is the best, he got inspired to approach us to assist him in this regards.

We had just launched an online Bhagavad-gita study program, so we got him added to the ongoing course. After one of the lessons, he inquired of the tutor, “How many books Srila Prabhupada has written? Has he written anything apart from Bhagavad-gita?”
“Oh yes! Srila Prabhupada has made voluminous contribution to the world of Vedic Literatures. He has translated the entire Srimad-bhagavatam and Caitanya-caritamrita in English. Along with that he has written so many other books. And, this he did in just a span of 11 years!” replied the devotee tutor.
“Wow! Did he write on his own or did he hire people to work for him?” the monk asked further, “I am asking so much in detail because even a professional writer in this world cannot make such voluminous contributions. Moreover, Srila Prabhupada’s writings are not some fiction. They are totally authoritative and full of beneficial instructions.”
The devotee tutor very enthusiastically replied, “Srila Prabhupada did it all by himself. Of course, he was assisted by some to take down his dictations, type out the manuscripts and look after the publishing, but as far as authoring the content is concerned, it was all done personally by Srila Prabhupada.”
The Swaminarayana monk replied in much wonder, “Oh! This is amazing. How could he do so much? It is humanly impossible. Srila Prabhupada must have been a great personality.”

We can imagine how much happiness this comment must have brought to the tutor who was facilitating the teaching of this online course.

Few weeks later, the monk wrote a letter of appreciation for Srila Prabhupada and Bhagavad-gita As It Is. Here we have included few excerpts from it,
“In this age, zillions of books are being published, but only a few of them leave substantial impact on the readers. ‘Srimad Bhagavad-gita As It Is’ is one of them. I adore reading it because it explains mysterious intricacies of the great literature in a very simple language with the use of relatable examples and analogies. Srila Prabhupada’s bold purports pierce through one’s heart, penetrate the deeper layers within, and expose out the internal lust, anger and greed. I especially appreciate the hard work Srila Prabhupada has done in making this book so practical for the people of modern age.”
He further glorifies Srila Prabhupada by writing, “Such transcendental teachings cannot be delivered by a person having a trace of impurity at heart. Srila Prabhupada is a great person and a guru for all. He has worked tirelessly, having sleepless nights and busy days, to write commentaries easily explaining these otherwise extremely complex scriptures. I am grateful to him and his faithful followers.”

We are sharing this appreciation with the devotee society at large hoping that it would bring you some pleasure and also some more appreciation for our beloved founder-acarya Srila Prabhupada, who, in true sense, is the spiritual master of the whole world.

Awakening From a Nightmare
Putting An End to Courtesy Japa