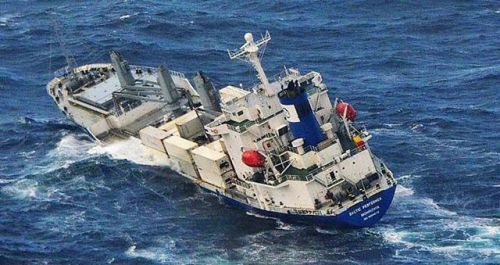 Meghnauth Baboo Ram.
Hare Krsna, Jagannath Mishra Prabhu and I happened to knock on a door, and a devotee named Meghnauth Baboo Ram opened the door. He looked surprised to see us holding up the Bhagavad-gita and other books. He said that he’d just finished reading the Gita and had placed the book on his altar when he heard us knocking. So we gave him the Krsna book.
Jagannath Mishra wanted him to say the Hare Krishna maha-mantra along with us. Some agree some disagree, some are cautious, others are enthusiastic, but this person, clearly a devotee, became ecstatic.
He said, “I feel my hairs stand on end to chant this mantra because it saved my life.“
Meghnauth Baboo Ram, an old man from Guyana, was blessed with six children. He worked in one of the shipping companies, maintaining the engines. He wanted to escape from Guyana and come to Canada, and then bring over his family. On the way to Canada by ship one night, in Nov. 1983, the engine was giving trouble, and then the ship seemed to have to hit a rock. They first started pumping out the water, and then repair of the engine started while the ship continued to run on the spare engine. Then the second engine also stopped working and so did the water pumps – the water started gushing in.
Along with two co-workers, he started to work on other engines, but nothing seemed to be working. He then thought of Lord Krishna and begged Him for safety, and as he had heard before, started to chant the Hare Krishna maha-mantra loudly and even closed his eyes. The engines, he said, were bigger than a room, and the noise was so loud and it was so very cold on the Atlantic in November. Nevertheless, he chanted continuously and loudly, and practically all that he could hear was: HARE KRISHNA, HARE KRISHNA, KRISHNA KRISHNA, HARE HARE, HARE RAMA, HARE RAMA, RAMA RAMA, HARE HARE.
He felt the ship freeing itself from the rock and moving forward, as the engines began to work and so did the pump. All on board reached the shore of Nova Scotia, Canada. So, he says, he still chants this maha-mantra with all his heart. He wishes to continue with the program, and we plan to bring him with us to the temple. This was a miracle arranged for us, and this is what book distribution can do – bring devotees closer to Krishna by the mercy of guru and Gauranga. We pray that the whole world becomes this fortunate.
Suma Prabhudeva Mississauga, Ontario

Srila Baladeva Vidyabhushana – The Lord Exists and He is Eternal

Gathering of sadhus in Ireland (video)