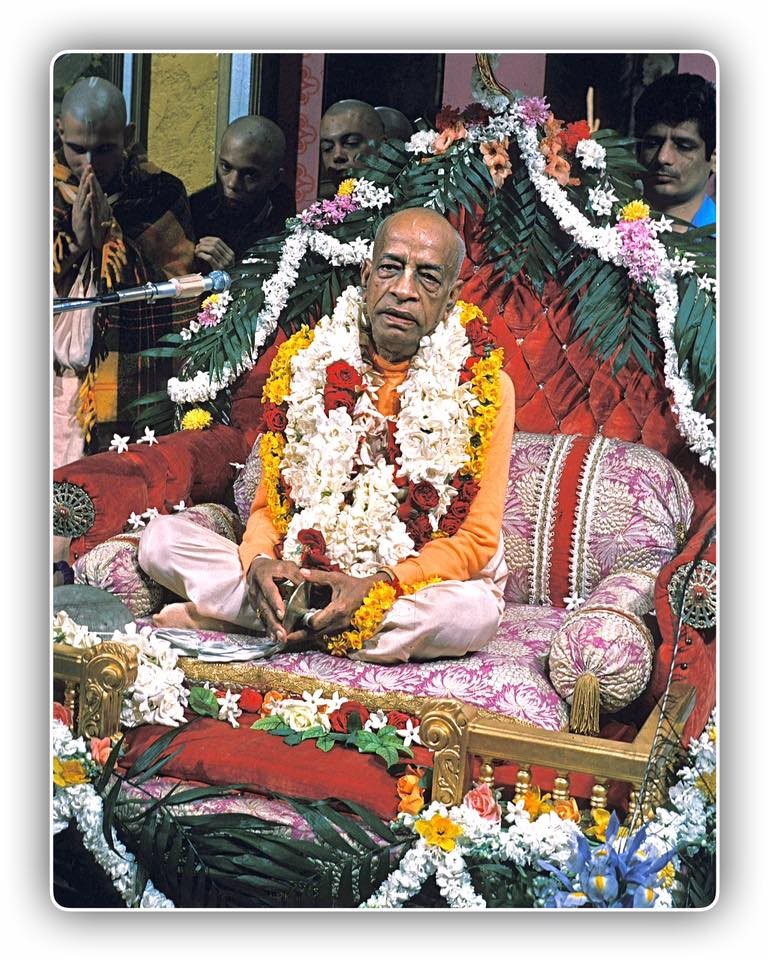 Culture are subtle forces or activities which condition or influence how individuals think and behave in every facet of their life; culture largely depends on a country’s or group’s conviction and purpose for existence (belief system); ones convictions are largely formed by knowledge or education (ideas or wisdom); therefore, we can conclude that knowledge and education changes culture, which then ultimately translates to changing individuals behavior and thus their destiny. In Bhārata-varṣa, I once asked a respectable gentlemen, who was enthusiastically standing up for protecting the “Hindu culture”, “What is the purpose of your culture?” To my surprise, the question surprised him. He fumbled for words, as if he had never been asked, or even thought about such a point. Sadly, this is the case with majority of people. The blind leading the leading. People are unaware where their culture is taking them, or what is the purpose of culture? Culture ultimately should free one from this temporary and miserable existence, by assisting everyone to understand Bhagavan Śrī Kṛṣṇa in full, thereby attain His Supreme abode (Bhagavad Gita 4.9). With this definition of culture and anecdote in mind, let us briefly analyze my year experience in Bhārata-varṣa.

One can’t think of Bhārata-varṣa, India, without thinking of its vast and dynamic culture: The many holy places, rivers, and saints; temples, names Gods and Demigods written everywhere, many languages spoken, promotion of false gurus and incarnations, vast rich food, music and loud noises, intimidating public transportation, non-stop cars honking, beautiful mountain ranges, contrast between cities and villages, year round political competition, major cricket fans, cows, dogs, and cats seen on the streets. Seems like quite a bit to take in and experience? This list simply gives us glimpse of reality. From a naive westerner first perspective, it seemed like someone just assembled random countries into one massive country. One may even wonder, how does anything function or get organized in such a seemingly chaotic place? But actually everything happens in a somewhat organized but dynamic way: There is unity in diversity.

Despite all the glamour and excitement, unfortunately, beneath the surface there is war or ‘Clash of Cultures’. Imperceptible to the general masses, massive tidal waves in the form of ‘Western Culture’, under the garb of ‘Progress and Modernization’, have been crashing against Bhārata-varṣa – gradually dwindling what little culture is left. The illusory urge to enjoy this temporary and miserable world has gradually increased more than ever before, and captivated most the population. Yet, from a westerners’ perspective, this land’s traditional culture still seems quite unique, and intact. Bhārata-varṣa’s culture still remains standing; this is largely due to the wealth of wisdom kept in books such as Mahabharata, Ramayana, Srimad Bhagavatam, and other Puranas – fortunately which, a large enough percentage of the population still cherish, worship and have faith in. As long as people have faith in these teachings and in intellectual class, the culture will exist to varying degrees. In recent history, the International Society for Krsna Consciousness (ISKCON) humble attempts at revitalizing India’s Vedic culture, particularly centered on distributing the teachings of ‘Bhagavad Gita as it’, and public chanting of Hare Krsna Hare Krsna Krsna Krsna Hare Hare, has helped repopularize the spirit of fully surrendering one’s life to Bhagavan Śrī Kṛṣṇa. Now many enthusiastic renunciants (Brahmacaris) are joining our ISKCON temples uplifting the entire spiritual culture of India.

Yet, in order to continue to combat against all this materialism being bombarded into Bhārata-varṣa, there is so much work to be done: Varṇāśrama-dharma. We need so many more thousands and thousands of men and women to join our centers, temples, and new farm communities to imbibe the teachings and impart of it to others. Get rid of this toxic coming from the west! Protect Bhārata-varṣa from its greatest tragedy! Do as your forefathers have done, lead the world once more as the spiritual forefront. There is no need to experiment on the youth of India. The social experiment has already been trailed and done. In America, growing up most of my school friends grow up with divorced parents, most students were depressed or on some form of anti-depression, and aimlessly lived their lives. Just see the lives of those who live against the tenants of guru, saints, sastra, and tradition: They simply cannot be happy, neither in this live, nor the next (Bhagavad Gita 16.23). Have we noticed the difference between the children who fortunate enough to still grow up in a village to the children growing up in cities? Are they any happier or of better character?

We see that Srila Prabhupada validates this theme or points being made in the follow Srimad Bhagavatam purport:

The real success or fulfillment of the mission of human life can be achieved in India, Bhārata-varṣa, because in Bhārata-varṣa the purpose of life and the method for achieving success are evident. People should take advantage of the opportunity afforded by Bhārata-varṣa, and this is especially so for those who are following the principles of varṇāśrama-dharma. If we do not take to the principles of varṇāśrama-dharma by accepting the four social orders (brāhmaṇa, kṣatriya, vaiśya and śūdra) and the four orders of spiritual life (brahmacārī, gṛhastha, vānaprastha and sannyāsa), there can be no question of success in life. Unfortunately, because of the influence of Kali-yuga, everything is now being lost. The inhabitants of Bhārata-varṣa are gradually becoming degraded mlecchas and yavanas. How then will they teach others? Therefore, this Kṛṣṇa consciousness movement has been started not only for the inhabitants of Bhārata-varṣa but for all the people of the world, as announced by Śrī Caitanya Mahāprabhu. There is still time, and if the inhabitants of Bhārata-varṣa take this movement of Kṛṣṇa consciousness seriously, the entire world will be saved from gliding down to a hellish condition. The Kṛṣṇa consciousness movement follows the process of pañcarātrika-vidhi and that of bhāgavata-vidhi simultaneously, so that people can take advantage of the movement and make their lives successful.” (Srimad-Bhagavatam 5.19.10 Puport)

We hope that Bharata-varsa once more regains her full glories, and as Srila Prabhupada urges us, the entire world will be saved from gliding into hellish conditions by seriously taking to Krsna consciousness. Let us create a Krsna conscious culture all over the world.

The Future of Science and Krishna Consciousness (video)
Does Association Matter? You Be The Judge!