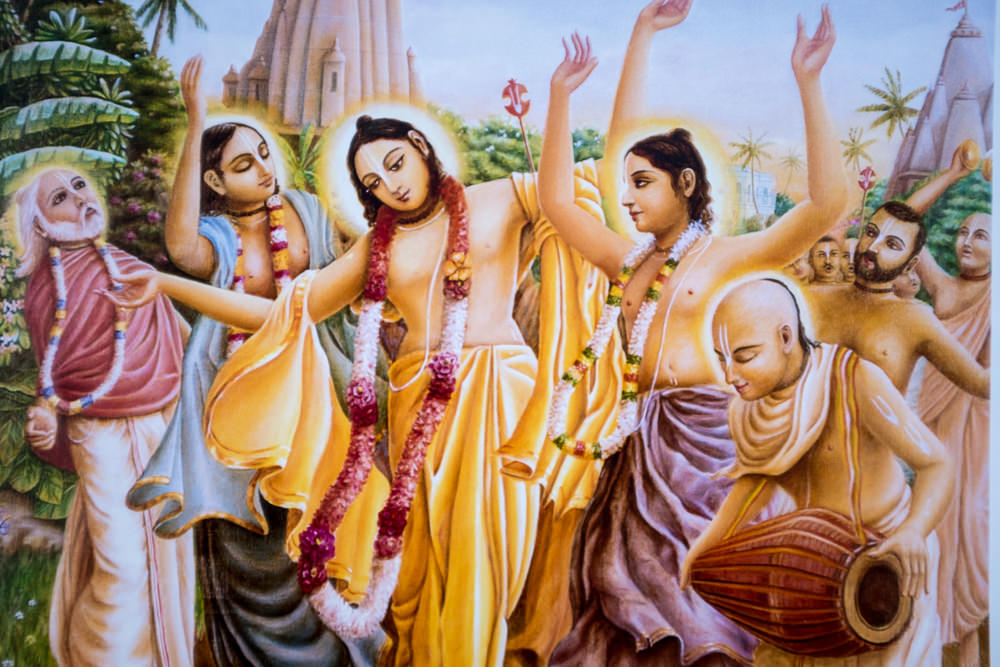 Nowadays everyone knows what yoga is. Or do they?

In the West yoga is more popular than ever.

“It’s at the top of its game,” says Dan Gurlitz, general manager of Koch Vision, whose distribution of Yoga Zone DVDs and videos is a “serious seven-figure business.” According to Kimberly Leonard, writing in US News & Word Report, “During the last decade the number of Americans who report practicing yoga has nearly doubled to 21 million.” Other Western countries follow close behind.

If you ask the average yoga practitioner in the West what yoga is all about, you’ll probably hear answers like, “It makes me feel good,” “It’s stimulating,” “It’s relaxing,” “It’s quite a workout,” or “It keeps me in shape.”

Nearly every response refers to the physical aspect of yoga practice. One would think yoga merely another exercise regimen, or at best a way to keep body, mind, and soul in some sort of integrated harmony.

The fact is, this body-centered focus is something new. Traditionally, yoga is a spiritual discipline. Even the ancient authority Patanjali deemphasized the asana (postures) and pranayama (breath control) parts of the practice, so popular for today’s yogis. Patanjali’s Yoga-sutras define yoga more in a spiritual sense than as the physical exercises popular today as hatha-yoga. He highlights meditation as opposed to postural exercises. Asana and pranayama are not goals in their own right but essential techniques to still the mind for achieving spiritual illumination. The second sutra (concise statement) of Patanjali’s work defines yoga as yogash citta vritti nirodhah: “Yoga is the control of the thought patterns of the mind.” In other words, yoga is the doorway by which we can go beyond mundane mental processes; it is a method to control the mind’s discomforting fluctuations. In fact, the entire practice is meant to gain mastery of the body and mind. For what purpose? The great yogis of old wanted mastery of body and mind to pursue the spirit. That was the real motivation of yoga.

Modern-day yogi Swami Satchidananda confirms this point in his commentary on Patanjali’s Yoga-sutras:

When the word yoga is mentioned, most people immediately think of some physical practices for stretching and stress reduction. This is one aspect of the yogic science, but actually only a very small part and relatively recent in development. The physical yoga, or Hatha yoga, was primarily designed to facilitate the real practice of yoga – namely, the understanding and complete mastery over the mind . . . This is how one reaches the spirit.

The word yoga means “union,” giving it implications far beyond the healthful union of body, mind, and spirit sought by many modern practitioners. It’s not that the body is frowned upon, but it is seen as an essential instrument for serving the divine. Hence the mandate to fine-tune it and use it as a precious tool for attaining transcendence.

Originally yoga aimed at union with God. And not in some tepid abstract sense – “I am one with God.” No. It meant developing a service attitude toward God. It meant becoming one with God in purpose, which means that any yoga should progress to bhakti-yoga, or the yoga of devotion. Indeed, Lord Krishna says in the Bhagavad-gita (6.47): “And of all yogis, the one with great faith who always abides in Me, thinks of Me within himself, and renders transcendental loving service to Me – he is the most intimately united with Me in yoga and is the highest of all. That is My opinion.”

In this way a clear picture emerges about the methods and goals of yoga practice: One begins by controlling the body and mind, making it a finely tuned instrument. But this is just a beginning step. After that, one uses this instrument in the Lord’s service. This is the perfection of yoga, technically called bhakti-yoga. In the end, then, to use a poorly tuned instrument (a body not tuned by hatha-yoga) in Krishna’s service is better than using a perfectly tuned instrument (a yogi’s body) for other things.

One of the great banes of modern yoga practice is that by developing a superior bodily vehicle one is likely to fall from the spiritual path, enamored of the physical rewards of regular discipline, which are many. Patanjali warns against such yoga merits and other, more metaphysical ones, because they can distract a person on the spiritual path. “One must be unattached to these supernatural powers, or one will not attain absorption in the Supreme. Indeed, these very powers can become the seeds of bondage and failure.” (Yoga-sutras 3.51)

Yoga tends to elevate its practitioners to a state of sattva-guna (goodness), which can be advantageous – but also harmful. The advantages are obvious: enhanced consciousness, inclination to pious activity, a suitable environment for further advancement on the path. But yoga can also hinder practitioners because sattva-guna can cause attachment to one’s yogic view and way of life. Comfortable in their conceptions of spirituality, yogis may feel they already have knowledge and don’t need further progress. If they deem themselves happy, they have a hard time believing they could be happier still.

But higher realms exist. Ancient yoga texts describe the happiness derived from ordinary yoga practice as being like the water in a calf’s footprint when compared to the ocean of bliss found in the practice of bhakti-yoga. That is to say, whether or not one practices hatha-yoga, one would do well to gradually move into the realm of bhakti and, with a mood of love, render spiritual service, developing a selfless attitude under the direction of a bona fide spiritual teacher.

What does bhakti-yoga look like, and how can one engage in its practices in a simple and direct way even while engaged in ordinary yoga? First, learn mantra meditation, the practice of chanting Krishna’s holy names, from someone who knows, someone who has received these transcendental names from a master whose lineage is respected for bestowing sacred sound. Chanting waters the plant of bhakti, which grows from the seed given by the spiritual master.

Kirtana,or call-and-response chanting, is all the rage now in yoga studios throughout the world, but one must learn to chant properly for it to have full potency and produce the true fruits of bhakti-yoga. By proper chanting one becomes privy to the prescribed means of self-realization in the current age, known as Kali-yuga. As the Srimad-Bhagavatam (12.3.52) says, “Whatever result was obtained in Satya-yuga by meditating on Vishnu, in Treta-yuga by performing sacrifices, and in Dvapara-yuga by serving the Lord’s lotus feet can be obtained in Kali-yuga simply by chanting the Hare Krishna maha-mantra.”

Art of resolving conflicts amicably
Karma of the Nation

It Is Never Too Late To Be What You Could Have Been!

3 Pieces of Helpful Advice for Marriage in Bhakti