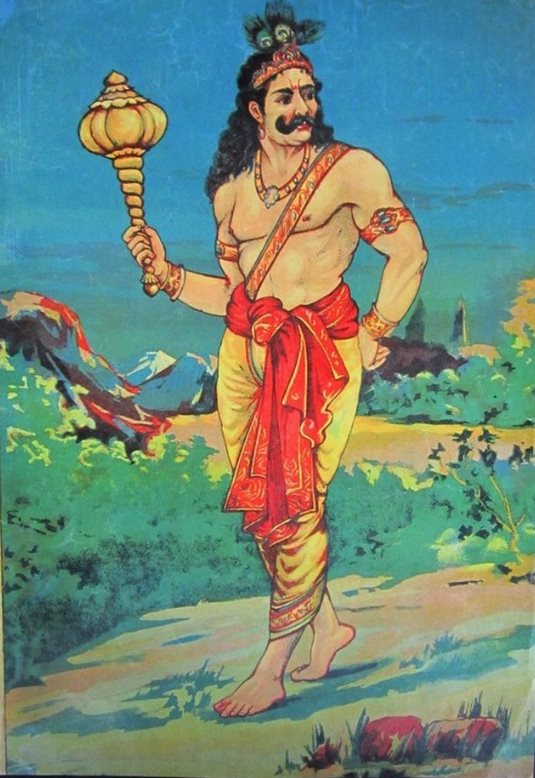 By Lakshman (das) Vrindavan (IN)

Ekadashi means eleventh day of waxing or waning moon. Therefore, two Ekadashis fall in every month. Usually on Ekadashis, the devotees undertake fasting. Pandava Nirjala Ekadashi observed on the eleventh day of the bright fortnight of Moon (shukla-paksha) in the month of Jyeshtha (May-June) is called Nirjala Ekadashi because on that day the observer of the vrata should not drink even water. Since the vrata observed is in the month of Jyeshtha, it is known as Jyeshtha-shukla Ekadashi as well. The Mahabharata tells that the Pandava brothers strictly observed all Ekadashis. However, the voracious eater Bhima couldn’t observe full fasting on the Ekadashis. Therefore, he approached his grandsire Vyasadeva for an alternate solution to abstain from the sins he committed thereby. Vedavyasa advised Bhima to observe only the Nirjala Ekadashi once annually and it will award the benefit of observing all Ekadashis in a year. From then, the Nirjala Ekadashi became famous as Pandava Nirjala Ekadashi. Because the alternate solution was sought by Bhima, the day became famous as Bhima Pandava Nirjala Ekadashi. The Hari bhakti Vilasa (15:25) refers a quote from the Padma Purana (Vedavyasa speaks to Bhima),

“Hear it doubtlessly my son what Lord Keshava, who beholds a club, disk, conch shell and lotus flower in hand, once told me, “The merits achieved by fasting on all Ekadashis in a year can be verily obtained by fasting on this Nirjala Ekadashi.” Summarily, Srila Prabhupada said that nirjala means (not drinking even water) because consuming water according to shastra is consuming food. There are many devotees who don’t drink even a drop of water. The whole day and night they fast and observe the Ekadasi-vrata. The night is called Harivasara (chanting the holy name of Hari). Such a firm vrata is called drdha-vrata.

In the year 2010, the Pandava Nirjala Ekadshi falls on 22nd June. On an enquiry about fasting on the Nirjala Ekadashi day, Srila Prabhupada said, “Ekadashi day – there is no eating sumptuously. Simply you take little fruits and flowers. Try to avoid that also. You don’t take even water. That is really Ekadashi. But because we cannot do it – in kali-yuga the time is different – therefore we are allowed to take little fruit and milk, which is called anukalpa.”

If a devotee can’t fast on Ekadashi, he must fast on the following day. However, on any case, we should avoid food made of grains on all Ekadashis as Lord Caitanya insisted His mother Sacidevi in Caitanya Caritamrta – Ädi-lila (15.9), ekadashite anna na khaibe, which means “On Ekadashis, food stuffs made of grains such as rice should be avoided.” Srila Prabhupada comments quoting from the Skanda Purana, “A person who eats grains on Ekadashi becomes a murderer of his mother, father, brother and spiritual master, and even if he is elevated to a Vaikuntha planet, he falls down.”

The observers of vrata on Ekadashis sometimes prefer to fast, and/or fast without drinking water, and/or spend sleepless night. Sometimes devotees chant and praise the Lord always and keep awake the whole night. Such observers of vrata should break the fast methodically. It may be safe to drink one or more glasses of water with lemon juice and a little bit of salt and black pepper as appetizer and eat food after a couple of hours.

In Udupi, Madhvacarya installed a beautiful Deity of Gopala standing alone holding a cowherd’s stick. This Deity is said to have been manifested from within a chunk of gopi-candana (sacred clay). He established eight mathas
(temples) to lovingly serve “Udupi Krishna.” The sannyasi leaders of each matha worship the Krishna Deity with a rigorous regimen of ceremonial ritual, punctuality, and impeccable personal conduct. Every Ekadasi they observe as nirjala (total fast of food and water).

Observing a vrata (usually fasting) is meant to control our senses and mind because without which it may be hard to focus our attention on the Supreme. Therefore, Ekadashis are days meant for purification of mind curtailing the bodily demands. Abstaining from food will control our urge for taste and appetite and if we observe the vrata regularly, we can bridle our senses by controlling the mind. The vrata is intended to control the tongue as well. During the Ekadashi-vrata, we should never even think of using a foul language. Lord Krshna tells in Uddhava Gita (14.36),

“Control of mind is engaging the intelligence in love of Me and self-control is controlling the senses. Tolerance is subsiding mental distress and firm determination is conquering the tongue, genitals and lusty desires.” Among all senses, tongue is the most important. Anyone who can control the taste of tongue and speech can control the mind and such a person alone can become a perfect devotee of God. Therefore, Ekadashi vratas are very important for a devotee to perfect his love of God and a true lover of Krshna should not miss those opportunities.

The Citizens Should Feel Safe!
The Story of Pandava Nirjala Ekadasi

Fixing The Earth Up – A Story

Iskcon Brisbane, A New And Exciting Chapter Has Just Begun

The Ramayana on the Need for a Proper Leader