If Corona Was A College What could it possibly teach you? 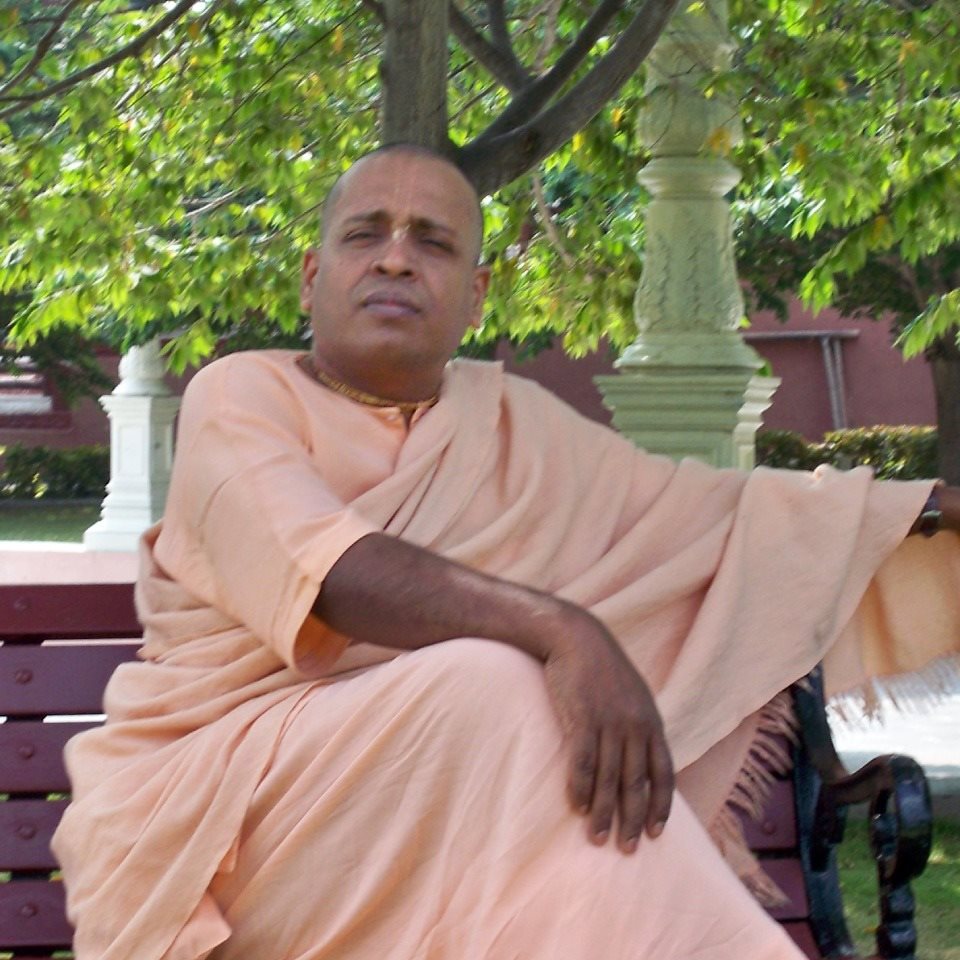 Every reversal can teach us something. Every adversity has hidden lessons.

If only we are willing to listen! The times are changing. The world is changing. Question is are we going to change? This 200 years old industrial civilization is entering a decisive phase as the curtains of karma start coming down.

Party has been going on for too long and probably it’s time to go home and catch up on some rest. Our earth and environment can’t support this reckless living a minute longer. Universe works under finely balanced laws and making things topsy-turvy is not helping the situation. Our best interest lies in following the universal scheme of things and not in defying the subtle laws of creation.

For thousands of years, we lived in harmony with the nature. It all changed with the onset of industrial civilisation. Suddenly we discovered that we can exploit nature. Science and technology enabled us to defy every condition the nature imposed on us. It was a war on nature and we thought we were on the winning side. But time and again this illusion has been shattered. Slow learners as we are, we think we matter but we don’t. At the end of the day, we are just another species. Only difference is that we have gone feral. Material nature is and will remain insurmountable.

In the present crisis, our scientific establishment has been caught with its pants down! They promised us a colony on the Moon. And that we are going to step on Mars by 2020 but now we can’t even step out of our homes. They spoke of eradicating the diseases and making the man immortal. But right now thousands are dying with the medical infrastructure collapsing around the world. Rich and poor alike, every country is struggling to cater to its dead and dying. These tall scientific claims in the last few decades were nothing but post dated cheques and no sane man plans his finances based on some post-dated cheques.

How about some humility? How about admitting that we are not the supreme controllers, at least as of now? How about admitting that we don’t yet fully understand the mysteries of the universe. But these so called experts speak as if they have figured everything out. They haven’t. They are helpless and shameless at the same time. Take for example this virus! The weight of a virus is measured at 0.85 attograms or about one millionth of a trillion grams. 70 billion viruses that will make a person sick will be about 0.0000005 grams. For the 2 million cases around the world, the total weight of the rogue virus comes to about 1 gram. This is what it means – 1 grams of virus has brought the human civilisation to its knees. So much for our illusion of self grandeur and achievements in science. This 1 gram of virus is threatening to defeat the scientific and technological advancement of last 200 years. If only we could understand this simple fact – the nature will always have the last laugh.

Nature has divided the world in zones, separated by vast oceans. We have shrunk this into one global village. This quest for globalisation is artificial and risky. Civilisations have always thrived in their local environment. Nature is going to force us to get localised again. Saying goes that ‘hope for the best and prepare for the worst’. Carl Jung, one of the fathers of modern psychology remarked that “people cannot stand too much reality.” And one such reality is that end has come for many civilizations in the course of human history and the prophets of doom haven’t been all wrong. In fact, it’s safe to say that more civilizations have collapsed than have persisted.

Ours may as well add to that record of vanished civilizations, the primary difference being that it’s global in scope and threatens the stability of the entire community of life. Civilizations have always been local and this is the first time in history that entire humanity shares a common fate. Keeping all our eggs in one basket is not a wise policy. In this corona pandemic, we are paying dearly for our quest for globalization. Material world is a calamitous place but all the previous calamities were local in nature. Now we have to be prepared for disasters on global scale, thanks to our interdependence and interconnectivity. Earlier we suffered in isolation and now if we go down, we go down hand in hand, all together. The saying “man is the architect of his own fortune” was never more relevant. Tony Blair, the former British Prime Minister, rightly put it in

October 2006, “We have a window of only 10 to 15 years to take the steps we need to avoid crossing catastrophic tipping points.” Living a life in harmony with nature and its environment is the only way a civilization can survive long enough to pass the test of time. In my book “End of Modern Civilisation and Alternative Future,” in 2008, I remember discussing in detail the future of this civilisation.

This virus is being blamed on Wuhan wet market, selling exotic animals. Since last century, we have declared a war on the poor animals. Cruelty has existed in human society but in modern times, it has become industrialized. Cruelty has taken the shape of a global industry and the world has never witnessed such institutionalization of barbarism. People always killed animals for food, entertainment or fur etc. but killing in mechanized industrial slaughterhouses is a modern invention. Animals were never transported thousands of miles for killing and neither existed global marketing networks in animal products. Epitome of this desensitisation is the concept of factory farming. It involves raising farm animals in confinement at high stocking density, where a farm operates as a factory. A chicken is confined to A4 paper size cage, throughout its short, miserable life. The next big virus will come out of these ‘hells on earth’, if we are to believe New Your Post. I quote an article published therein, on May 30th 2020:

“The coronavirus has killed over 365,000 people worldwide in just five months — but that’s nothing compared to what could be coming if humans don’t clean up their act when it comes to chickens.

In his new book, “How to Survive a Pandemic,” Dr. Michael Gregor, a scientist and physician who once testified for Oprah Winfrey in her “meat defamation” trial, warns that an apocalyptic virus emanating from overcrowded and unsanitary chicken farms has the potential to wipe out half of humanity.

Greger, a vegan, writes that “In the ‘hurricane scale’ of epidemics, COVID-19, with a death rate of around half of one percent, rates a measly Category Two, possibly a Three. … The Big One, the typhoon to end all typhoons, will be 100 times worse when it comes, a Category Five producing a fatality rate of one in two. … Civilization as we know it would cease.”

While environmentalists warned earlier this month that the world would face another stronger epidemic if we continue to have contact with wildlife, Gregor places the blame squarely on chickens.

“With pandemics explosively spreading a virus from human to human, it’s never a matter of if, but when,” Greger writes.

Citing the bird-based Spanish Flu outbreak of 1920, and the H5N1 outbreak in Hong Kong in 1997, Gregor writes, “the worry is that the virus never stands still but is always mutating. … This is the monster lurking in the undergrowth, the one that makes epidemiologists shudder.”

Human society will have to revert to its natural diet which is predominantly vegetarian. The meat eaters can eat meat but they have to eat the way all other carnivores do – go out and hunt. A global meat trade and a global network of sophisticated slaughterhouses is hardly the natural way to eat meat. It may be hard to accept but the natural world is not meant for our sense gratification, rather we are an insignificant part of the natural world.

What else can we learn from this corona crisis:

– Nature will always reclaim its space.

– Time to learn the art of living from our lesser brethren, the animals!

– We need to go back to the basics and connect with the land and our food source.

– Rampant urbanization, piling millions on top of each other, is artificial and is the most unnatural form of human settlement. Re-ruralization will be a predominant demographic pattern in the coming times.

– Overconsumption underlies the present crisis and the planet can no longer support this life style.

– We may like it or not, one day we might have to return to pre-industrial living. Its not a question of if but when.

– We have taken 2 square meals for granted but the future of humanity lies in localization and local farm movement.

– Human civilisation is in need of spiritual or non-material satisfaction.

-The present crisis is just a tap on the shoulder, a wake up call. If we don’t listen, we better prepare for a catastrophic future. What we are witnessing is just a trailer of the film which may be coming to our theatres soon!

-Self sufficiency, based on simple living and high thinking can solve all our problems, both on the personal and global level. Voluntary simplicity or downshifting is happening around the world. Thousands of successful professionals are giving up their stressful careers and returning to nature. They opt for a patch of land and a cow or two, where they grow their own food and produce their own milk. Thousands of such communities called eco-villages, have come up in the last 2 decades. People are also opting for urban homesteading where they grow their own food and depend less on the outside income.

-Politicians, when they can’t manage the affairs, they start war to deflect the people’s attention. As anyone can see, suddenly the geo-political scene is heating up and clouds of war are hovering on the horizon.

– Veneer of civilisation is very thin and it is only for the good times. What happens when there is trouble? Christoper Nolan has the answer, “You see, their morals, their code, it’s a bad joke. Dropped at the first sign of trouble. They’re only as good as the world allows them to be. I’ll show you. When the chips are down, these… these civilized people, they’ll eat each other.”

We have seen how the infected people around the world have attempted to spread the infection by smearing saliva or even spitting on others. How the people have been mugged for toilet rolls. Plenty of horror stories out there which would put the animals to shame!

-Progress needs to be redefined as the betterment of people and not just the betterment of things. We are having better roads, better computers and better buildings but the level of people is going to dogs. Calling them animals would be an insult to the animals.

A lot can be said on the subject but that is for another day!

The Secret Life of Plants

The Company We Keep