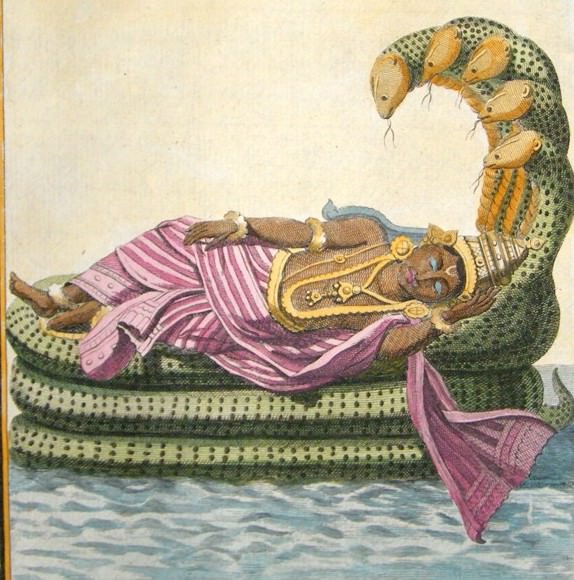 The universe around us appears to be orderly and symmetrical. The planets rotate perfectly in their orbits. Our bodies possess complex circulatory, respiratory, and digestive systems. Even the atoms are highly structured. All this suggests that the universe was created not by chance, but by an intelligent person. If human beings can create houses, skyscrapers, and many other structures, it is plausible that a person far more powerful than any human created the universe and everything in it.

A Vedic scripture teaches that the material world is created not once but repeatedly, time and time again. Additionally, this universe is considered to be one of many, all enclosed “like innumerable bubbles floating in space.” The common man also knows that the creation is made by some creator and is not created automatically. We have no experience in the practical world that a thing is created automatically. Foolish people say that the creative energy is independent and acts automatically, as electrical energy works. But the intelligent man knows that even the electrical energy is generated by an expert engineer in the localized powerhouse, and thus the energy is distributed everywhere under the resident engineer’s supervision. [SB 2.4.6p]

The soul, more subtle than any matter, generates his own successive material bodies. This world and its creatures are here to facilitate the soul’s self-centered desires, and ultimately to enable his return to the spiritual world. [SB 3.5.19p]

The material world is but a small portion of God’s kingdom and a place for those who wish to become the center of enjoyment.

The material world and its suffering is not really God’s desire, just as a government would prefer that there were no prisons.
Though the government provides and organises the prison service, the criminal is responsible for his or her situation. Similarly, though God creates this world, the soul creates his own happiness and distress.
The world is a place where fallen souls attempt to enjoy existence separately from God.
The ultimate purpose of the world is reformation of character and attitude, by which the soul can attain liberation. The soul suffers not so much through his location but through his rebellious attitude.

A Key to Understand

The key to understanding the purpose of the world is that, Krishna, has given us a limited amount of independence. He lets us act as we like. But at the same time we are responsible for our activities. So in actuality, although the hand of God is behind the creation of this world, it is actually created by us, not God.044

This material world is created to give us, the souls who want to be happy independently from God, a place to live. Here in the material world our intelligence is covered by “maya,” illusion, and we are trying to become the lord and master of the world. We are forgetful of the Supreme Personality of Godhead and instead of surrendering to Him and serving Him we are trying to get others to surrender to us and serve us. We want to be God. We want to be the master. But actually we cannot be God, we are constitutionally very small and Krishna, is very great. This is eternally true. God is always God and we are always servants of God.

To Reclaim the condition souls who are dormant in forgetfulness [heart of Krsna] [SB 3.5.3 and 3.5.24] Lord wants to enjoy with creation of material world. [SB 3.5.22p] He wants all parts and parcel to participate in rasalila – the highest living condition. [SB 3.5.23p] Chance for the jiva to enjoy sense gratification [3.5.51] Chance for jiva to realize that they are created for transcendental sense gratification of Lord. [SB 3.5.51] The purpose of the universal creation is to realize the goals set forth by God and to reach god. [SB 7.5.31]

What was there before creation?

The compassion of the Lord towards living entities: Lord is mercifully putting so much endeavour from His side to reclaim conditioned beings, creating universe, residing as supersoul in heart to guide and sanction jiva’s desires, maintaining and winding the universe, sending acaryas to reclaim fallen souls and so on. [SB 3.5.24]

The false-ego of the jiva is the root cause of creation. Every jiva has a minute independence to take decisions either to utilize in the service of the Lord or to lord it over.

The Lord is the cause of all causes. He is unborn but makes other born. Like the wealthy financier, the Supreme Lord is aloof from the work of creation, but just how He delegates the creative duties, and to whom, is unique. Unlike ordinary persons, Krishna can expand Himself into innumerable forms, known as plenary expansions, which are equal to Him in power and opulence. These expansions are all the same Personality of Godhead, Krishna Himself, and yet at the same time they are individuals with independent thoughts and actions. Brahma-samhita gives the analogy that just as one candle can light many other candles, each with the same power to illuminate, so Krishna, the original Personality of Godhead, can expand Himself into innumerable plenary forms and still maintain His identity as the supreme, original person.

Just like a person on millions of television screens at once partially illustrates Krishna’s power to expand, the difference being that the television expansions are only images of the original person and must move and speak as that person does, whereas Krishna’s expansions, although non-different from Him, can act as they please. They are not mere images, but complete individuals.

Our endeavour should bring us to this point: whatever lord wants us to do, we should do undeviating. Every living entity is meant for transcendental sense gratification of supreme Lord [SB 3.5.51]. When the living entity get purified of the desire of lording it over material nature and only hanker for the service of the Lord can they enter the spiritual realm.

If Corona Was A College What could it possibly teach you?

More Strength than a Million Suns