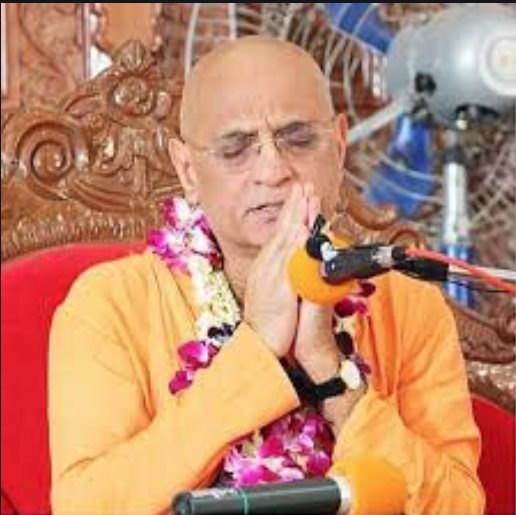 Dear devotees, Please accept my greetings and the blessings of Lord Krishna. All glories to Srila Prabhupada.

More than anything concerning the disappearance of Bhakti Caru Swami I am solaced by the appreciation of his character and service expressed by his godbrothers and leaders of ISKCON. I believe ISKCON above everything is meant to carry on the vision and mission of Lord Caitanya Mahaprabhu that Srila Prabhupada revealed to the world. However, that vision and mission especially becomes alive in the Krishna conscious loving exchanges between the devotees. Especially senior devotees give life to a spiritual society in their loving exchanges. If the seniors love and respect each other, the juniors will learn also how to respect and love each other.

Srila Prabhupada has told us that our relationship with the spiritual master is eternal. That relationship develops eternally the more the disciple takes interest in understanding and following the spiritual master’s example and instructions. A spiritual master is a master because he is the servant of the servants of the supreme master, Lord Krishna. Our supreme master in the form of Lord Caitanya, has told us that whomever we meet, we should with transcendental discrimination and expertise try to help that soul advance in Krishna consciousness. Bhakti Caru Swami will especially continued to be served and glorified by his disciples and followers by their thoughtful and affectionate service to the devotees. They can do this by taking shelter of his example and that of his supreme example, Srila Prabhupada.

Yours in the service of Srila Prabhupada, Prahladananda Swami

Brahmananda Prabhu “The Mountain of our mission”