The whole world collapsed for me 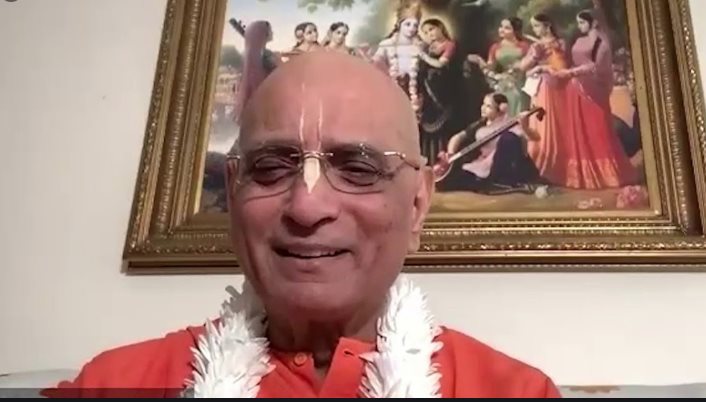 My dear disciples of His Holiness Bhakti Charu Swami Maharaja,

I will not attempt to imagine the pain and emotions you are going through at this moment after the departure of your beloved Guru Maharaja. I can only join Anuttama Prabhu’s memory of the pain and emotions we experienced when His Divine Grace A. C. Bhaktivedanta Swami Prabhupada left this mortal world. Although we were aware that Srila Prabhupada was very sick at that time, the thought that he could pass away from this world never crossed my mind, not even for a second. Srila Prabhupada was my life and soul – period. When I received the devastating news of Srila Prabhupada’s departure while preaching in Beirut (Lebanon) at that time, I was sitting in my room for two days, not being able to eat or sleep or do anything else, except chanting the Holy Name and remembering Srila Prabhupada with tears constantly flowing from my eyes. The whole world collapsed for me. Was there any use to continue?

Now I had to take shelter of Srila Prabhupada’s vani form, remembering him saying that he always felt the presence of his Guru Maharaja. This form of the spiritual master the disciple can render service to day and night, and Srila Prabhupada reciprocated in so many ways. Additionally, I had the association of all the wonderful Godbrothers and -sisters of which I am ever grateful. They all shared their precious experience with Srila Prabhupada, which broadened the limited experience I had with His Divine Grace. This vani form of Srila Prabhupada always remains with me till my last breath.