How to find Krishna in the great Vedic scriptures of India? (video) 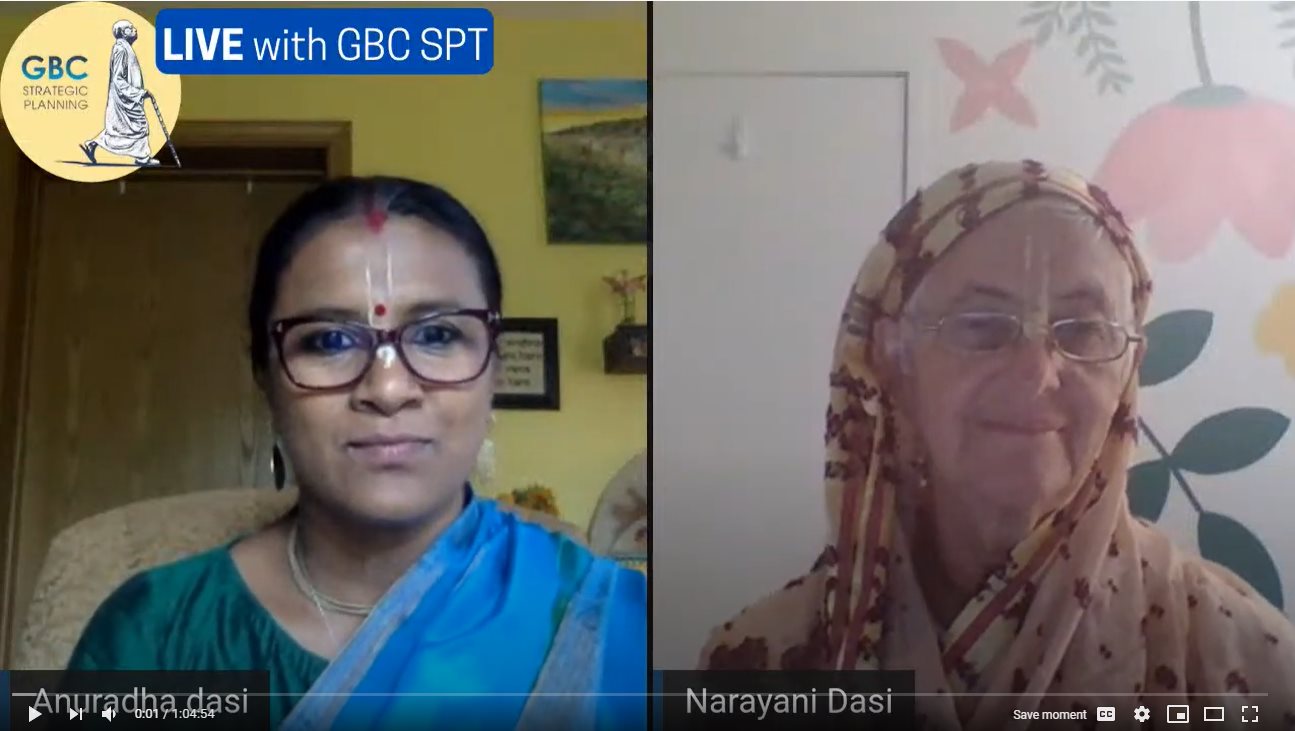 Let us hear from HG Narayani Devi Dasi as she affirms the Purpose # 2 of ISKCON (To propagate a consciousness of Krishna (God), as it is revealed in the great scriptures of India, Bhagavad Gita and Srimad Bhagavatam).

Narayani Devi Dasi a disciple of His Divine Grace AC Bhaktivedanta Swami Srila Prabhupada, joined ISKCON in Boston in 1970. She has done many services for Srila Prabhupada including Deity worship in Calcutta temple, traveling book distribution in Western India for the Bombay temple, and teaching Bhakti Sastri, Bhakti Vaibhava and Bhaktivedanta courses in the VIHE in Vrndavana. She helped write the VTE curriculum for Bhakti Sastri and has written a series of twelve books including Srimad Bhagavata At a Glance which has a picture for every verse of Bhagavatam as well as Bhagavad-gita at a Glance which has a picture for each verse of the Gita. She continues to reside in Sri Vrindavan Dham India, publishing, writing and studying for her yearly preaching tour. She visits temple in countries all over the world including Australia, New Zealand, Denmark, Germany and many temples across the US including the Alachua community in Florida, New Dwarka in Los Angeles CA, The Potomac temple in Washington DC, among others.

Understanding the departure of HH Bhakti Charu Swami (7 min. video)
Why and how to erect places of the transcendental pastimes of the Lord? (video)

Life of the Devotee (9 min. video)