Why do we write, print and distribute books? (video) 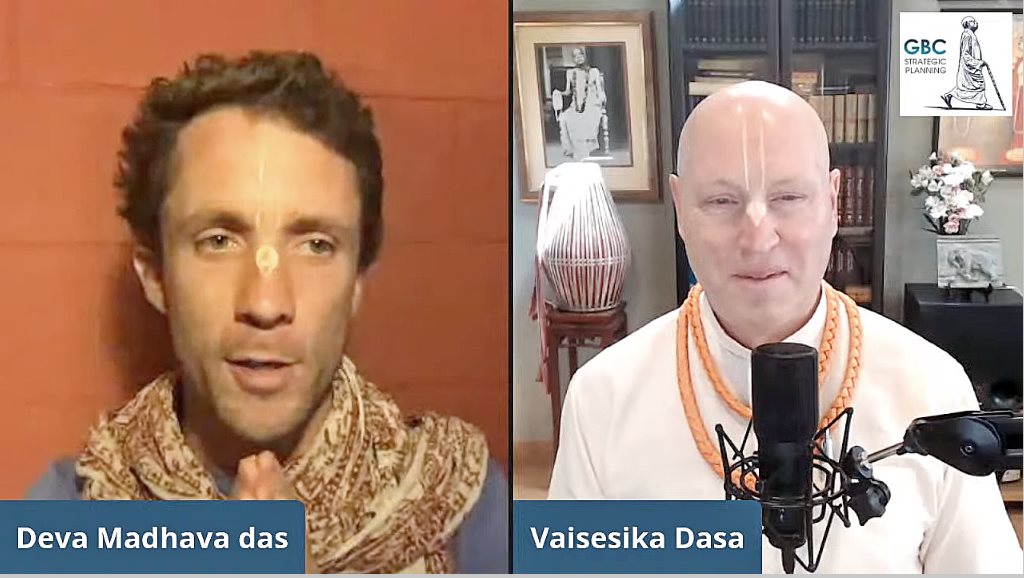 Let us hear from HG Vaisesika Das as he reaffirms the Purpose# 7 of ISKCON (With a view towards achieving the aforementioned purposes, to publish and distribute periodicals, magazines, books and other writings.)

Vaisesika Dasa was born in 1956. As a teen, he was an avid spiritual seeker. Soon after receiving a Back to Godhead magazine from a friend in the spring of 1973, he moved into the ISKCON temple in San Francisco at the age of sixteen and, with the blessings of his parents, became a disciple of Srila Prabhupada and a full-time monk dedicated to the practice of Krsna bhakti.
Today he lives in the San Francisco Bay Area with his wife, Nirakula Devi Dasi, also a disciple of Srila Prabhupada. Together they have developed an ISKCON community of three hundred families in Silicon Valley, which is based on the study and distribution of Srila Prabhupada’s books.
He is an initiating guru in ISKCON. He travels widely to teach the tenets of devotional service and the great art of distributing Srila Prabhupada’s books.