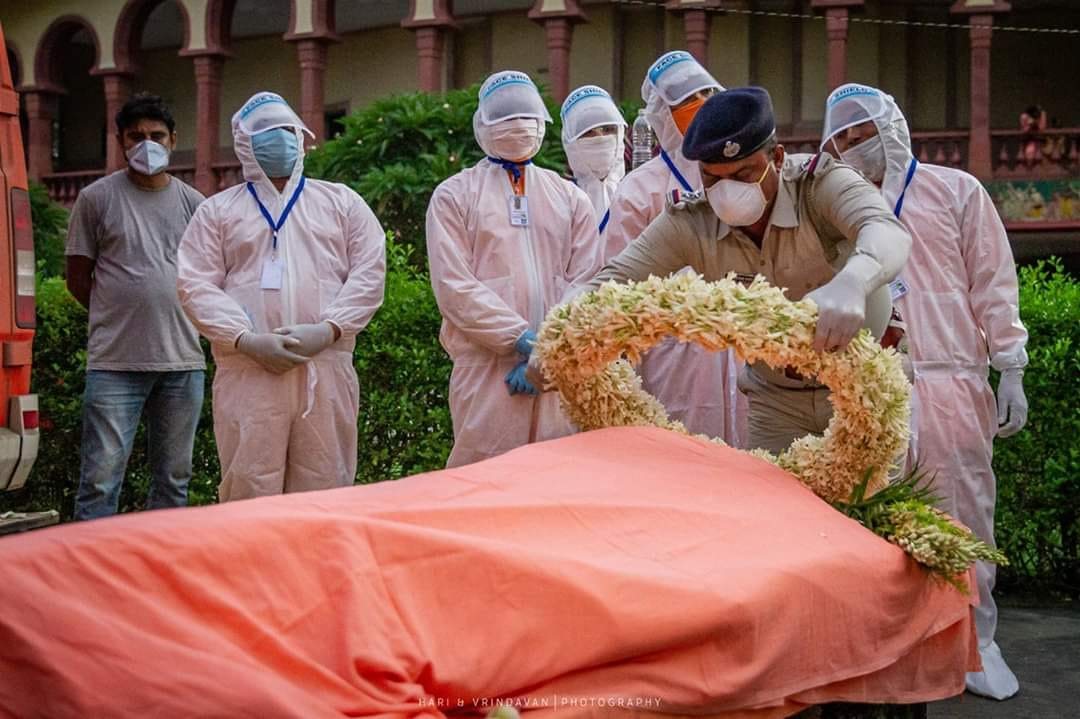 The Honorable Chief Minister of West Bengal Sushri Mamta Bannerjee personally arranged different NOCs of the Government of West Bengal which were necessary for bringing His Holiness Bhakti Charu Swami Maharaj’s Vapu from the USA to Mayapur.

She tweeted about the passing away of Maharaj on the morning of the 5th of July and also sent a condolence letter to Kolkata temple the same day although it being a Sunday. Again on 13th July, she had sent a representative all the way from Kolkata to Sridham Mayapur to garland Maharaj upon arrival in Mayapur.

The plane carrying Maharaj’s vapu was given first priority in landing and transferred on ground before others.

The Kolkata air traffic control on the day of Maharaj’s arrival was in great anxiety because a storm and heavy rain had started in Kolkata from 7.30 PM and Maharaj’s small plane had decided to fly directly to Kolkata without stopping at Varanasi. So the plane was very low on fuel and could be in the sky for only one extra hour. So the Kolkata airport ATC did not give permission to the other two airplanes to land and asked them to hover in the sky till Maharaj’s plane landed. ATC were updating us every 5 minutes. The devotees present outside the airport started chanting Narsimha prayers. The ATC had told that the heavy rains would continue till 9 pm as per the weather updates but suddenly at around 8.10 pm the rain slowed down and the weather became suitable for a plane to land. Thus Maharaj’s plane landed safely at 8.20 PM.

The General Manager, AGM airport were all monitoring Maharaj’s plane and when the plane landed, some of the senior officials by their own went with their PPE suits and transferred Maharaj’s vapu in the ambulance which was already waiting next to the plane.

The officials had by their own kept all the papers ready and by 8.40 pm Maharaj’s vapu could come out of the airport.

The ceremony was well planned, followed all the protocols and was performed with deep respect, love and dignity as Maharaj was loved by thousands around the world.

Thank you to the Bengal govt for all the wonderfull arrangements.