People Behind the Policies (video) 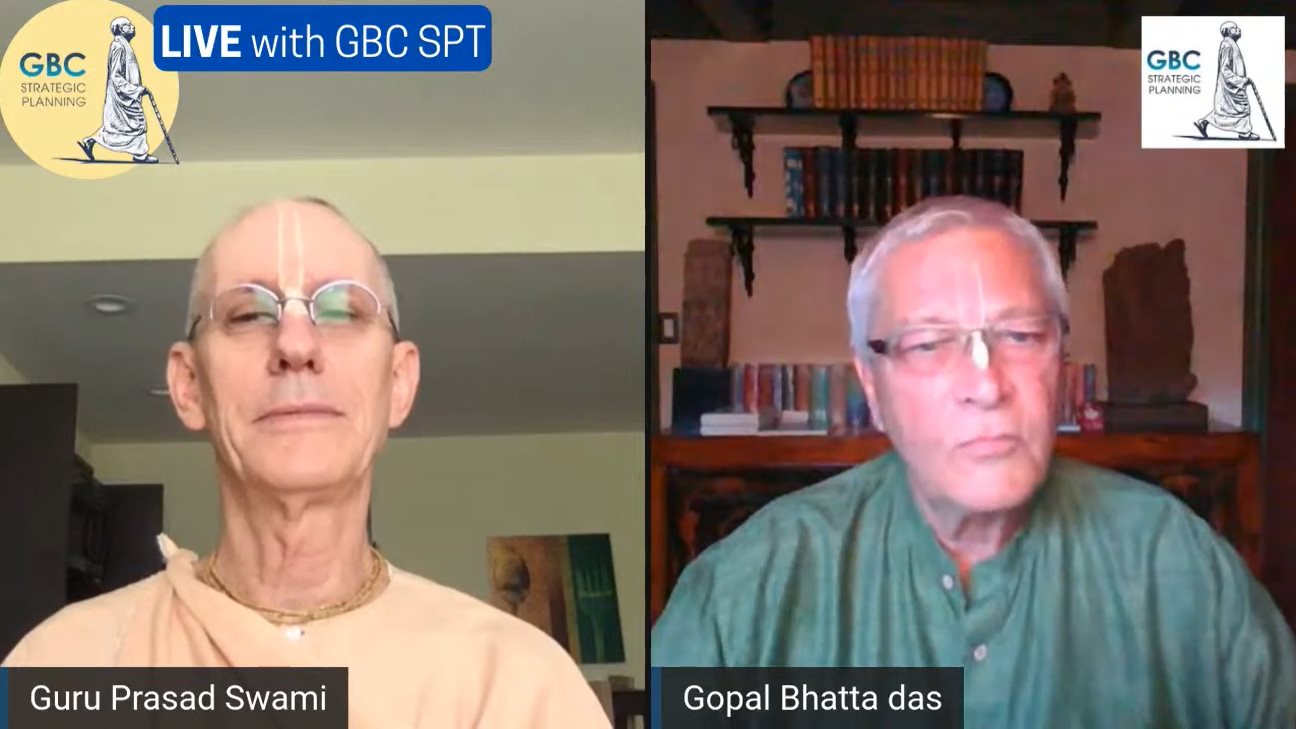 Guru Prasad Swami was born in the USA and studied nuclear physics at Purdue University. After becoming disenchanted with science he transferred to the University of Texas where he made contact with the Hare Krishna movement; but it was later, during his military service in Panama when this encounter with ISKCON changed his life dramatically.
Upon concluding his military service Guru Prasad Swami joined a pioneering group of Krishna devotees in Central America stationed in San José, Costa Rica. He attended the 1976 Mayapur-Vrindavan festival and was initiated by Srila Prabhupada there. He received sannyasa initiation in Rio de Janiero in Brazil in 1982.
Guru Prasad Swami’s early contribution in ISKCON Costa Rica centered on administrative services and distributing BBT publications beginning in 1975 in the USA and from 1976-1978 in Central America. He became the temple president of Costa Rica temple in 1978, and then began traveling around Latin America, opening new temples, establishing worship centers and collaborating in diverse administrative services. In 1987 he became a member of the GBC with zonal assignments in the Tucson area of Arizona, and Mexico. He is co-zonal secretary for El Salvador, Guatemala, Honduras, Panama, Belize, Costa Rica, Nicaragua, Colombia, Trinidad, Tobago and Venezuela.
Interested in the essential role that communication plays in ISKCON’s progress and in the lives of individuals associated with it, Guru Prasad Swami seeks to assist devotees cooperate in harmony, personally and collectively, through clear and open communication. His web site is http://gpswami.org/english/index-en.html and is available in English, Spanish and Portuguese.

The Power of the Ramayana (video)