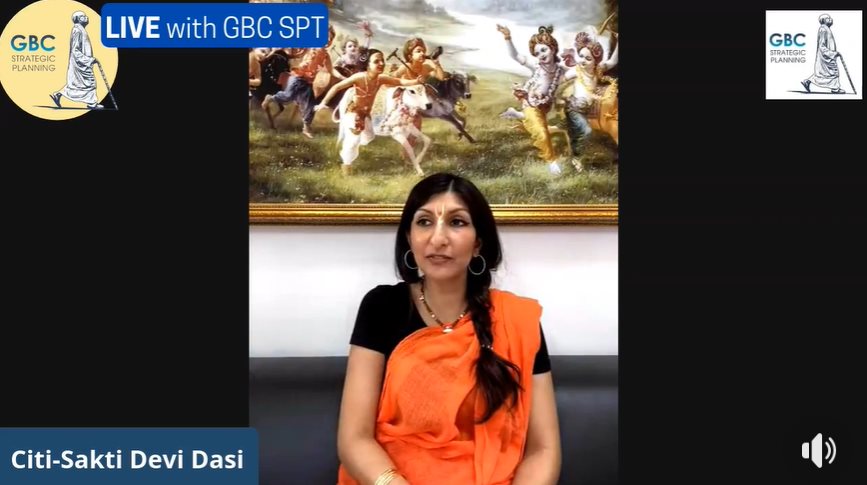 Let us hear how to overcome the overwhelming mental health challenges in one’s spiritual life from Citi Sakti Devi Dasi who is an expert psychiatrist and practicing spiritual life for more than two decades.

Citi-Śakti Devi Dasi is a disciple of H.H Bhakti Tirtha Swami and is based in London, UK. She serves as a preacher, mentor & sangha leader. In her endeavors to make Krishna consciousness available to as many as possible, she reaches a broad variety of people internationally including celebrities, politicians, healthcare professionals and students.
Graduating from Imperial college as a Medical Doctor and specializing as a Consultant Psychiatrist, she brings together 20 years of experience in scientific advances in mental health with Krishna Consciousness. She regularly broadcasts for BBC radio on mental health, well being & spirituality with over 200 million listens. She features on TV and in newspapers & magazines and has contributed to a number of books.

2. Why and how to erect the places of transcendental pastimes of the Lord? (video)