Prayers for The Advent of Lord Krsna 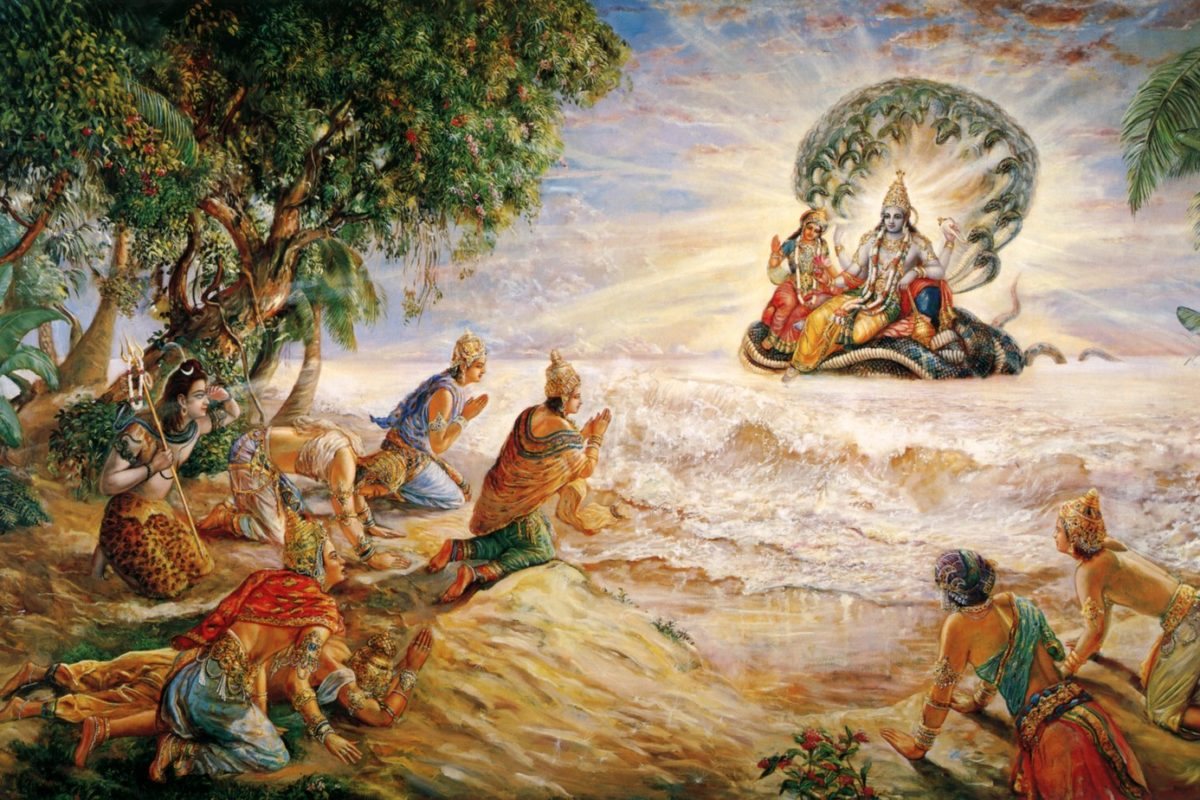 Once when mother earth was overburdened by hundreds of thousands of military phalanxes of various conceited demons dressed like kings, she approached Lord Brahma for relief. Mother earth assumed the form of a cow. Very much distressed, with tears in her eyes, she appeared before Lord Brahma and told him about her misfortune. Thereafter Lord Brahma went with mother earth, Lord Siva, and all the other demigods to the shore of the ocean of milk. There the demigods worshiped Lord Visnu, the master of the universe, the supreme God of all gods, who provides for everyone and diminishes everyone’s suffering. With great attention they worshiped Him by reciting the Vedic mantras known as the Purusa-sukta.

While in trance, Lord Brahma heard the words of Lord Visnu vibrating in the sky. Thus he told the demigods, “O demigods, hear from me the order of Ksirodakasayi Visnu, the Supreme Person, and execute it attentively without delay. Before we submitted our petition to the Lord, He was already aware of the earth’s distress and planned to descend. For as long as the Lord moves on earth to diminish its burden by His potency in the form of time, all you demigods should appear through plenary portions as sons and grandsons in the family of the Yadus. All your wives should also descend to satisfy Sri Krsna, who will appear as the son of Vasudeva.

“The first expansion of Krsna is Sankarsana, who is known as Ananta. He is the origin of all incarnations within this material world. Before the appearance of Lord Krsna, this original Sankarsana will appear as Baladeva just to please Lord Krsna by assisting Him in His transcendental pastime.”

When Prabhupada's US Visa was rejected (14 min. video)
Swamiji, you are so old—you are taking this responsibility. Do you think it is all right?