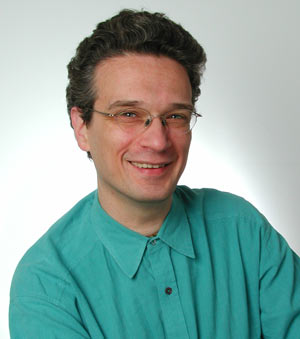 The recent tragedy at Manipur touches me deeply in several ways. At least two immediately spring to mind: As a devotee, I am horrified that people would try to harm defenseless Vaishnavas, particularly on a holy day. Surely, if this is the work of terrorists (who often claim to be religious people), they should be able to empathize with the heartfelt devotion of believers, whatever their particular religion. But, no. Their sectarianism borders on insanity, for they harm worshipers of Allah, even if those worshippers glorify Him by using a different name. I am also horrified as a New Yorker, with September 11th 2001 looming large in my consciousness. The events of September 11th are indelibly etched on the world’s collective heart. For many, as the twin towers came crashing down, so did Western innocence, or the illusion that the world is a safe place and that America is as loved by people of other lands as it is within its own borders. Inescapably, “violence and religion” are the new twin towers, replacing the old because the perpetrators claim that their crime was not only sanctioned by God but commanded by Him.

What is the relationship between violence and religion? When one contemplates the Crusades, the Inquisition, or, in a more contemporary setting, Waco, Bosnia, Heaven’s Gate, the Catholics and the Protestants in northern Ireland, the Om Shinrikyo attacks in Japan, the bombing of American embassies in Africa, the constant battling between Hindus and Muslims, and, of course, the Israeli/Palestinian crisis — it makes one think twice about “believers” and their chosen path. How is it that the world’s religious traditions, which are supposed to represent spiritual ideals such as love, peace, and mutual understanding, often seem to be instigators of hate and strife? The question is nicely phrased — and, to a degree, answered — by psychotherapist Russell Shorto in his book, Saints and Madmen: Psychiatry Opens its Doors to Religion:

Is it possible that religious feeling — the feeling of oneness with others, of being swept up in the current of cosmic love and eternal goodness — has an element of violence in it? Of course it does. It is an avenue of human expression, and so will carry whatever baggage people choose to take with them as they travel down it. In the end, the “religion leads to violence” argument falters; you might just as easily say that education leads to violence since there is so much violence in schools. One might counter the argument by borrowing a slogan from the National Rifle Association: Religion doesn’t kill, people do.

While I do not necessarily endorse this view when applied to the National Rifle Association, Shorto’s point is well taken. Essential religious truths do not promote violence. Rather, people already predisposed to violence interpret these truths in their own distinct way.

Accordingly, a brief look at religious history reveals both martial and peaceloving angles on religion. There are Zionists who are willing to fight for the state of Israel, and there are those like Rabbi Abraham Isaac Kook, who took nonviolence to the point of vegetarianism. The same Islamic tradition that promotes Jihad, or holy war, also gave rise to Abdul Ghaffar Khan, a renowned pacifist. The very existence of someone like Oliver Cromwell, who through military means labored to make England a Christian nation, would lead one to believe that Christianity is a religion that favors violence; but peace advocate George Fox, founder of the Quakers in England and North America, would lead one to believe otherwise. Religion has brought forth the Prince of Peace, Jesus, and personalities such as Gandhi and Mother Teresa. It is also true that most “religious” wars have been fought as much for political and economic reasons as for spiritual ones. Therefore, it seems reasonable to evaluate a given religion on its own spiritual merits, not on the basis of those who have used it to endorse war or violence.

To me, just as man is made of an inner soul (the real Self) and an outer covering (the body), religion seems to have both internal and external dimensions. The internal aspect to religion is the esoterica, the mystical traditions associated with every major religion. This is the heart of religious practice, and it runs counter to superficiality — the kind of superficiality that leads to an “us and them” mentality, the kind of mentality that leads to war. One rarely sees religious wars being fought by Christian mystics, Kabbalists, Sufis, Vaishnavas, and so on — though, I am sure, there are exceptions. More commonly, however, wars are fought by those who embrace external interpretations of religion, or those who come to identify religion only in terms of its outer shell. Such adherents may even be well-meaning, sincere, devout—but if they do not dig deep, if they do not absorb the mystical core of their tradition, they will likely perceive its surface teaching only, which necessarily discounts those of other faiths.

Nonsectarianism, which is the hallmark quality of every major religion’s mystical tradition, allows for peace, tolerance, and mutual understanding. It asks for pluralism and inclusivism—ideas that stem from the realization that we are all God’s children, even if we choose to worship in ways that are alien to our neighbors. It is only such a broad and far-reaching vision that will put an end to the kind of religious violence seen on September 11.

I do not mean to be simplistic. I fully accept that there are complex reasons why a religionist may opt for violence, and that he may have legitimate reasons for doing so. The battle depicted in the Mahabharata is one such circumstance — I do believe that the Pandavas, the heroes of the war in question, had legitimate reasons to fight the Kauravas, the “bad guys” in the story. To my understanding, the battle was fought not to establish “my religion” as opposed to “your religion,” but, rather, for larger issues involving protection of the innocent and the abolition of a tyrannical regime.

In regard to recent events, America’s foreign policy may be as much to blame as is a radical reading of the Islamic faith. Some social commentators say that Muslims in the Middle East are more hateful of “Western Imperialists” than are Muslims in other parts of the world. They thus try to reduce the issue to class distinctions. Some opt for the well-worn arguments of anti-colonialism and anti-capitalism, indicating that there are, no doubt, many sociological and political issues at play. But if we consider the horror of the World Trade Towers and the earlier, if overshadowed, destruction of the two Buddhist monuments in the Afghan desert — also perpetrated by bin Laden’s Taliban — we see not the work of errant religionists but simply of evil men. The crime in Manipur is yet further proof.

The destruction of the two Buddhas is particularly telling: Buddhism is not a symbol of Western Imperialism — it is not Western at all. Buddhism does not cause sociological disturbance for Islam, or poverty for its practitioners. Neither is it a symbol of colonialism. Rather, the destruction of these monuments lays bare the Taliban’s intolerance for other religions in general and their envy for the achievements of great civilizations. Thus, bin Laden’s brand of Islam is politely called “fundamentalist” or “radical” but, in truth, it is not Islam at all.

The word “Islam” is related to salam, which is the Arabic word for “peace.” Muslims are duty-bound to embrace peaceful relations and are called upon to fight only when they are threatened, in self-defense, and then only under the most extreme conditions. Bin Laden, say Islamic experts, had no legal right to proclaim a fatwah against the United States –- if that is to be done, it must be declared by a recognized Muslim leader, one who is respected as an advanced practitioner of Islam. Bin Laden is not recognized as such. Moreover, if a jihad, or “Holy War” is to be pronounced at all, it is supposed to be, first and foremost, a manifestation of “The Greater Jihad,” which means “conquering the lower self with the higher self” — a sort of metaphorical reading on the term “Holy War” an inner struggle and not an external war. It calls upon Muslims to fight the demons within, and thereby to become better Muslims.

“The Lesser Jihad,” which is the one with which most people are familiar, is only embarked upon in extreme situations, where there is no alternative but to engage in external violence. This is a rare and usually forbidden situation, but if it arises, one is called upon to only engage in violence as a matter of self defense, never as an aggressor, and never killing innocent, non-combative personalities, like women, children, and the old and infirm, many of which were in the World Trade Towers when they came crashing down.

But your average person knows this not. Even most Muslims are unaware of these fine points of Islamic doctrine. And therefore the likes of bin Laden run amok, deceiving simple but well-meaning Muslims about the truths of their own religion. It is time for believers to wake up: Those who know should speak out, and those who don’t, should educate themselves and become true defenders of the faith.

9 Comments to “ Violence and Religion”