Does My Spiritual Master Care For Me? 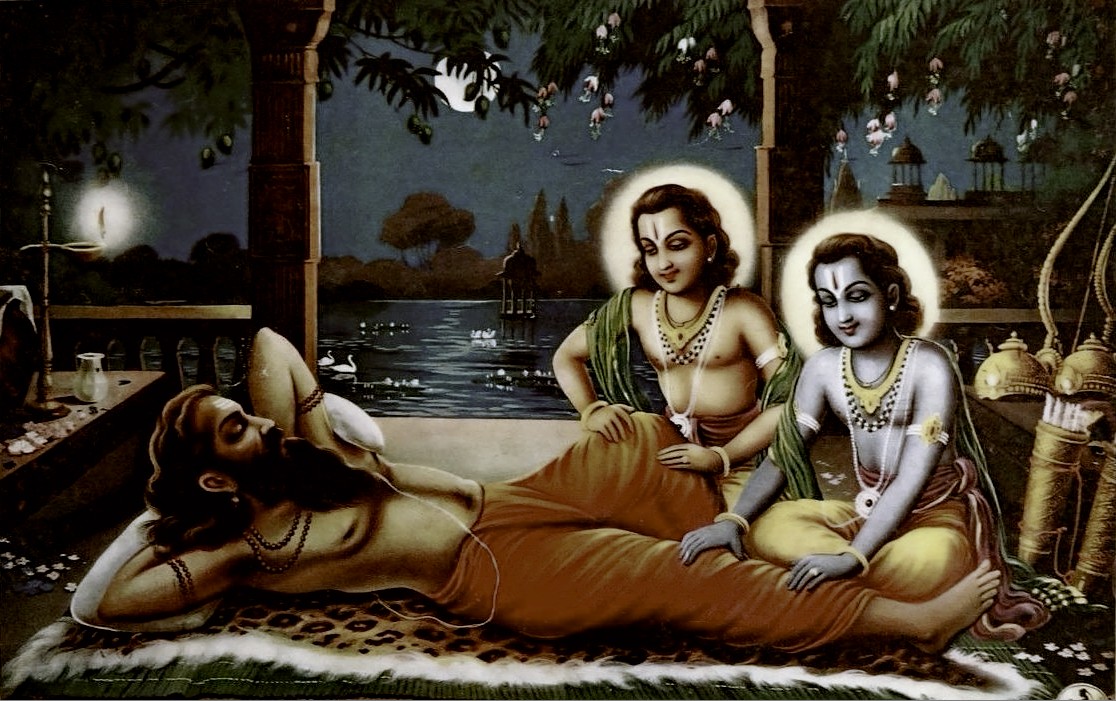 Within such a huge organisation like Iskcon, it is not surprising to sometimes experience less of the affection we expected. There are several reasons for this. But if a disciple feels this way about his or her guru in good standing, does it indicate a neglect of some sort?

The worldwide preaching mission of Iskcon is still a novelty in historical vaisnava terms. This is the first successful attempt, and still very much work in progress. Often we hear that other religious organisations have old-age homes, hospices, hospitals, schools and the rest, and they have been around for many centuries. We have a few of these amenities already, after just 40 odd years, so we’re not doing too badly so far. For a preaching mission that supposedly has little regard for “Home comforts,” it is doing even better.

We again often hear the comparison that our worldwide expanse fares poorly with the traditional localised system of guru/disciple relationships. Is this true? The majority of traditional gurus were grhasthas, who for family reasons stayed local. The renounced sannyasa gurus usually wandered like mendicants and so their disciples would expect long periods of separation.

It so happens that the majority of our initiating gurus are sannyasis who travel the world preaching. Even the relatively few grhastha gurus also travel and are not always localised. This difference in comparison is not a poor one. Why did Srila Prabhupada set this standard himself? There were times when communities of his disciples waited for long periods before his return from preaching duties elsewhere in the world.

The traditional sannyasis travelled on foot, and our modern-day sannyasis travel by plane, but the principle remains the same. What isn’t the same though are the sheer numbers of disciples located in different parts of the world, many of whom also wait for long phases of time before meeting their gurus again. Is this something to worry about?

In his mind’s eye, Srila Prabhupada visualised many temples around the world. This inner vision materialised in harmony with Sri Chaitanaya Mahaprabhu’s vision. This meant that the preaching he did to achieve this, served a higher purpose than we normally think. There is something about preaching that enables one to feel a sense of unison with the higher order of things.

“The dust of the lotus feet of pure devotees, enthusiastic devotional service, and service to the pure devotees of the highest order, are the roots of the creeper of devotion.” (Suddha-Bhakata)

Whether we consider any potential new devotee to be as if introducing a new gopi to Sri Krishna, or whether we preach simply to please the spiritual master, both have a unifying effect that’s binds our mutual interest in serving the mission of Srila Prabhupada. That mutual interest is shared by all of our previous acaryas who are oceans of mercy. This quality of mercy is not always fully appreciated. The same applies for spiritual affection.

If a disciple expects to be treated with affection by the guru in the same way as love-lost materialists do, he or she will be disappointed for much of the time. In situations where the divorce rate is unacceptably high, and the adventure for extra-marital affairs ever booming, lovers and married couples have to continually test their bonds of affection with, “Do you love me? Do you really, really love me, and no one else?”

This love-lost test cannot apply to a relationship where the guru is already merciful. The merciful and affectionate spiritual master may be heavy and stern with some disciples, and gentle and forbearing with others. From an internal viewpoint there is no different in the affection displayed by the guru. If we choose to judge externally, thinking that the guru favours some disciples and not others, then our whole conception requires renovation.

If someone raises the question, “Can the spiritual master withdraw his mercy?” then again it is not applicable to a bona-fide guru full of mercy. The prerogative to give or not to give Krishna’s mercy is there, but for an initiated devotee the rope of mercy has already been handed out. Rather, any apparent withdrawal of mercy is subject to the disciple’s resolve. If a disciple fails to grasp the rope it is not the fault of the guru.

“Krishna is yours; you have the power to give Him to me. I am simply running behind you shouting, Krishna! Krishna!” (Ohe Vaisnava Thakur)

When and if a disciple develops worldly mindedness due to falling short of required standards, it can create relative vision. With this vision one can conclude that perhaps the guru has withdrawn his mercy and affection, and does not really care. This can extend towards fellow devotees too. With this type of consciousness many small incidents will be a cause of disappointment. Relative vision equals relative misery.

“O my dear Lord Nityananda! Since You are always very joyful in spiritual bliss, please cast Your merciful glance over me, because I am very unhappy.” (Savarna-Sri-Gaura-Pada-Padma)

For instance, suppose there is a group of 100 disciples and well-wishers converged in one place. The spiritual master appears on the scene. He knows that everyone present would be happy to speak with him, or to receive a greeting and a few words from him. With time constraints or other commitments it is not possible to meet everyone, yet he may speak to some individuals. If this causes great disappointment for those who did not get spoken to or to be acknowledged, the guru can hardly be blamed for appearing to “snub” or “ignore” certain others in the crowd.

“Your heart is the resting place of Lord Govinda, and Lord Govinda says, “The vaisnavas are in My heart.” (Vaisnava Vijnapati)

These feelings of disappointment will persist so long as one values the external feature of the guru more than the internal one. Just like on Janmastami at midnight, some pujaris may hand out several prasada items to many eager outstretched hands. Are those who squeezed to the front to receive such prasada more fortunate than the others further back? Yet, standing right at the back could be one sincere soul quietly shedding tears in admiration for the Lord’s mercy in handing out the prasada through the pujaris.

“Slay me or protect me as You wish, for You are the eternal master of Your eternal servant.” (Manasa-deha-geha)

In this case, the Lord’s mercy was distributed differently, but the grateful and appreciative soul had a broad internal vision. With maturity of vision a disciple will realize that the guru cannot be everywhere at once, but he has already accessed the heart of the disciple by planting the holy name – Sri Nama Prabhu.

Another important matter to consider is that providence makes these events happen. To conclude that one’s guru is indifferent is to say that Sri Krishna Himself is not merciful or affectionate, which is a philosophical non-starter.

“O Gopinatha, is this Your judgement, that seeing Me averse to You, You abandon Your servant and don’t bestow even a particle of mercy upon him?” (Gopinatha, part 2, verse 6)

Yet another problem can slow our Iskcon projects down. We are all dependent on the mercy of the spiritual master. But sometimes we may allow this dependence to make us fairly inactive service-wise, until the guru is around. This is why it is essential that as many of our senior devotees as possible be available, to reflect or mirror the affection of the guru. This is Siksha in action.

This Siksha action of our senior devotees will lend balance to our community structures. They can be the driving force in implementing plans of action. They can also become the emotional support of disciples, or in many cases, junior God brothers and God sisters. They can bridge the sometimes distant openings between the disciples, the gurus and GBC’s.

It is not unnatural for any disciple to want to be with the guru. “When will such mercy fall to this one who is weak and devoid of intelligence? Allow me to be with you.” (Gurudeva)

But when the number of disciples is large, and missionary duties limit desired guru/disciple interactions, the middle ground of the senior devotees can help make up the difference. Otherwise, some forlorn disciple might end up wondering whether he or she must either do something extraordinary, or the opposite of this, to attract the attention of the guru.

“If you are not merciful unto me, I can only weep.” (Gurudeva, from Saranagati)

These sort of things happened when Srila Prabhupada was around too. One incident occurred when Brahmananda Dasa and Bali-Mardana Dasa, who were both influential devotees, decided to greet Srila Prabhupada at one airport, after requesting all the other devotees to remain back at the temple to receive him. These two God brothers greeted their master and received a warm embrace. Were they more fortunate than the other devotees back at the temple?

In light of all the many nuances of the guru/disciple relationship within a progressive preaching mission as Iskcon, the higher purpose that Srila Prabhupada taught us is to rely on the internal, or the instruction side of the guru. Like the sincere devotee at the back of the temple quietly shedding tears in admiration of Krishna’s mercy, this fits in neatly with our goal to act in such a way so that Krishna will be pleased to reveal Himself to us. If we replicate this mood towards the guru, eventually the real purposes and treasured goals in life shall be revealed. “We must always keep within our hearts the instructions of Sadhu, Sastra and Guru. This is the process.” (Prema-Bhakti-Candrika)

Iskcon devotees meet with the King and Queen of Belgium to...
Choosing our association (video)Srimad Bhagavatam class by H.G...

The Creator of Mayapur Dhama

The Science of Knowing God

22 Comments to “ Does My Spiritual Master Care For Me?”