Using Loyalty To Srila Prabhupada To deceive Others 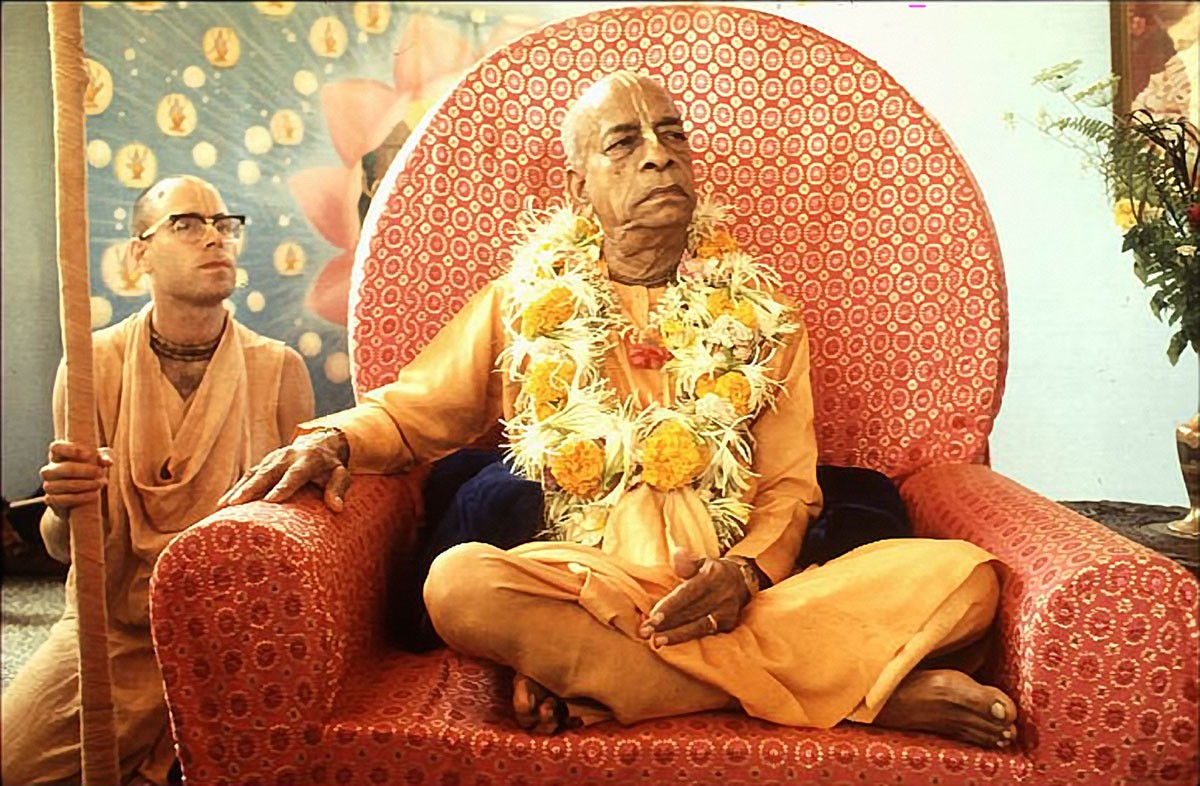 Just imagine the confusion, especially for our newcomers, well-wishers, younger devotees, and even for some senior devotees. Everybody who “loves” Srila Prabhupada, and is “loyal” to him, must be a bona-fide follower of his, or so it seems.

Out of the many thousands and millions of souls around the world who have been touched by Srila Prabhupada, either through his writings, recordings, inspirations, dreams and so on, can any of us define who are genuine followers or sympathisers, as opposed to those who claim to be? If so, is there a simple criterion for this, or does it stretch broadly to evade standard membership of Iskcon?

Being “loyal” to Srila Prabhupada can assume the guise of many shapes and forms. It can formulate procedures based upon slight pretexts, or continue decade’s long schemes that function against the wishes of our disclipic succession. There are some deviant groupings who vehemently claim that everybody else is also deviating from Srila Prabhupada’s express wishes. With everyone claiming to be right, and everybody else wrong, who is right?

For those whose faith in Srila Prabhupada is not yet fully established, these claims and counter claims of loyalty to him, can be bewildering, especially after being met by representatives of these groupings, or reading their productions. Their literature, web sites, preaching attempts (Yes, they want our membership) contain lots of photographs of him and words of praise. This all seems very nice.

But this is where the real test of authenticity should be applied. We should ask, “So, you are loyal to Srila Prabhupada…do you value his teachings, his aggregate teachings?” The obvious answer will be yes. Then probe further. “Do you value his followers who are members of ISKCON, who are cooperating together in spite of many challenges and difficulties?” At this point, though the representative appears to be meek and humble, he or she will probably engage in anti ISKCON rhetoric and aim personalised jibes at sincere devotees. It appears that Srila Prabhupada is used as a selling point after all.

One should try not to get lulled into something that uses our love and respect for Srila Prabhupada to possibly deviate us from his aggregate teachings. One certain way of attempting this is to speak ill of those we trust within Iskcon, make us lose our faith in them, then repose it into some system devised out of an inability to cooperate together, as Srila Prabhupada desired. This means getting lost somewhere.

There is a human behavioural phenomenon called – atmavan manyate jagat – “Everyone thinks of others according to his own position.” (Prabhupada quote) Because members of certain groupings accuse everybody else of being wrong and unfaithful to Srila Prabhupada, it can be a reflection of one’s own unfaithfulness. It is strange how loyalty to Srila Prabhupada can produce splinters of separated loyalty.

We should be mindful that there is a large swathe of devotees and well-wishers, sometimes called the “Silent Majority.” These are members or former members of Iskcon who at present have no active involvement in service. Some of them left for personal reasons, and others are waiting perhaps, for change, or favourable situations before getting involved again. Many of them feel they have outlived their usefulness for Iskcon which can be very disempowering. With proper affection they should be encouraged to come back with vigour and experience. This majority generally wants Iskcon to reach its full potential. Most of these do not fall into the deviancy bracket.

For those who are uncertain, or who are wondering who is truly loyal, some information is required. This information should help discern matters more clearly simply by covering one aspect of our preeminent siksa guru’s aggregate teachings – our parampara. It is known that all of our good fortune in receiving mercy needed for advancement in Krishna consciousness comes through our disclipic succession. Srila Prabhupada in his last days called this disclipic succession a law, or “…the law of disclipic succession.” Why is it a law? Because it is not a man-made succession.

“Lord Krishna said: I instructed this imperishable science of yoga to the sun-god…” (BG 4.1) This science is – avyayam – or imperishable. Lord Krishna was genuinely concerned about keeping this law intact, otherwise how else will the mercy flow? “One who follows the disclipic succession of acaryas knows things as they are.” (Chandogya Upanisad 6.14.2)

There is a common argument given by certain deviant groups, who claim that because Srila Prabhupada is a Maha-Bhagavat pure devotee, he is able to do any unprecedented thing, which includes ending our disclipic succession with him, because there are supposedly no qualified souls to continue the succession. Those who are familiar with his way of debating with scientific arguments will know that he usually referred to “natural laws” that cannot be reversed, because they originate from Krishna Himself. This law of disclipic succession is not an exception to the rule. Yet the claim is made that Srila Prabhupada did this, as an exception to the rule.

If Lord Krishna was concerned enough to say, “But in course of time the succession was broken…and therefore the science as it is appears to be lost,” so why would Srila Prabhupada oppose this sacred law? If we refer again to the, “Everyone thinks of others according to his own position,” we can suspect that someone who cannot cooperate as desired by our founder acarya, and who generally criticises with outbreaks of bitterness and scorn, are thinking that Srila Prabhupada thinks like themselves.

If Srila Prabhupada thinks like them then one can make it appear that Srila Prabhupada can do anything, and violate the sacred law of our disclipic succession. One can also presume to justify any deviation and say, “It is Prabhupada’s desire.” By the way, if anyone has the power to revoke this sacred law, it has to be God Himself, but He would never do this, as Krishna already explained. Given a short amount of time, Srila Prabhupada could be raised to the status of God by such “loyal” followers.

This information is the necessary knowledge and forewarning needed to receive mercy, otherwise, “If one is not is not actually connected with a bona-fide disclipic succession, whatever mantras he chants will not bring the desired result.” (Padma Purana)

To cooperate together as devotees can be difficult at times. But this desire of Srila Prabhupada to work together contains the power of mercy. This desire or plea has inherent within it the command to enable us to tell right from wrong, even if our paths are strewn with thorns. Who ever said our paths in Krishna consciousness would be easy? To try to become part of the solution with true loyalty is better than getting lost in comfort.

A visit to New Godruma Dhama, Lanchang, Malaysia. (Album with...
Rep. Tulsi Gabbard, a member of the House Foreign Affairs...

Appreciation. What you appreciate in others, appreciates in you and your company

Lost Soul and the GPBs

7 Comments to “ Using Loyalty To Srila Prabhupada To deceive Others”