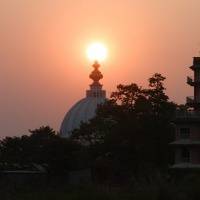 In the beginning of my devotional career, I did not have much devotee sanga, but for over nine years I read Prabhupada’s books on my own — first as a student and then while working. Like most new devotees, the challenges the material energy would thrust into my life were often overwhelming. I had major breakthroughs in facing these challenges, however, in coming to Mayapur. . . .

. . . , and enrolling in the Mayapur Institute’s Bhakti-sastri Course. The course facilitators placed a high priority upon applying our philosophy in our day-to-day living, which equipped me with the tools to more competently deal with these challenges. In times of difficulty, I learned how to see Krsna’s loving hand behind the events that led me into these challenging situations. I began to understand that through these challenging experiences Krsna was simply purifying me and helping me come to Him. When the material energy would intrude into my space, I learned how to take shelter in the holy name, Prabhupada’s books, senior devotees, and the devotional process in general, so that, instead of falling into depression and anxiety, I would experience the bliss of Krsna’s reciprocation.

“One who seeks Your compassion and thus tolerates all kinds of adverse conditions due to the karma of his past deeds, who engages always in Your devotional service with his mind, words and body, and who always offers obeisances unto You is certainly a bona fide candidate for becoming Your unalloyed devotee.” Srimad-Bhagavatam 10.14.8

This sloka and the understanding coming from the purport and from comments in various places in Prabhupada’s books became my friend for life after studying and discussing it in the Nectar of Devotion section of the course.

After finishing Bhakti-sastri, I went on to study Bhaktivaibhava and my perception of the benefits of studying Prabhupada’s books systematically in the sanga of serious devotees increased even more. Srila Prabhupada’s purports came alive for me like I had never experienced before. It was amazing. Aspects of our philosophy that were fuzzy for me before became clear in the association of my course facilitators and fellow students.

I guess what I experienced in the Bhaktivaibhava Course could be summed up by Prabhupada’s translation of Srimad-Bhagavatam 3.25.25 as it appears in Sri Caitanya-caritamrta, Madhya-lila 22.86: “The spiritually powerful message of Godhead can be properly discussed only in a society of devotees, and it is greatly pleasing to hear in that association. If one hears from devotees, the way of transcendental experience quickly opens, and gradually one attains firm faith that in due course develops into attraction and devotion.” I can say with a deep sense of gratitude that my levels of taste, faith, enthusiasm, and determination to practice vaidhi-bhakti increased tremendously because of taking the Mayapur Institute’s Bhaktivaibhava Course.

The deep relationships that developed with other Vaisnavis throughout both courses made devotional progress not only possible, but also incredibly exciting. The loving exchanges within these relationships nourished me on a very profound level. I fondly remember the discussions we had when we came to Text 4 of the Nectar of Instruction about the six loving exchanges between devotees and how all of the students consciously began implementing them in their lives. It was so blissful to tap into such powerful facilities for advancement. We gained a glimpse of the magnitude of the gifts that Srila Rupa Gosvami and Srila Prabhupada have given us.

With great enthusiasm, I encourage each of you to go to www. mihet. org to explore how you can easily improve your spiritual life by enrolling in one of the Mayapur Institute’s Systematic Sastric Study courses. 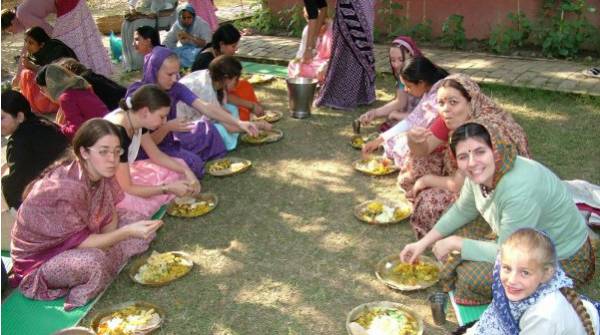 Yasoda Saci Devi Dasi researched Vaisnavism while completing her Bachelor’s degree, honors, in Anthropology and Spanish Language Studies in 2003 at Western Carolina University, USA. She got her Bhakti-sastri degree from the Mayapur Institute in 2006. She then joined the Mayapur Institute team taking on responsibilities as the Corresponding Secretary and the Student Assistance Coordinator. Simultaneously she continued her studies by enrolling in the Bhaktivaibhava course. She now lives with her husband in Miami, Florida, where she continues to preach and practice Krsna consciousness with dynamic enthusiasm.