“I am a Buddhist, and have been a vegetarian for past four decades”. She had heard about Hare Krishnas in late sixtees. Serving as Stage Manager for the festival, she replied us with folded hands saying Hare Krishna and posed for photos. Earlier we were greeted by five gospel singer who all said Hare Krishna several times and gladly posed for photos with us.

The Hari Naam- singing, dancing and chanting holy names of the Lord, especially Maha Mantra was organized jointly by Janardana das, a disciple of HH JayaPataka Maharaj, and Dr Prayag Narayan Misra- a congregational ISKCON devotee for past 38 years

Chandler Block Party was organized to celebrate opening of new Chandler City Hall Building. Hundreds of onlookers heard MahaMantra singing and dancing and some of them requested more information about Temple and its activities.

Among Very Important Persons (VIP) were Christine McKay, Director, Economic Development Department who was responsible for bringing more business to the city in past several years, joined by her husband Bill McKay.

Spiritual books were distributed by two visiting soldiers of Srila Prabhupada’s army- Bhakta Alex and Brian sold a cumulative $ 300 worth of Lakshmi Points in afternoon and left the celebrations when it ended around 8 PM.

The City of Chandler organizes MultiCultural Festival in January every year- an opportunity to promote Krishna Consciousness through distributing “prasadam”
and spritual books as well staging kids dances and dramas, and of course chanting Hari Naam in a larger scale. 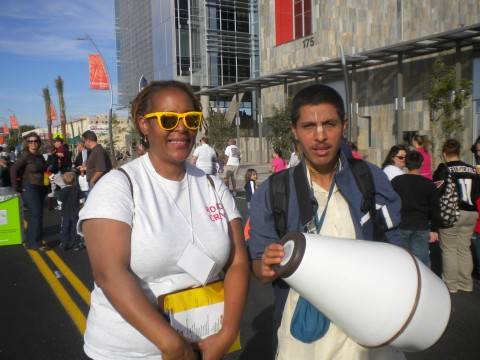 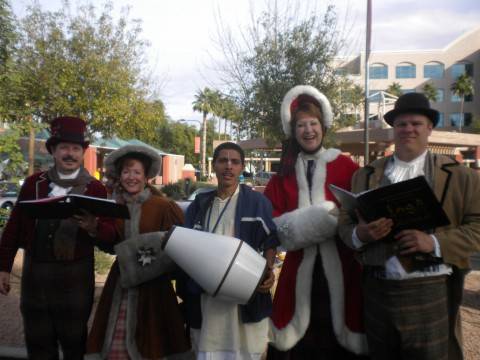