A Story Of Book Distribution To Muslims 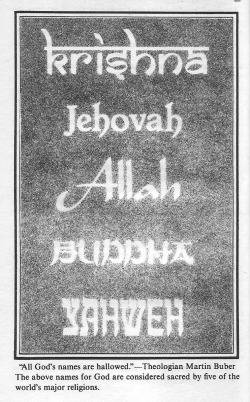 Last Saturday, me, my daughter Radhapriya and my mother, Ashalata devi dasi went out for book distribution at a local grocery store.

Initially it was going slow, so I prayed to Srila Prabhupada and soon people were actually stopping and listening. Our opening remarks were in reference to this being the month that Krishna spoke the Gita 5000 years ago. I proceeded to show them the beautiful picture of Krishna speaking to Arjun and to explain that this is the Bhagavad Gita is AS IT IS – the words actually spoken by Lord Krishna and given to us by Srila Prabhupada.

I also particularly loved showing kids the Krishna Book and especially the pictures, explaining to them that this book is better than Harry Potter! There are stories of Kings, Queens, Heroes, Demons, Fire, Wind and more. Some kids would turn to the parent and ask them to get one.

So getting to the nectar of the sankirtan…
There were a lot of Muslims at the store and many would say, “I am a Muslim” and try to quickly move on. We did the same grocery store last year and I picked up a great way to convert this objection from my brother, Indresh. In Chant and Be Happy there is a page where it says “All God’s names are Hallowed” and then lists Krishna, Jehovah, Allah, etc.

For example, in one case there was a lady just finishing her grocery purchase. I noticed that she was well-dressed and seemed to be a professional lady. I began my opening as she was passing the table. She exclaimed “I am Muslim!” Undeterred, I explained to her that these books are about spirituality, that the feed the soul and go beyond concepts of Hinduism, Sikhism, Islam and Christianity. I quickly showed her the page from “Chant and Be Happy” with Allah and then proceeded to speak to her about Yoga for the Mind and Soul and showed her the pictures of the Changing body with the same soul passing through on the cover of “Beyond Birth and Death”. By the end of our conversation, she was clearly interested and actually purchased 3 books!

Last year we were reading memories of Srila Prabhupada where it recounted how especially pleased he was with book distribution to Muslims and I hope in these small ways we are pleasing Srila Prabhupada.

This is just one story from countless stories around the world that took place on World Enlightenment Day.

Today The Greatest Dialogue In History, The Bhagavad Gita, Was Spoken By Krishna
Marutvati Devi Dasi passes away

One Response to “A Story Of Book Distribution To Muslims”