In Memoriam and book review 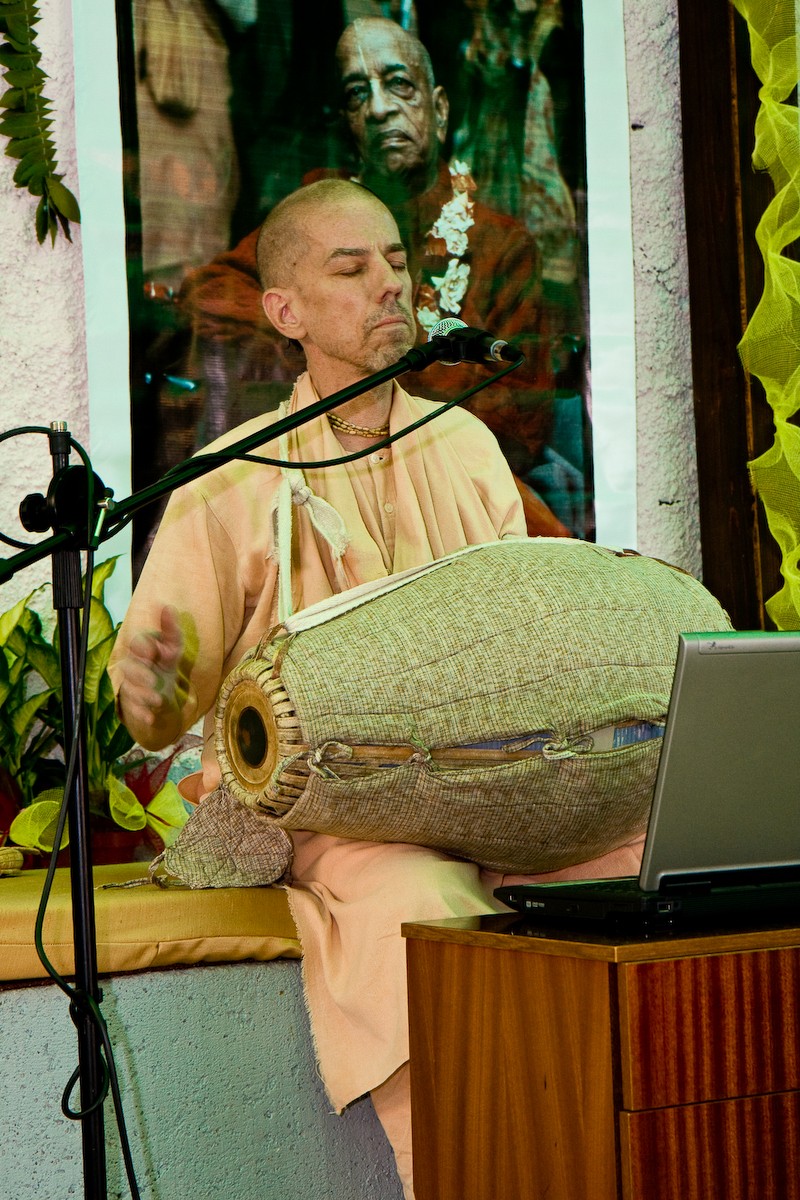 My dear god brother H H Purna Candra Goswami went to his samadhi some time back and we heard many praises. HH Bhakti Vijnana Goswami was lamenting that Purna Candra Prabhu was not so well known world wide since he had much to offer.

He did leave us a very beautiful book that I think should be studied by anyone who is serious about spiritual advancement while serving, in any position, within ISKCON.

The book is titled, UNSPOKEN OBSTACLES ON THE PATH TO BHAKTI. The title says a lot.

Most of the devotees who spoke at his samadhi function mentioned his deep philosophical thinking extensive scriptural knowledge. HH Sivaram Swami mentioned that his meetings with Purna Candra Goswami were always refreshing since the talks were always philosophical. In this books he has spoken out very frankly, sometimes it seems to be very much criticizing, but looking carefully we find compassion and a helping hand.

I will just show a bit to give an idea. I do not know just where one can find copies. His disciples were selling them in Vrndavana. The following are a few of the chapter titles:

Freedom and Trust
Blind Following
Varnasram and Being Oneself
Emotions and Impersonalism
Substance and Form
Character and Culture.

He always gives scriptural evidence to back up whatever he proposes. It was he who conceived of the SAC, Scriptural Advisory Committee, to assist the GBC on philosopical issues. The GBC welcomed it and he formed and headed the committee.

I will leave you with a few quotes and hope the book becomes easily available internationally.

“It is clear that laws and duties must exist even within a family, what to speak of within an organization. But if there is an inordinate emphasis on them, it indicates insecurity and a lack of love and trust. This undue emphasis hinders creativity and growth. Unfortunately some leaders care more about rules than they do about people.”

Maharaja also give relevant quotes from non devotees. “Mark Twain once said, ‘It is better to deserve honors and not have them than to have them and not deserve them’”.

In discussing the role of emotions, “Another difference between repression and control is that repression can be artificial and, in that case, there may be some resentment or aversion. Whereas, when the senses are under control, on is detached and considers them as differnet from the self.”

“Srila Prabhupada once said that spiritual life is difficult, but material life is impossible.. Therefore a devotee must always be tolerant and look on the bright side.If one expects too much from any spiritual oganization,seeking perfection in all dealings, one will be disappointed…..Healing comes, however, by practicing being personal. Thus, being personal is both the means and the end.

“For those whose substance is lacking, dependence on form is proportionately necessary. “

“This adjustment—focusing on substance—will keep our Society pure. Srila Prabhupada came to give Absoute Truth, beauty , love and freedom, ans we should continue to give them to others. We cannot use Krsna’s name without them, because His name and form contain them. One who sincerely chants His name and serves Him with devotion will develop absolute truthfulness, beauty, love and freedom.”

“Again, we must turn our sights inward and observe our own anartha, not being too much concerned about other’s anarthas. I have seen reformers in the past, who wielded strong criticism toward others, but had not pointed their critical facilities toward their own hearts. The reformers should reform themselves at least as much as they try to reform others.”

I do hope that this will inspire devotees to read that book. Even if one cannot access the book right off, to think serviously along these lines.

How Studying Science Strengthened My Faith