Cause of all Causes 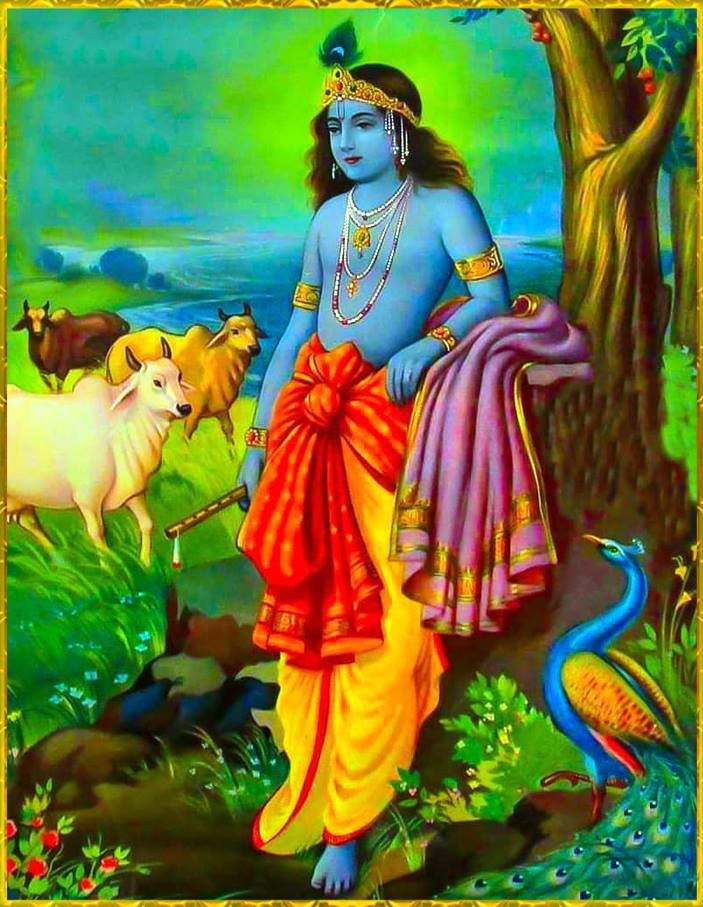 Cause and Effect are the natural phenomenon in this material world. Every Cause is followed by an Effect and every Effect has a Cause.  This phenomenon of cause and effect is explained in Vedic texts as well as in the modern science alike. Newton’s law states that every action has an equal and opposite reaction and similarly in Vedanta Sutra, the Cause and effect phenomenon is explained in great detail. Knowing this truth, we generally tend to look at the cause and effects with our limited vision and blame or praise certain cause for the effects that we may enjoy or suffer during the course of our journey through life.  For example, if we obtain something desirable, for instance, if we obtain a promotion, we give the credit to our boss and think that it is because of him alone that we are getting this raise, or some others think that because of their performance alone they are getting this promotion. Similarly when we obtain something undesirable or if someone has broken our heart, we tend to blame the other person of being the cause of this sorrow that we are getting.

It indeed is true that our boss or our performance did play a significant role in getting us the promotion or the person who broke your heart certainly played a vital role in your sorrow. But they are not the causes of it; they merely are instruments through which we receive the so called sorrow or happiness. They are the immediate causes that come to our mind for the effect we are experiencing. Brahma Samihata verse 5.1 explains that the cause of all causes is the supreme personality of Godhead Sri Krsna.

” Kåñëa who is known as Govinda
is the Supreme Godhead. He has
an eternal blissful spiritual body.
He is the origin of all. He has no
other origin and He is the prime
cause of all causes.”

What does it mean when we say cause of all causes? Cause of all causes means that whatever we see in our purview is emanating from Lord Sri Krsna.  So some may ask then what is the cause of Sri Krishna, that is why the verse mentions anadir adir govinda, which means Govinda, or Lord Krsna is the cause of all causes but he has no cause he is svarat or independent. We the living entities have been conditioned by material nature to always think in terms of cause and effect within the limits of time. We do not have the conception of eternality. That is the reason we always think of everything as being born and everything will be destroyed, though this is true in connection to this material world, this is not true to a parallel existence beyond this material world which is called as spiritual world, though the information of the spiritual world is unknown to the modern science, nevertheless descriptions have been mentioned in the Vedic literatures regarding the nature and quality of the spiritual world. Lord Sri Krishna briefly mentions about the spiritual world in the fifteenth chapter of Bhagavad-Gita as,

na tad bhäsayate süryo
na çaçäìko na pävakaù
yad gatvä na nivartante
tad dhäma paramaà mama [ B.g. 15.6]
“That supreme abode of Mine is not illumined by the sun or moon, nor by fire or electricity. Those who reach it never return to this material world.”

So As per the verse in Brahma Samhita, Lord Sri Krsna is the supreme cause of all causes. That means whatever good or bad we receive in our lives has its root cause coming from Lord Sri Krishna. But of course that should not mean that we blame Krishna of everything that goes wrong in our lives and for whatever good we obtain we praise him a little but within we believe that we are the cause of that. Although the ultimate cause in undoubtedly Lord Krishna, the respective happiness or sorrow which we receive in the material world is not his wish, whatever we received is based on our immediate cause, i.e. our actions. As per the law of Karma we shall reap what we sow, that is sure, but the cause of that law is Lord Krishna, hence the cause of all causes is Lord Sri Krishna.

With a simple example we can explain the above facts. In today’s modern world, advancement of technology and machinery is of a great amazement to common mass of people and often people, who are not well versed with science of God, conclude that man’s intelligence surpasses everyone and hence human intelligence can make everything possible, there are attempts to scientifically create life also, although they have not been successful. In short with advancement in technology modern man is trying to compete with God. This foolish proposition is a result of lack of knowledge about the greatness of God and ignorance of the fact that he is the cause of all causes. Even though man has become successful with much advancement in technology and science, but the prime questions is who the cause for developing human intelligence is. Certainly human beings have not developed intelligence in laboratories, moreover when the child is in mothers womb, the developments of the child taking place in mothers body in an organized manner at perfect times without any external assistance should convince any sane man on God’s wondrous and perfect workings. Exactly after 8 weeks child’s hands and legs begin to form, after a period of 9 months the baby is intelligent enough to know that it is time for it to come out of the womb and makes attempts to break free.  So the question may arise as to who is the cause of this intelligence?

The astonishing achievements in technology and machinery requires lot of material things, like computers require iron, plastic etc. we get all these from nature and nature is one of the energies of God as mentioned by Lord Sri Krishna himself in the Bhagavad-Gita . Hence the ultimate cause is Sri Krishna.

mayädhyakñeëa prakåtiù
süyate sa-caräcaram
hetunänena kaunteya
jagad viparivartate [B.g. 9.10]
” This material nature, which is one of My energies, is working under My direction, O son of Kunté, producing all moving and nonmoving beings. Under its rule this manifestation is created and annihilated again and again.”

So if one gets a promotion or if someone breaks your heart, one must remember, that the person who has become an instrument in these effects is not the ultimate cause, though we appreciate their contribution, we must always remember the cause of all causes is Lord Sri Krishna. The so called happiness or sorrow that one receives in this world is result of our own activities, but it is comes to us in different ways and through different mediums, And if one remembers always that Lord Sri Krishna is the enjoyer, proprietor and a very compassionate friend of all, one can understand that so called temporary happiness and sorrow of this world has no meaning. With the firm belief and trust on the judgment of the most compassionate friend Lord Sri Krishna, a person surrendered to the Lord takes every event of his life as a lesson knowing that God, will always want good for him. Lord Sri Krishna Himself mentions this in the 5th chapter of Bhagavad-Gita

bhoktäraà yajïa-tapasä
sarva-loka-maheçvaram
suhådaà sarva-bhütänäà
jïätvä mäà çäntim åcchati [ B.g. 5.29]
” A person in full consciousness of Me, knowing Me to be the ultimate beneficiary of all sacrifices and austerities, the Supreme Lord of all planets and demigods, and the benefactor and well-wisher of all living entities, attains peace from the pangs of material miseries.”

Like a concerned father in asks his sons and daughters to take shelter of him unconditionally in love and he will save his devotee from all the dangers, and in the form of Caitanya Mahaprabhu, Lord Sri Krishna Himself descended on this material world 500 years ago to show the people in general who had misunderstood his instruction in Bhagavad-Gita, on how to surrender to Krishna. To make things easy for the current fallen Age of Kali, he inaugurated the simplest form of process to surrender in love by chanting the holy names of God Hare Krsna Hare Krsna Krsna Krsna Hare Hare/ Hare Rama Hare Rama Rama Rama Hare Hare, which is joyfully performed by any kind of human being irrespective of caste, creed, sex, nationality, birth or status.

The Bizarre World of Sex and Death

Street Chanting in relation to Book distribution and in India