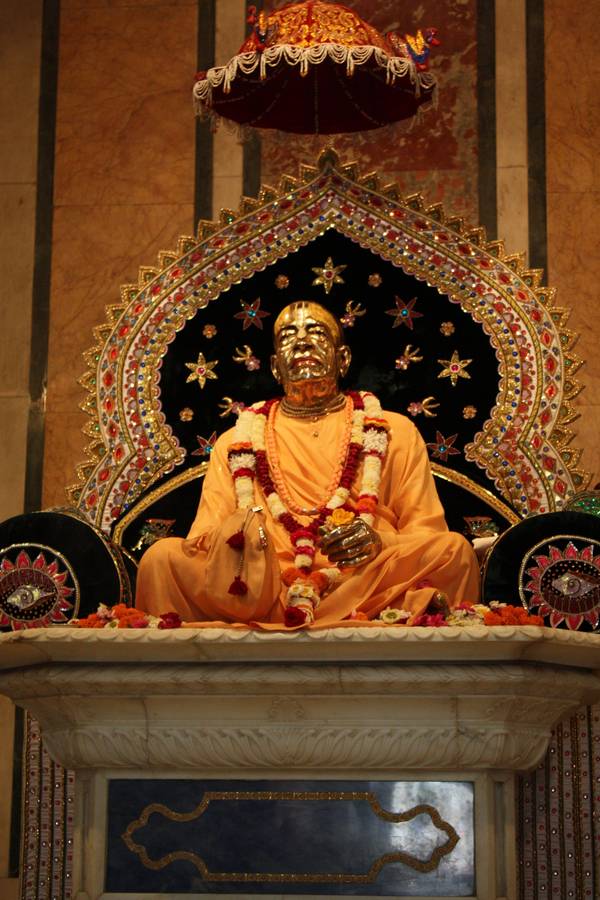 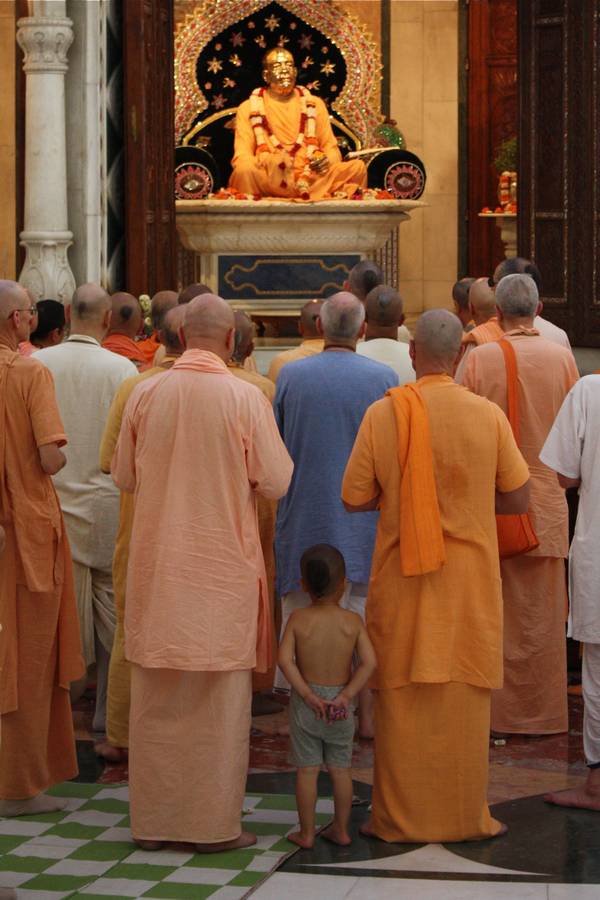 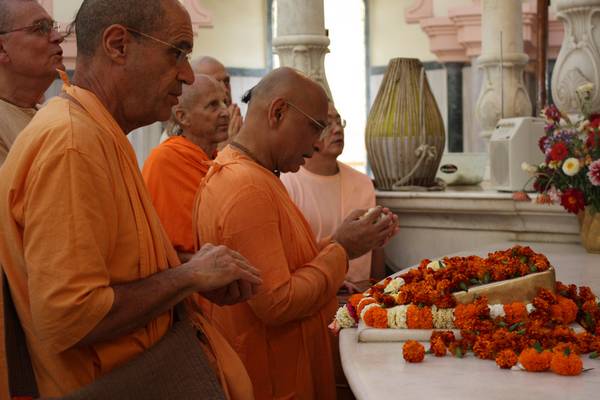 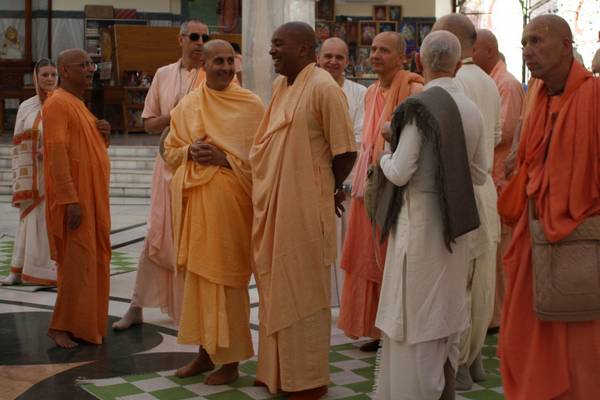 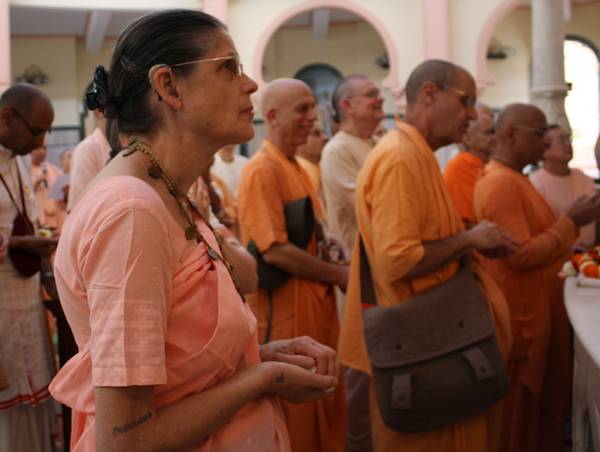 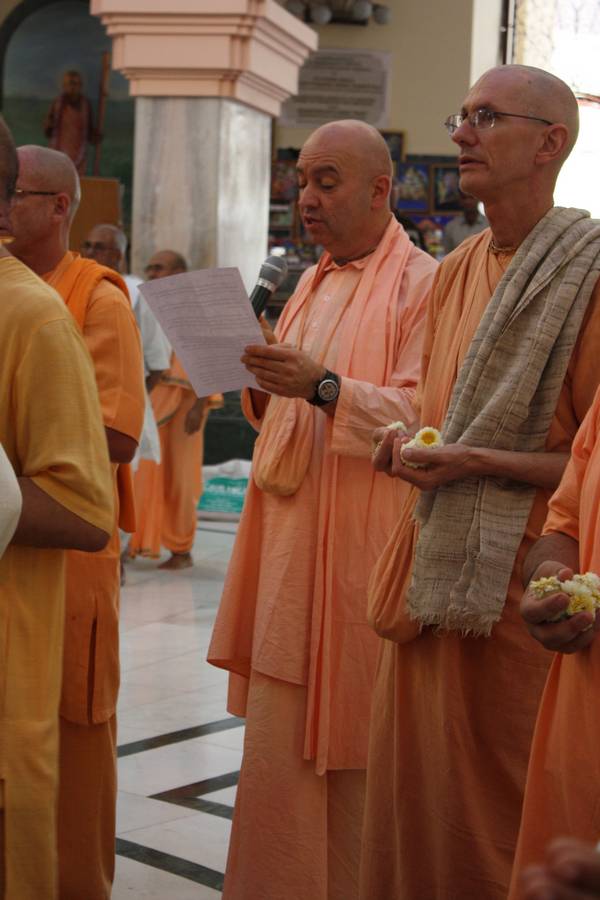 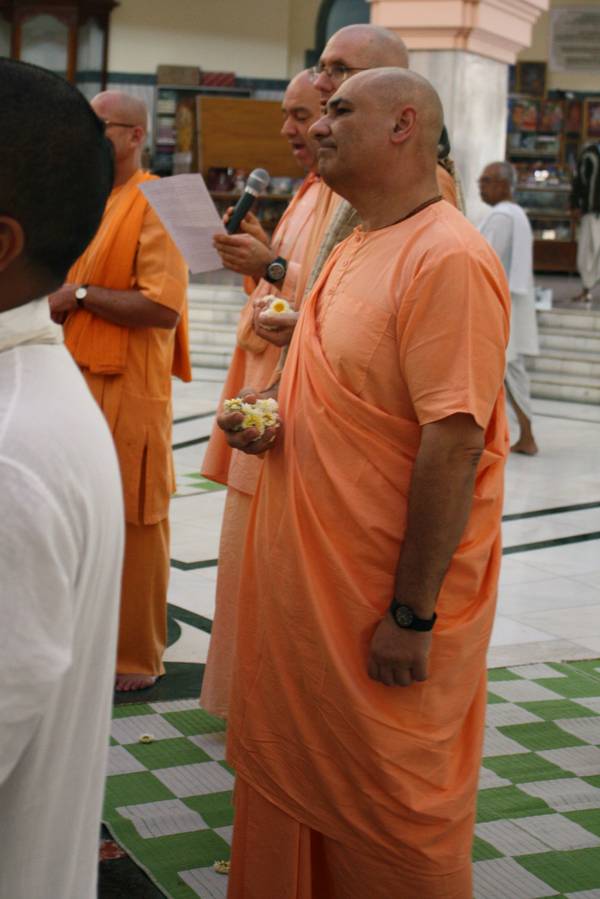 Every year during the Annual General Meeting (AGM) of ISKCON’s Governing Body Commission (GBC), GBC members reaffirm their Oath of Allegiance. This year GBC members gathered in Srila Prabhupada’s samadhi in Sridham Mayapur for the event, and Bhakti Marga Swami led the recitation of the Oath. The following is the Oath of Allegiance and photos of the occasion.

1. To accept His Divine Grace A.C. Bhaktivedanta Swami Prabhupada as the Founder-Acarya and Supreme Authority of ISKCON. To follow his teachings, instructions and directions.

2. To accept the Governing Body Commission of ISKCON as the ultimate managing authority of ISKCON as directed in Srila Prabhupada’s last will and testament.

3. To abide by the Society’s spiritual rules, namely no illicit sex, no intoxication, no gambling, no meat-eating and chant a minimum of sixteen rounds of maha-mantra japa every day. To follow the principles set forth in Srila Prabhupada’s books.

4. To accept that all ISKCON’s funds, assets and properties under my control or direction, including anything ISKCON may have acquired under my direction, is the sole property of ISKCON and in the event of my death, resignation or other relinquishment of all ISKCON responsibilities, all these shall accrue solely to ISKCON and at all times I shall have no claim on them whatsoever.

5. To be guided by the spiritual directions of ISKCON’s management, to cooperate with the local GBC representative, and to fulfill my duties in a serving spirit never intentionally acting against ISKCON’s interests.

6. I will maintain the spiritual programs, standards, and teachings established by Srila Prabhupada in the projects and with the devotees placed in my care. I further agree not to involve the Society or those devotees placed under my care in any activities contrary to the above mentioned principles.

One Response to “GBC AGM Report- Oath of Allegiance”