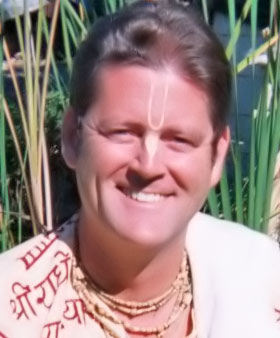 Proceed With Caution
I am hesitant to enter into the philosophical discussion that has evolved in regards to how best to manage the Danudhara Swami conundrum because I believe Satyaraja has already done an excellent job reminding anyone who wants to have the honor to wear tilok on their forehead, that they are expected to think, behave, and carryout jurisprudence on a higher standard then a hate filled vigil anti lynch mob.

The fact that some of our Vaishnava Youth were seriously traumatized for many unfathomable reasons, during their prime development years makes any introspection about ISKCON gurukula and Dhanurdhara Swami a very delicate discussion that must be approached with extreme caution and code-red sensitivity by all sides.

Child abuse is so heinous that it becomes virtually inexcusable for anyone to not immediately send out the posy to find the perpetrators and then commensurate with those who have been mistreated. That is understandably an essential part of the healing process, but we must also be careful not to make the mistake of falling into a frenzied “Group Think” mentality that can become so vitriolic we stamped over the Vaishnava principals that His Divine Grace A. C. Bhaktivedanta Swami entrusted us to preserve!

That is exactly why I appreciate the good scriptural evidence Satyaraja has provided to remind us about being careful not to act in haste in regards to ostracizing Dhanurdhara Swami. Satyaraja has presented such a nice philosophical appeal to reason, that I will not attempt to restate what he has already done so well. Instead this paper adds some practical comments to further support his conclusions under the “Utility” node of the maxim often quoted by His Divine Grace: “Books are the Basis, Preaching is the Essence, Utility is the Principal, and Purity is the force.”

Click here to read the rest of the article

The most honorable position

I beg your pardon