We Have a Country – How Are We Going To Run It? 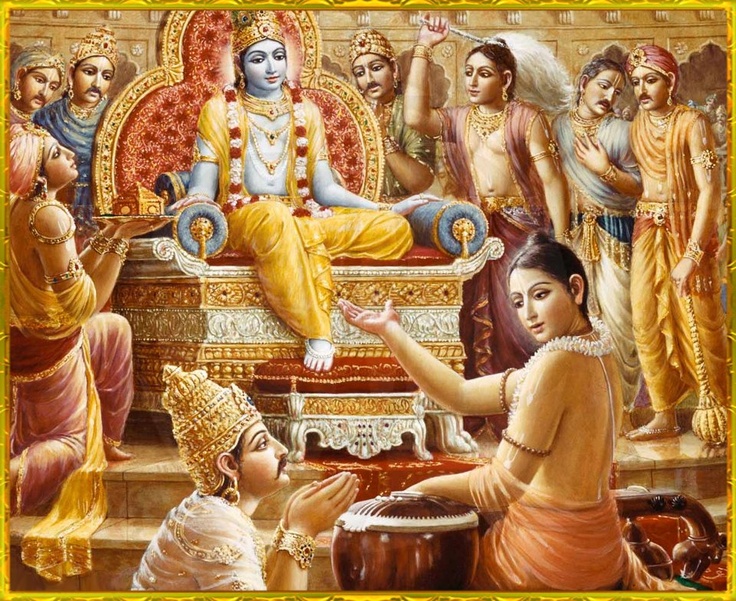 Let us say we won a general election. A majority vote sweeps us into power. All state resources are at our disposal. There will still be a democratic opposition in place, but they will want to see how we give all citizens of the land a Vedic alternative. Where do we start?

Sometimes devotees in their exuberance will say, “We’re going to take over the entire world.” Lord Chaitanya’s prediction has to materialise, but the sombre realities of actualising Vedic models of civilisation with VAD in mind, may prove complex or simple, depending on what opposition or social factors impede us.

In this sample, we shall use a small nation like Mauritius or Uruguay and similar countries that have little or no natural resources like oil and gas to potential fund an envisioned national transition to a Vedic model. This is to give some idea of the magnitude of the task at hand considering how a total civilization and its conditioning has to be undone, then replaced, with expected social upheavals and testing international relations.

This depends of course on how quickly we want to implement changes. It may be gradual. But if we only have a four or five year term in office to prove ourselves, there will not be much time, especially when opinion polls register initial public displeasure. We could do away with democracy altogether, in which case the political backlash will be even greater.

Whether a disaster happens, or a devastating economic collapse or we win a general election, many unthought-of matters will confront us. A nation with millions of multi-ethnic and religious people and complex institutional and constitutional mores, will present challenges far greater than what we expect in an average temple.

Since many of our solutions are quite extreme by modern standards, we’ll have to present our case without causing fear and apprehension, otherwise ideas of backward out-dated connotations will hinder us. We have to be futurists with a heart.

One of the first intentions may be to dismantle the four pillars of Kali-yuga — (Meat and fish industries and all subsidiaries, Brewery, drugs, tobacco and general intoxication links, Casino and gambling outlets, and illicit sex related enterprises). A high percentage of citizens will depend on these four for their livelihoods. Such will cause widespread and massive unemployment, and has to be met with solid viable and workable alternative replacements.

An economic plan must explain how, when the four pillars are dismantled – and along with that, a major withdrawal of substantial financial investments both local and overseas, from the stock exchange – will leave government coffers almost empty because all tax revenue from them will be lost. What economic alternatives are there besides having an agrarian revolution?

If the big revenue earning four pillars are gone, so does a lot international investments. Our Stock Exchange will hardly function because most, if not all corporates will withdraw finances. How are we going to earn substational revenue to maintain national infrastructures like the military, education, hospitals and the salaries of all personnel? So we try and become self-sufficient – another democratic test.

Agrarian earnings alone will not be enough to replace lost tax revenue required to maintain the defence force, police, civil workers, national maintenance like roads and the rest. If we choose to break off from world trade deals and go local or national, an economic plan that ensures parity of national income must be in place.

First off, the running of the country will be closely monitored by independent watchdogs, media outlets, diplomatic corps, NGO’s and of course, the opposition. If at present we are unused to opposition checks and balances, we’ll be sorely tested during parliamentary proceedings and constant public scrutiny.

If this is undesirable and we wish for a theocratic/monarchist setting, then an enticing referendum for the public might be needed, to know if the majority wants this, along with controlled access to information and “The right to know,” with restricted media and opposition politics – an unlikely outcome.

Unless otherwise stated of our intentions during electioneering, any move to get rid of democracy will meet with vehement protests both at home and abroad. We’ll have to go the democratic route. Otherwise, other nations will see us as no different from other totalitarian states. It’ll be bad preaching. To have a King as Head of State will require major constitutional changes. Is there such a thing as an electable King? A good two or three term in office may lead to this, if the populace is still happy by then. The constitution will have to be drastically revised pending Vedic changes.

Bear in mind that whoever runs the country as Prime Minister or President elect – until a monarchy is installed, will not want to earn the 10% or so of national karmic reactions. Social and democratic change, and weaning the populace away from the four pillars may have to be gradual. If not, then expect international pressure to bear, along with possible economic sanctions and the like.

This area of concern may initially raise more questions than answers. After a year or two, public opinion will gauge our performance. If Krishna consciousness is the panacea for the ills of society, then we had better make it truly attractive so that mid-term elections are won. People have to feel they are not being deprived of their human rights. Human rights cover many aspects of social life and are normally liberal. Are we going to break that mould?

We probably informed potential voters of our intentions for mass Harinama Sankirtana. Will this be compulsory broadcasting over the airwaves on all TV channels? What type of content is to be allowed for TV and cinema? Will journalists be free to report on inconsistencies and transgressions in the ruling party? Will the death penalty be reinstated? How radically are we going to change the education system?

Will the state monopolise all national communication and information? Will there be a drift towards communism with God at the centre? Will abortion be made illegal, even in the case of women being raped with unwanted pregnancies? Are sporting activities to be discontinued because some will say they are frivolous? Will the judiciary remain independent from government control? If the military are not happy with affairs, is there a guarantee they will not revolt or attempt a coup?

If people use satellite TV to watch illicit overseas entertainment, how will they be dealt with? The four broken pillars will go “underground” or operate on the black market, how will our law and order respond? Will the engaging in any or all of the four pillars earn tough punishment, except for some minorities? Not everyone will have the sukrti to appreciate Harinama Sankirtana and will prefer mundane pursuits, so will this be allowed?

With major revenue loss from the absence of the four-pillar supports, it would be a matter of urgency to relace it. We’ll likely start an agrarian revolution. But would agriculture produce earn enough? Unlikely. We’d have to rely on existing manufacturing sectors and jack up exports. To diversify into “Green” technology would help. But time is all important, because people are generally impatient. Four or five years is too short to earn the benefits of manufacturing changes.

We would have to lobby friendly nations to invest with manufacturing zones. Are we willing to mass produce vehicles, electronics and other technological items for export? Money has to come from somewhere.

By this time the infrastructures will start to feel the strain. If we are unable to compete and trade as per WTO compliances, we’ll have to plead our case at the UN and begin self-sufficiency models of sustenance. This is after we have paid off all debts to creditors, thanks to the previous government leadership – another drain on state coffers. Other nations will begin to view us with suspicion as we isolate ourselves more. We wouldn’t want to degenerate into a Banana Republic.

If we have oil and mineral resources, are we willing to invest in exploration to extract these through mining and drilling? Are we going to prohibit all fishing industries? If we do, then other nations will send their shipping fleets to take over our “economic zones.” By this time, our increasing isolation will enable other nations to stake a future claim over this nation, because we’ll hardly be able to afford a defence force. We need only observe how competitive is the future claims for arctic territory to understand this.

If other nations suspect we may be marginalising religious grouping for dietary purposes and other “human rights” infringements, we can be sure our diplomats in those respective countries shall be invited for meetings to hear of concerns. Besides, numerous overseas diplomats will be stationed in the country to further observe our progress.

If we retain or develop certain manufacturing or trade possibilities, we can still do business with established economies. Provided our national leadership is seen as fair and equitable there shouldn’t be any preconditions for normal trade. We shall need alliances, especially with permanent UN security members at least.

And on it goes. This is a small and incomplete sample, but it is enough to help us think and plan. Any blueprint for a future Vedic society including VAD will have to incorporate the above scenarios.

The Ramayana – A Summary

“TWO” SHORT TO ROPE THE UNIVERSE