We also request the following precautions: . Anyone involved in cooking or serving prasadam must wash their hands every twenty minutes with hot water and soap for twenty seconds. Servers must wear disposable gloves. . Anyone showing any symptoms of any illness should remain out of the kitchen and also not serve prasadam. . Avoid shaking hands. 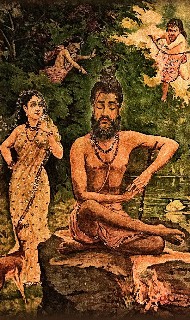 When the media assault our eyes with images of half-naked bodies, lawmakers fight back with anti-obscenity laws, and the media complain that the government is policing personal morality. "Who are you to restrict our sexual enjoyment?" cry the libertines. "Ubiquitous sexuality," say the cultural conservatives, "degrades society." Everyone cherishes the right to enjoy life, and libertines, to defend themselves, appeal to this right. But could they be defeating the very purpose they clai...

All Devotees Should Write 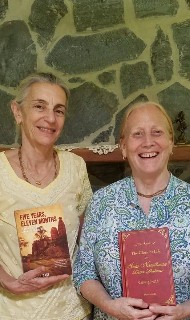 If you sit down and write some article on Krsna, that means you have to concentrate on Krsna's activities or Krsna's devotees' activities, and that very process will purify your heart. Therefore we always recommend to our students that you write articles, read our magazine, read our book 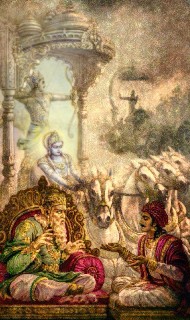 The dialogue of Bhagavad-Gita was transmitted as a live commentary from the heart of Sanjaya to Dhrtarastra. Such mystical ability did not require communication masts or radio waves, but the grace of Guru, in this case Srila Vyasadeva. Srila Prabhupada writes: “….one has to understand Krsna not directly but through the medium of the spiritual master. The spiritual master is the transcendental via medium, although it is true that the experience is still direct. This is the mystery of the d...

In light of the seriousness of the situation, we request all of our ISKCON communities, temples, and centers to adhere to the following recommendations: Temple events will continue as scheduled. However, we request that you do not visit the temple if: . You have any symptoms of COVID-19, the illness caused by the new coronavirus -- fever, cough, or shortness of breath. . You have been around anyone else with the above symptoms. 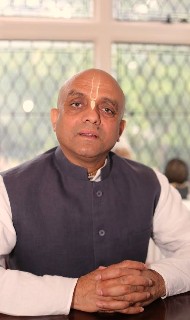 The last month has been a rollercoaster journey. For over 40 years I have spoken about the harsh reality of life in lectures, funeral sermons, congregational gatherings and personal meetings. Now I am facing those same realities in my own life. It is not an easy pill to swallow. The Bhagavad-gita explains that we are spiritual beings on a material journey. This life is simply a chapter, and according to the spiritual consciousness we develop now, the rest of the sto...

Japa And The Opening Heart 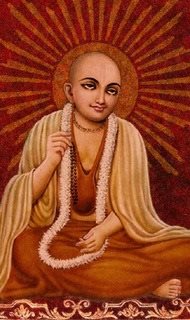 O Krishna! In Your absence every moment lasts for years. The whole world seems so empty that my eyes are raining tears. When we no longer expect happiness from illusions, we naturally expect happiness from Krishna. Yet the ever-independent Krishna may or may not give it. Happiness accompanies Krishna, who comes and goes at His own sweet will. Very advanced devotees find ecstasy in separation from Krishna; beginners may struggle. Still, when Krishna leaves us, where else in creation can we turn? We must call out for Him. If fact, when we don’t feel Krishna’s presence ... 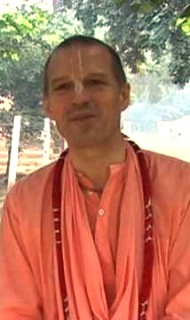 The moment you are proud, you lose your vision. Humility grants perception of reality. In the words of the Bhagavatam, "the earth appears spinning due to one's spinning his eyes around" - that happens due to pride. Pride comes from a form of lust. Krsna is time and He desires to destroy all the obstacles for devotees. Especially pride. Once I told you a story about a king asking a minister, "What is God's daily work?" ... Then priests were asked.... Finally a shepherd, seeing a fleeing, asked the priest about ...

Relativity and the Path to the Absolute 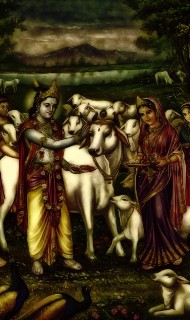 Later, after becoming a devotee, I discovered that according to the Vedic teachings my assertions were right. But now I could understand something about the nature of that absolute reality: It is Krishna. Everything we see in this world comes from one of Krishna's many energies. But His illusory energy (maya) keeps us from perceiving things properly. Just as a magician can make us think we're seeing something that's not there, Krishna uses illusion to create our supposed reality. One mi...

For me you exemplify the perfect gentleman, the perfect vaisnava gentleman. In your company I never felt any anxiety only love, kindness and support, you really were a living example of a true ever well-wisher. I do not think I was unique, or that you necessarily gave me any special attention or mercy, so I am sure whoever reads this will be able to relate to the words I'm writing. That said I always felt your sweetness and attentiveness to this fallen soul was exclusive to me, a testament to another one of your many wonderful personal qualities. 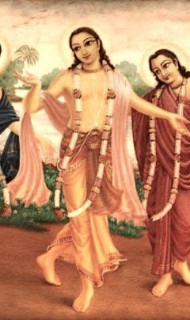 What to speak of being envious of the Vaisnavas, if one causes pain to ordinary living entities he is considered a fallen low-class person. Even after worshiping Lord Visnu, if a person gives trouble to other living entities, his worship becomes fruitless. Such a person suffers unlimited miseries. If a person is knowingly or unknowingly envious of a Vaisnava who is engaged in the nonduplicitous service of Lord Hari, his degradation is inevitable. Of this there is no doubt. Apart from this, if e...

A Bhagavata Philosophy Of Education You are asking what should your preaching work be now that you are attending the university. So the ﬁrst preaching work is that yourself should become an ideal devotee. Lord Caitanya said that one should ﬁrst make himself perfect and then attempt to instruct others. There is no point in telling another man to stop smoking if you yourself are smoking cigarettes. Even though you are mixing with all kinds of the student class at the university, you must strictly... 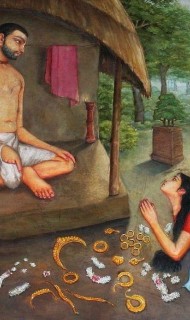 Kama (Cupid) possesses five arrows, with which he inflicts all conditioned living entities. According to Sripad Prabodhananda Saraswati (in his commentary on the Gita Govinda), these arrows are: infatuation, agitation, heart-burning, extreme dryness and destruction 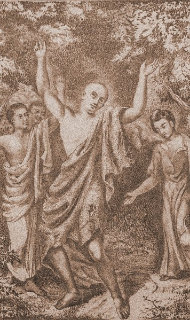 Cutting through the web of illusion, The overflowing ocean of mercy called Sri Nityananda Rama Ordained that the flood of love of God bestowed by Him be distributed throughout the world. Unfortunately, those persons to whom the noble responsibility was given to spread this divine God-consciousness Were tragically stricken by the disease of caste-consciousness, And in their hands which were always busy performing formal ritualistic ceremonies, the exalted title “Goswami” became merely another family surname, And the channel of divine current became blocked. Therefore you ... 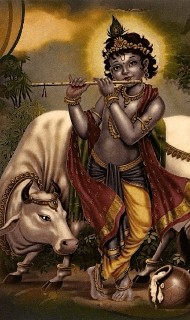 In its most recent survey on the subject of God, the National Centre for Social Research found that some ninety percent of us claim to be believers. One in five even said they had no doubts about God’s existence. Such statistics are perhaps surprising, given that education today tends to steer us toward more atheistic notions such as the’ Big Bang’ and evolution. Surprising also in the face of the widely touted suggestion that religion is the cause of most ...

The Vedas Say They MUST be Shared With Everyone

For those of us who have traveled the length and breadth of India, there are many temples that have allowed us in and left indelible and inspiring memories for our spiritual progress. There have also been some temples who have kept us, as Westerners, out, or even kicked us out after we have already entered, as if they do not want to share their culture with us, or anyone they feel does not meet their requirements

The Miracle of Mahaprabhu 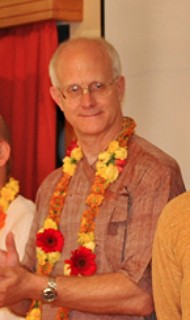 Among social reformers and spiritual teachers of the past, Sri Caitanya Mahaprabhu stands out. Today, in a period of great cynicism, lack of faith in leadership, and growing tension between peoples and cultures of the world, Mahaprabhu offers us a practical formula for social renewal and self awareness. 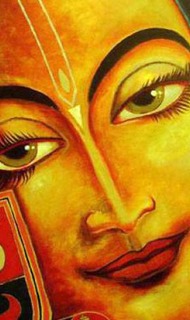 The situation in Navadvip and the whole of India that time was that people were religious but they were not spiritual. They were religious just to show on the outside but actually they did not know the purpose of religion. People spent a lot to marry off their daughter, to put on a big show to show that they were very religious. One such wealthy had no more daughters to marry off then he married a female cat or a female dog or some demigod. So this was not even in scripture. Marriage is for human beings. Like that they were doing all sorts of bogus religious activities just to show off. T...

Gaura-Purnima, the full moon of the month of phalgun 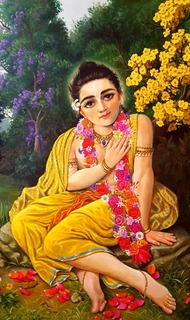 Today is Gaura-purnima day. The purnima, the full moon of the month of phalgun. These two months, phalgun and caitra is the vasanta season, springtime in India. In India there are six seasons and each season consists of two months. 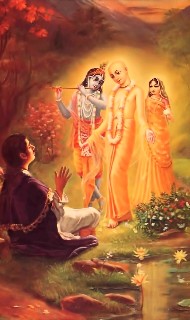 When Sarvabauma denounced himself as an offender and took shelter of Lord Caitanya, the Lord wanted to show him His mercy, so He manifested His four armed Visnu form. Then, just after this, He manifested His original two-armed Krsna form, with a blackish complexion and a flute near His lips. When Sarvabauma Bhattacarya saw this, he prostrated himself before the Lord. Then he arose and with folded palms offered Lord Caitanya prayers of glorification. By the Lord's mercy, all truths were rev... 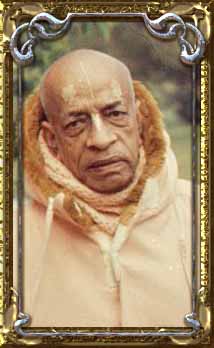